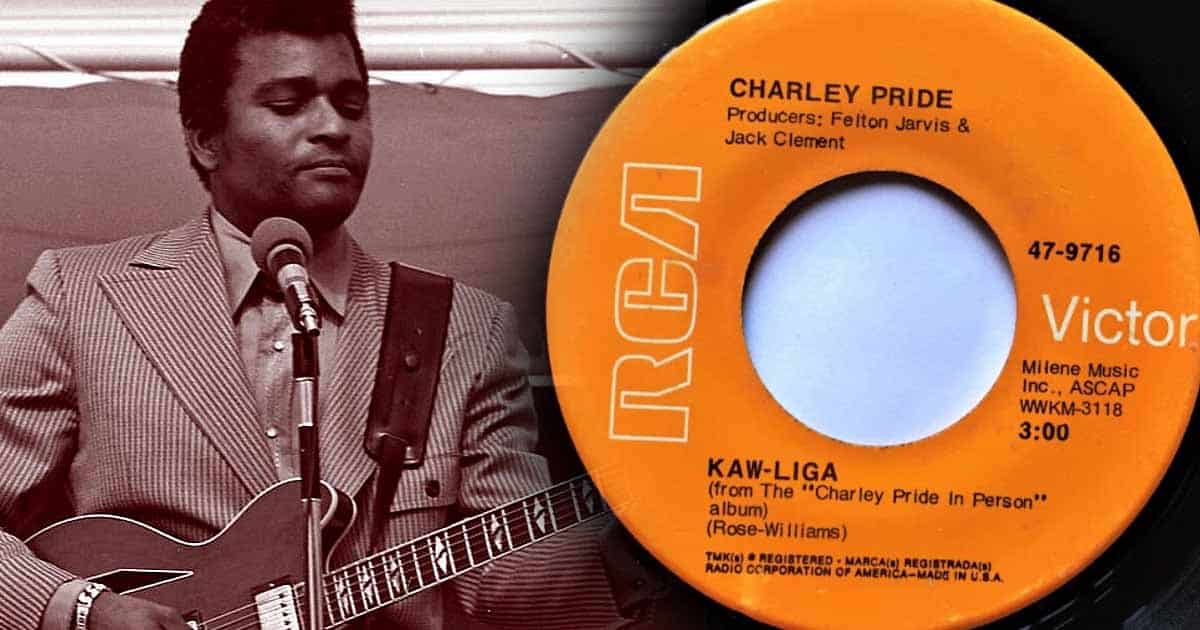 In 1968, Charley Pride was a rising star performing live at Panther Hall in Forth Worth, Texas, where he debuted renditions of his own hit songs while also bringing classics into the fold. This includes “Kaw-Liga,” Hank Williams’ first posthumous single.

That live performance was then recorded and released a year later, called Charley Pride in Person. It peaked at No. 1 on Billboard’s Top Country Albums chart, with his rendition of “Kaw-Liga” reaching No. 3 on Billboard’s Hot Country Songs chart.

Charley Pride in Person was the first major live album released by a Black country artist. It later became a refreshing and vital part of music history that portrays a pioneering star on the abyss of unparalleled success. Other songs of Charley Pride found in the album are “Got Leavin’ On Her Mind,” “The Image of Me,” “The Last Thing On My Mind,” and “Crystal Chandeliers.”

From One Legendary Artist To Another Country Legend

“Kaw-Liga” was one of the handful of songs legendary artist Hank Williams co-wrote with Country Music Hall of Fame Songwriter Fred Rose.

The country classic, which tells the story of a popular wooden statue that fell in love with an Indian maid but was sadly never able to show his true feelings, was originally recorded by Williams during his final recording session in Nashville. It was then released as his first posthumous single in 1953 following his unexpected and shocking death.

Nearly two decades later, Charley Pride‘s impeccable vocals brought the classic tune to life once again. With the help of his backing band that includes a contingent of Nashville session players, Pride’s rendition of “Kaw-Liga” captured the entire nation’s attention – paving the way to more than twenty country No. 1 hits in just a decade’s time.

In 1980, Pride re-recorded “Kaw-Liga” off the album There’s a Little Bit of Hank in Me, where he performed songs previously written and recorded by Hank Williams. The album also topped Billboard’s Top Country Albums chart.

You can listen to Charley Pride’s rendition of “Kaw-Liga” in the video below.

‘King of the Hill’ Reboot Is Coming to Hulu
Nashville Hitmaker Peter McCann Dead at 74
Your Ultimate Guide to the Carrie Underwood and Mike Fisher Relationship
Tom Petty’s Spectacular $9.85 Million Malibu Beach House for Sale
Morgan Wallen Will Drop 36 Songs on the New Album ‘One Thing at a Time’