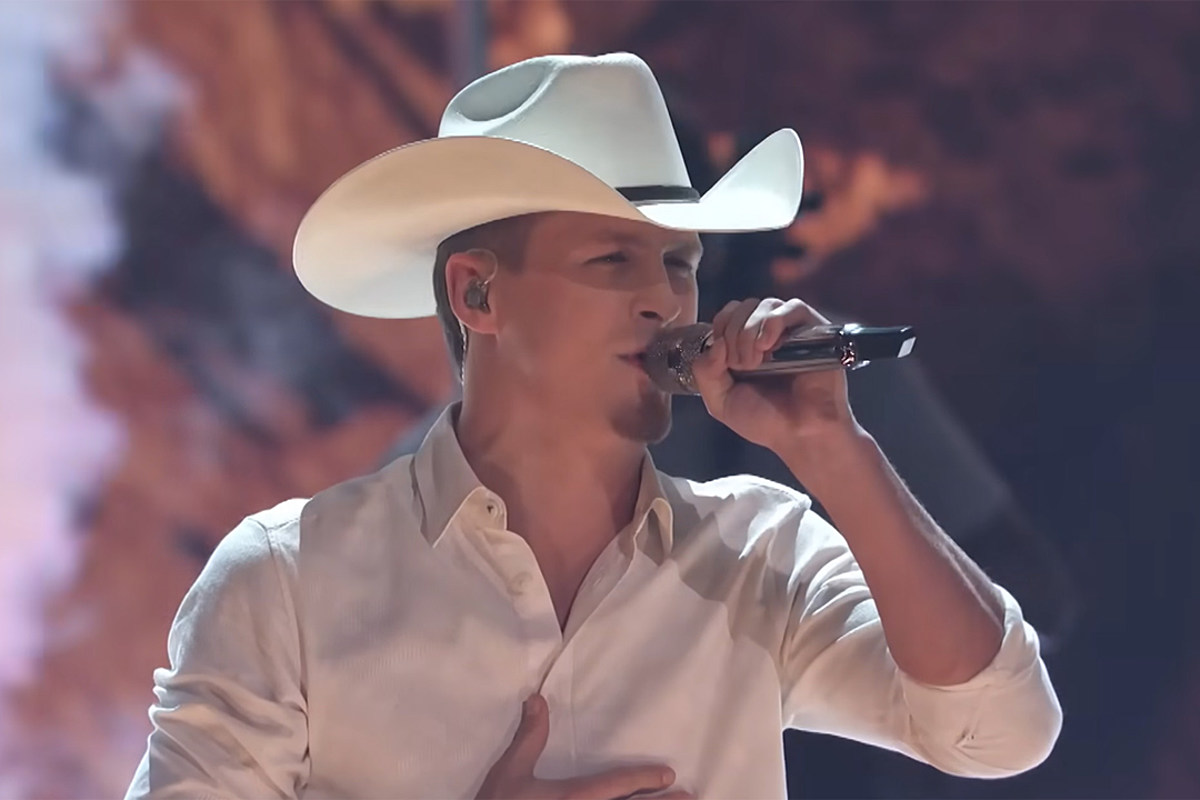 Bryce Leatherwood graced viewers across America on Monday evening (Dec. 5) during the live semi-finals on Season 22 of The Voice. Dedicating his latest performance to the people who mean the most to him, the 22-year-old Georgian delivered a heartfelt rendition of Justin Moore’s “If Heaven Wasn’t So Far Away.”

Last week, Leatherwood opted out of wearing his signature cowboy hat when he channeled a rendition of Morgan Wallen’s “Sand in My Boots.” This time, however, he brought back his Stetson, but used it as a stage prop for a portion of his performance.

Leatherwood appeared seated on a stool, wearing a white buttoned-down shirt. A full band joined him as he offered up a meaningful cover of the touching country ballad. Toward the end of his performance, a pair of blue curtains behind him dropped to show an incredible backdrop of mountain ranges and majestic scenery, which provided viewers with a fitting visual element to go along with Leatherwood’s deep baritone vocals.

At the end of the song, Blake Shelton was so impressed that he couldn’t help but get out of his seat.

“Gosh! It really moved me to see Blake get up and get excited,” Gwen Stefani said afterward. “I thought the reason why is because you’re authentic, classical and old school. Everything that you want to see in a country artist. You’re effortless at the same time. Yet, you have this crazy sort of star-quality stage presence. There’s this whole thing happening, and I think America can see that.”

“I’m like Babe Ruth. I’m pointing to the finale for you! Here’s why. You just engaged the army of country music fans who watch this show…. I’m not just saying that. That is the kind of performance, and you’re the kind of guy they want to represent them in this genre,” Shelton raved. “That was killer!”

Leatherwood has certainly shown up in his performances during his run on the popular reality competition show, which began with a blind audition singing Conway Twitty’s “Goodbye Time.” Thus far, he has only appeared in the bottom four once. That happened ahead of the Top 13, where he earned the sole Instant Save with Billy Currington’s “Let Me Down Easy.”

Reflecting on his current status heading into the next results show, Leatherwood said, “To be in the top 8 on The Voice. Man, it’s so hard to describe. It’s like, you’re living this dream, and it keeps happening every week. This whole ride has been the best experience of my life. Being one step away from the finale, I want to come out there with a fire in my chest and take these semi-finals by storm.”

The Voice will reveal the Top 5 artists for Season 22 during Tuesday’s Dec. 6 live results show. The Voice airs Monday and Tuesday nights on NBC.

Story Behind the Song: Chris Young, ‘All Dogs Go to Heaven’
Bella White’s Live Performance Of “Just Like Leaving” Is Nearly Better Than The Studio Recording
2023 Grammy Awards: The Winners List
Tyler Hubbard Goes ‘Dancin in the Country’ on ‘The Tonight Show’
Carly Pearce to Drop Live ‘Written in Stone’ Album