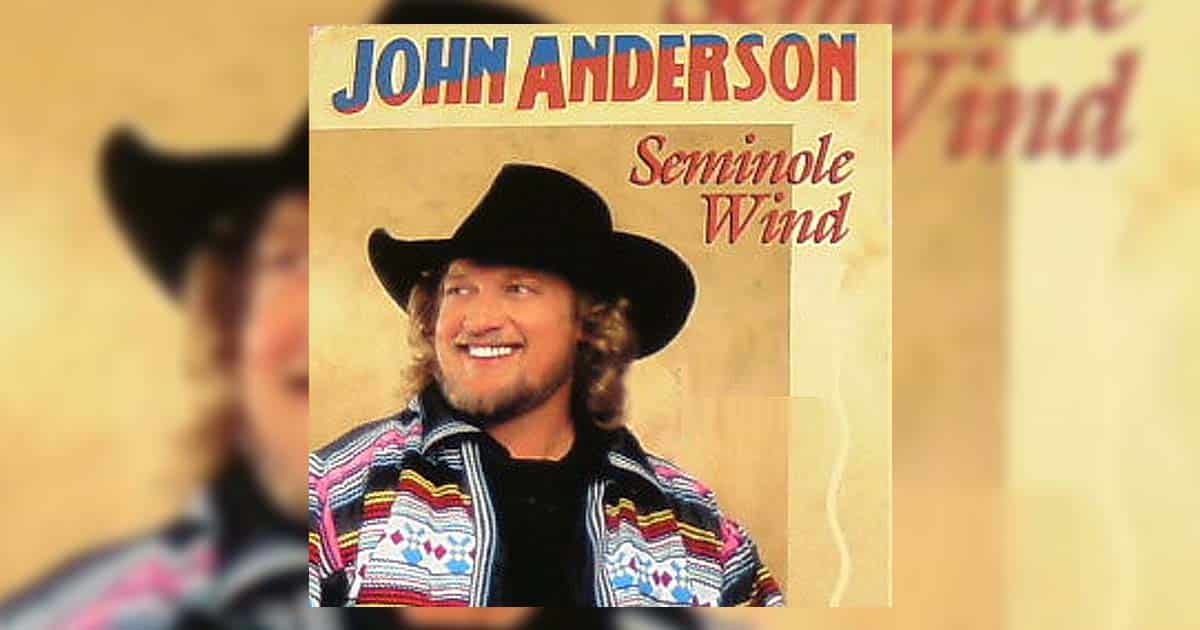 John Anderson’s 1992 single “Seminole Wind” is another number-one country tune that topped the charts. And John Anderson himself is credited with writing the said masterpiece.

“Seminole Wind” is a song about a group of Native Americans in Florida. The song lyrics are referred to the Seminole war leader Osceola, whose spirit protests against the depletion of natural resources for economic gain.

Due to the fact that John Anderson, a native Floridian, put his entire heart into crafting the song, it is said to be closer to Anderson’s heart than most people realize.

The song peaked at no 2 on the United States Billboard Hot Country Singles & Tracks chart and reached no 1 on the Canadian RPM Country Tracks chart. Prior to its single release, “Seminole Wind” was included on the B-side of the album’s second single release, “Straight Tequila Night,” which is also one of John Anderson’s greatest hits.

The song has a tone that is genuine and naturalistic. And as the lyrics were incorporated with John Anderson’s distinct vocals together with the soothing fiddle and piano tune, the song became “vividly imagistic,” as Deborah Evans Price of Billboard magazine called it.

Jim Shea directed the music video, which shows images of Indian lands, people, and customs. Alongside Anderson, other Seminole Indian tribes are seen performing in this song. In several images, Anderson may be seen traveling across the swamp on an airboat.

Before Anderson could film the tribes and their territory, he had to obtain consent from the tribes’ chiefs in the Florida Everglades, where it was filmed. In 2004 and 2008, it was included in CMT’s 100 Greatest Videos.

Having said that, if you’re looking for a song to remind you how vital protecting the environment is, and greed will get you nowhere at all. “Seminole Wind” by John Anderson is unquestionably the perfect music for you to listen to, and you can listen to it right now by clicking here.

On Faith and Promises: Patsy Cline’s “I Go to Church on Sunday”
Josh Turner’s New Tour Celebrates 20 Years of ‘Long Black Train’
Hailey Whitters Revels in Being ‘Everything She Ain’t‘ on ’Kimmel’
Nashville Hitmaker Peter McCann Dead at 74
Why Taylor Sheridan’s Wife, Nicole Sheridan, is Every Cowboy’s Dream