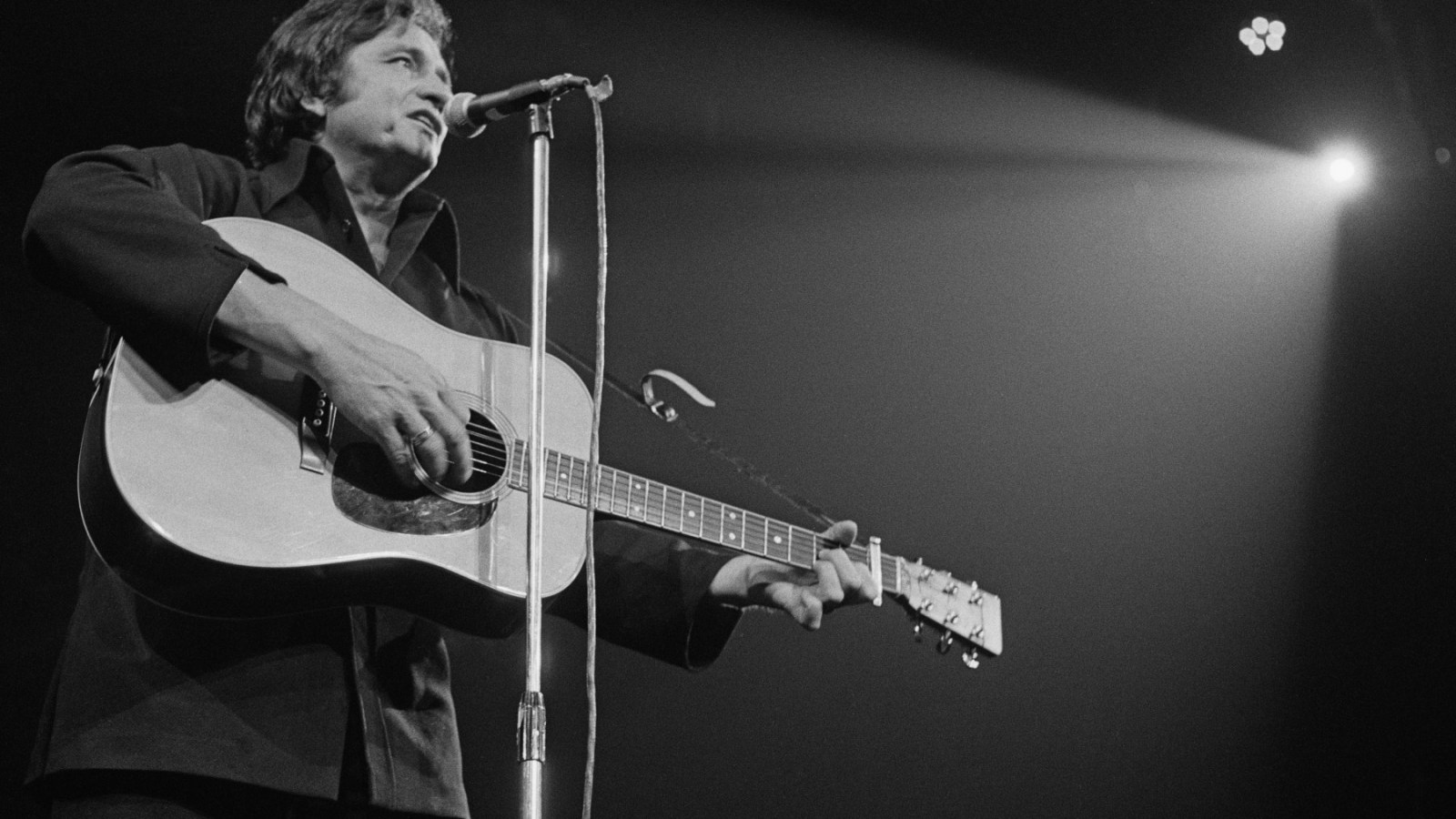 The defining moment of the new documentary Johnny Cash: The Redemption of an American Icon is when Johnny Cash says he found God in the darkness of East Tennessee’s Nickajack Cave in the fall of 1967. Cash, who retold the story many times in later years, was at the height of his fame and in the depths of his amphetamine addiction when he laid down in the cave to die before having a spiritual revelation: “I was going to die at God’s time,” he wrote in his 1997 autobiography, “not mine.”

For the filmmakers behind The Redemption of an American Icon, Cash’s tale of divine intervention in Nickajack Cave represents not only a turning point in his story but the single most important takeaway of his life. The film spends a full five minutes on the cave encounter — practically as much time as is devoted to his tenure at Sun Records or his near decade of recording with producer Rick Rubin.

But one of the many problems with framing Cash’s salvation around his literal come-to-Jesus epiphany is there’s a good chance it never even happened. According to Robert Hillburn’s definitive 2013 Cash biography Johnny Cash: The Life, the cave “was underwater in the fall of 1967, as a Cash historian discovered after an extensive check of weather records.”

Johnny Cash was a man of profound religious conviction whose life was shaped and informed by his Christian faith: he shared stages with Billy Graham, told the story of Jesus in a 1973 film shot on location in the Holy Land, and released a number of gospel albums. But Johnny Cash: The Redemption of an American Icon — based on the book of the same name by California mega-church pastor Greg Laurie and coming to theaters Dec. 5 — doesn’t explore the nuances of Cash’s spirituality. Instead, it glosses over the messy complexities of the country singer’s life to tell a convenient conversion story. As a piece of non-fiction documentary, the film lacks rigor (at one point, Laurie refers to Cash as a “living legend”). In its proselytizing, it reduces Cash’s arc to a moralizing (and sometimes factually inaccurate) narrative of sin followed by sober redemption.

By the movie’s account, Cash simply sobered up after Nickajack and enjoyed a stable, substance-free four-decade marriage to June Carter Cash. In reality, Cash’s marriage was tumultuous; at one point, Carter had an attorney draw up divorce papers. And both struggled with substance abuse; they each entered rehab in 1989 for a dependency on pain pills.

Occasionally, the film does stumble upon an interesting point, like the idea that Cash’s acclaimed 2002 cover of Nine Inch Nails’ “Hurt” was his own unconventional iteration of gospel music. But too often the narrative gets in the way of Cash’s remarkable career, art, and human story at the expense of its own evangelizing.

Which is kind of Greg Laurie’s thing: The pastor, an executive producer of the film, grew up in what he describes as the “Jesus movement” of the 1970s, in which the earliest seeds of Contemporary Christian Music were planted. In recent years, Laurie has written a series of books that use cultural figures’ varying degrees of commitment to Jesus as a means of spreading his own evangelism. “It appears John Lennon had an encounter with Christ,” Laurie said when promoting his book Lennon, Dylan, Alice and Jesus: The Spiritual Biography of Rock and Roll. “We might be surprised to shake the hand of the Beatle when we get to glory.”

Whether or not Cash himself would have approved of his faith, and his very life, being co-opted in this manner is up for debate. As the author Michael Stewart Foley argues in last year’s book Citizen Cash, the country icon has been used as a “blank screen” to project a wide spectrum of political identities since his death, from the Christian right to the progressive left. But Laurie’s views are clear: The pastor has professed strict opposition to abortion and homosexuality throughout his tenure on the pulpit. He was also among those who attended conservative Justice Amy Coney Barrett’s superspreader Supreme Court nomination event at the White House in 2020.

A pastor trying to add to his congregation by sculpting the stories of popular cultural figures to fit a particular narrative is nothing new. But The Redemption of an American Icon can’t make up its mind about whether or not it’s a mainstream account of a country music hero or a 90-minute church service. Authorized by the Johnny Cash Estate and produced by Robert Deaton, the longtime producer of the CMA Awards, it features a number of recognizable faces — including Sheryl Crow, Tim McGraw, Wynonna Judd, Jimmie Allen, Alice Cooper, and Cash’s son John Carter Cash — to offer the usual documentary talking points. There are stories about Cash’s humble Arkansas upbringing, about the rigors of the road, the temptations of drug use, and how he influenced artists that came after him, along with comments on Cash’s faith and character.

Laurie’s appearance in the documentary is a curious one. When he first appears on screen, he’s seated onstage at Nashville’s Ryman Auditorium and reciting Proverbs 22:6: “Train up a child in the way that they should go and when they’re old they will not depart from it.” He’s identified not as a pastor, but only as the “author of the American Icon series.”

Wait until the very end of Johnny Cash: The Redemption of an American Icon, however, and the film shows its hand. Following the closing credits, Laurie offers a six-minute sermon on how to become “born again, like Johnny Cash.”

“Johnny repented many times in his life,” Laurie says. “But…you must receive Jesus into your life.” If only Laurie hadn’t wasted 90 minutes before getting to his point.