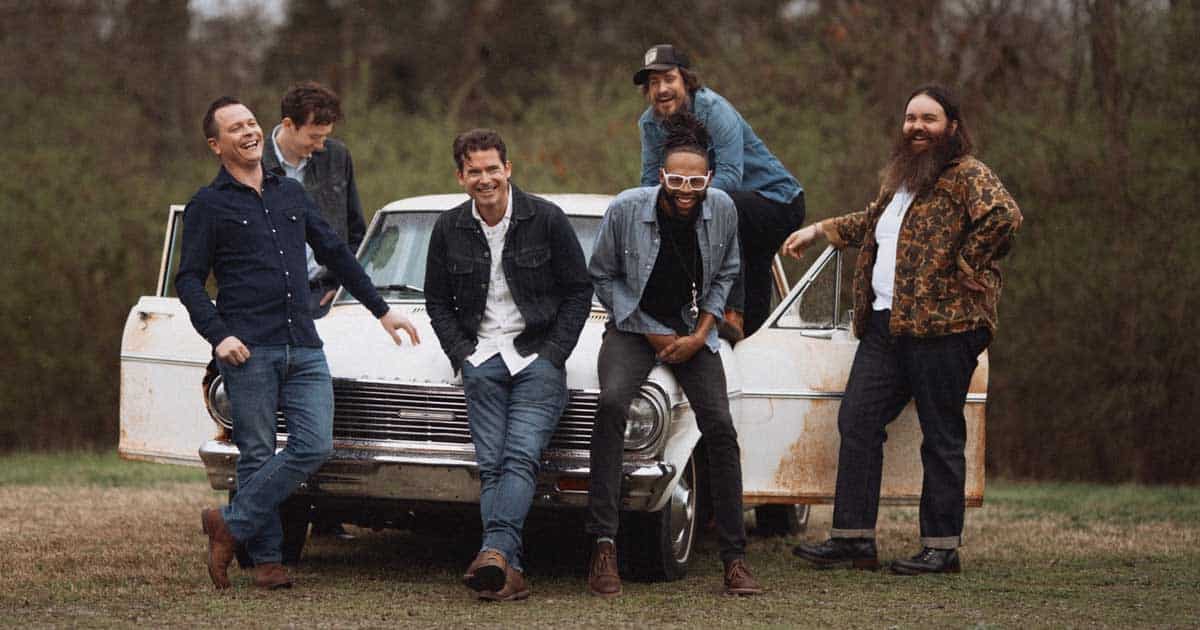 Grammy Award-winning group, Old Crow Medicine Show, has been a six-man string group since 1998. They became part of the prestigious Grand Ole Opry in September 2013.

The sounds of country music are evident in the group’s songs, with the fiddle, harmonica, guitar, banjo, and their unique vocals dominating every record. Hearing their music takes you back to a peaceful place in your mind where you can relax and enjoy your time.

But now, let’s dive into Old Crow Medicine Show songs and learn how they were created.

With the help of Bob Dylan’s unfinished lyrics, Old Crow Medicine Show released “Wagon Wheel” in 2004. Their most popular country song is about a beat and broken man traveling while playing music and finally finding his way back to the woman he loves dearly. The song’s chorus was written by Bob Dylan long ago, and Ketch Secor completed the piece with the group.

The certified-platinum piece spawned several covers, including that of Darius Rucker, that topped the country charts.

Old Crow Medicine Show delivers deep biblical and non-biblical messages with “I Hear Them All.” The distinct strings heard in the background and the harmonica and upbeat tempo make it a country song to remember honestly.

The song was released in August 2006 and made way for cover songs from artists like Laurel O’Connell and The DejaBlue Grass Band.

Released in 2006 from the group’s album Big Iron World, “Down Home Girl” talks about a man calling out a girl trying to be elegant and sophisticated but failing. The man singing seems to be attracted to her, nonetheless.

The track starts smooth and soft, the strings and harmonica adding to the chill and relaxing feel of the song.

4. We’re All in This Together

Slow and sad would be the words to describe “We’re All in This Together.” The piece was released in 2004. The soft singing voices are accompanied by the strings plucking in the background, which gives an overall feeling of sadness.

The song, as described by fans and listeners, cuts right through the soul because of how it is beautifully made.

Hearing “Tear It Down” makes you want to jive to the beat non-stop. The fast-paced song combination of the strings and harmonica makes the piece a certified country song.

Keith Secor, the band’s frontman, described “Gloryland” as a song that someone writes out of terror because of the horrendous events happening in the world. He runs to ease his anxiety and finds himself knocking on Eden’s door, his pleas turning into music. He sings to alleviate his feelings of terror, which in turn, makes him feel better.

“Paint This Town” was part of the band’s 7th studio album under ATO Records.

Again, the song had a moderate tempo, and the strings and harmony of the voices complete the overall feel of country music. According to Secor, the inspiration for the track is the bright future ahead of us once the pandemic is over.

“My Good Gal” was released in 2006 as part of their Big Iron World album.

The song’s soft strings and the harmonica perfectly define country music. The lyrics, however, talk about how a woman constantly hurts the man by speaking ill of him all over town, leaving the stack of bills for only him to pay, and being with other men. One day the man had enough; he shot the woman dead after pushing her to the ground.

We can’t lie. That took a dark turn.

In a moderately rhythmic track of the band, “James River Blues” is interpreted by others as the change in transportation from boats to roads.

Since the song’s release in 2006, praises have been said about how the band incorporates historical events into their music. Old Crow Medicine Show is different from other country music groups.

“Sweet Amarillo” is a track from the band’s Grammy Award-winning album Remedy.

It was an unfinished song by Bob Dylan for a movie, but he handed it to the boys after realizing that his manager emailed them about the success of a rendition of their song, “Wagon Wheel.” The members of Old Crow picked up where Dylan had left, adjusted the music and instruments, and recorded once the piece was finished.

“Levi,” released in 2012, is the band’s take on how to honor those who bravely fought wars.

First Lieutenant Leevi Barnard was the inspiration behind this song. He joined the national guard and was sent to Iran to fight, but he was killed in an explosion by a suicide bomber in Baghdad Market. Barnard was an avid fan of the group, his favorite song being Wagon Wheel.

Barnard’s story moved Secor so that he wrote the song to tribute to men who fought in the war.

Starting with strumming and the harmonica sounding strong, “Brushy Mountain Conjugal Trailer” was released in 2014 as a tribute to life in prison. The song is about an inmate who thought about a plan to escape. The track gives a feeling of determination and perseverance that the listeners and 500 thousand YouTube viewers will root for the success of the escape plan.

“Dixie Avenue” is a track that celebrates the companionship of Secor and Critter Fuqua, who have been writing songs together for 30 years. The boys have decided to go with more of a rock version than their usual country feels in the music. Old Crow wanted to bring back the electric guitar for the track, which Fuqua was good at because he had been playing the guitar since he was a little kid.

The song “8 Dogs 8 Banjos” somehow has an unusual origin.

Secor said it was because of a comic strip he read. The comic was about how a happy world resulted from a dog and a banjo given to every family member. But then how about when you have a family of eight? Then that would be eight dogs and eight banjos.

The track was made when Secor read the funny comic in 1993.

Released in 2003, “Tell It to Me” emphasizes the rich sound of the harmonica with the strings in the background. The country-like vibe in the song is strong with this one, especially with how the harmonica sounds. The tempo makes it a piece of music to dance to, and the melody does stay in your head for quite a while.

If you can’t get enough of the country vibes that Old Crow Medicine Show is giving, check out their other songs:

Old Crow Medicine Show songs delivers and does not disappoint with its releases. You won’t go wrong with their music regarding history, unusual song inspirations, and the classic country sense.