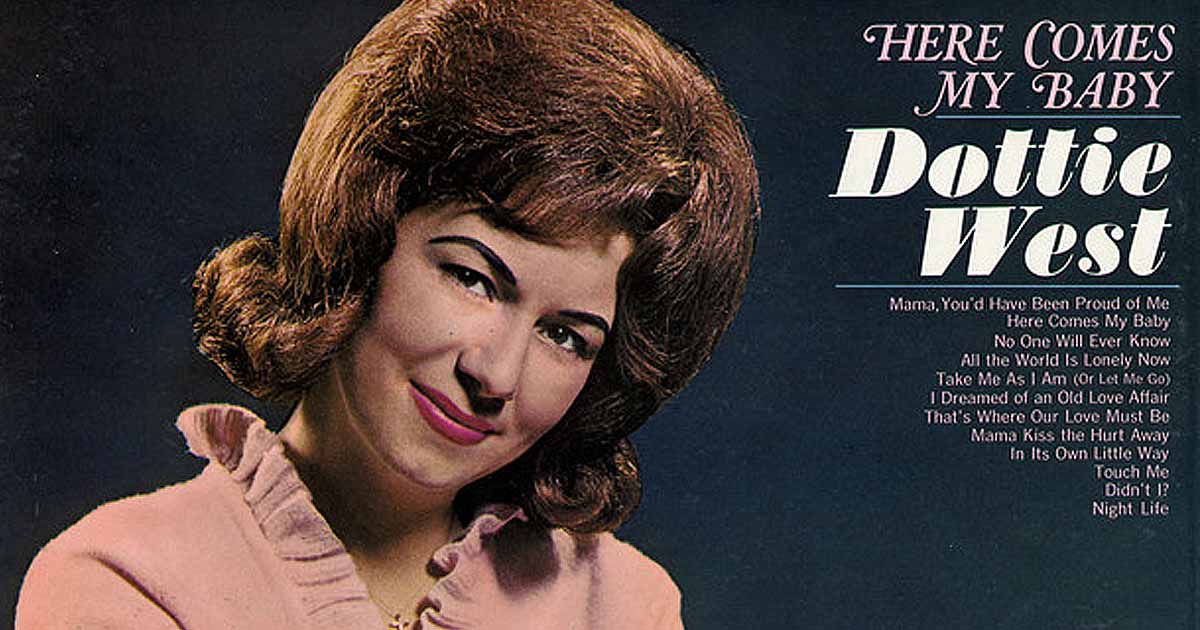 A contract from RCA Victor allowed Dottie West to release her national hit song “Here Comes My Baby” in June 1964. She and her husband, Bill West, wrote the piece together in just one day. Her music made it to the top 10 in the Billboard Charts upon debut.

Dottie West is considered one of the most influential country music artists. She was an American singer and songwriter trying to make a name for herself in 1964. Dottie West’s greatest songs such as “Let Me Off at the Corner” earned her first top 40 hits in 1963, with her duet with Jim Reeves entitled “Love Is No Excuse” the following year landing in the top 10.

Following her multiple successes, she was offered to write for a Coca-Cola commercial, eventually leading to a lifetime contract because of how good the results were.

About Her National Hit

The almost three-minute record by Dottie features a slow-paced tempo, the piano’s softness, and the strings’ sound that go well with her calming voice. In contrast to this dreamy mood set by the music, the lyrics somewhat convey a woman welcoming her lover back despite mistakes made. The woman accepts her lover with open arms to “let more hurt inside” and will receive and understand her lover again.

Since the song’s release in 1964, there have already been almost 100 covers of Dottie West’s “Here Comes My Baby.” Artists like Cat Stevens, The Mavericks, The Smith, and Dean Martin have performed a rendition of Dottie’s hit song.

Aside from being a national hit in 1964, “Here Comes My Baby” by Dottie West earned a Songwriter’s Citation of Achievement from Broadcast Music, Inc. (BMI). West’s piece earned three (3) Grammy nominations, and she received the Grammy Award for Best Country Female Vocal Performance for “Here Comes My Baby” in 1965. She became the first-ever female country music artist ever to win a Grammy.

Dottie West was also inducted into the Grand Ole Opry on August 8, 1964, because of the song’s popularity and success.