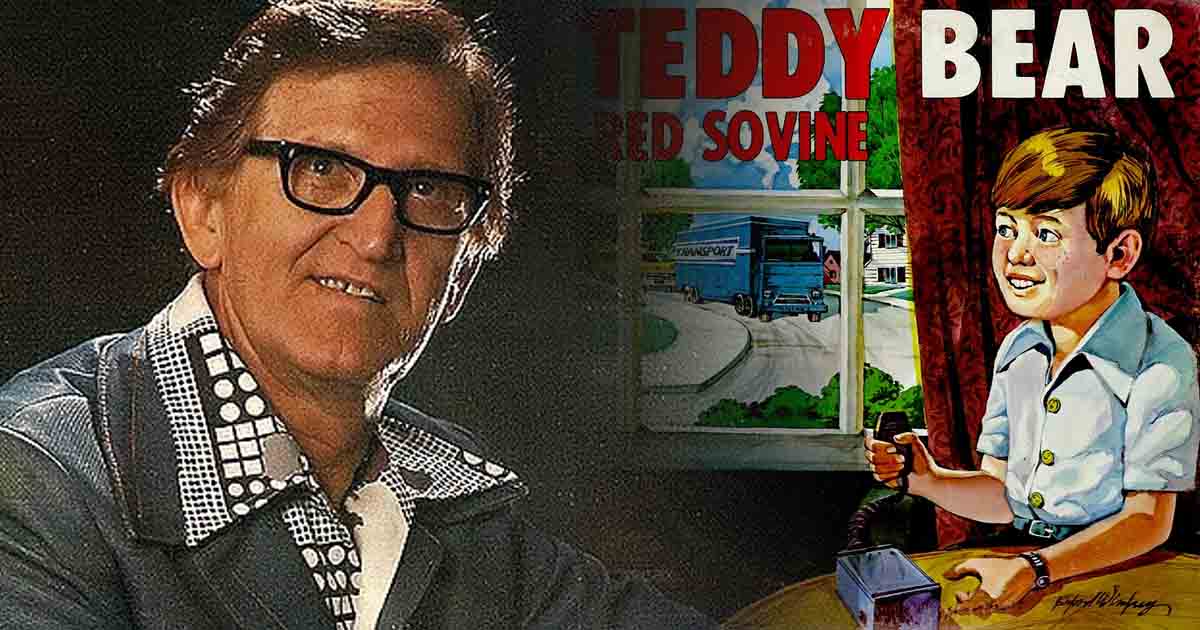 “Teddy Bear” was released by Red Sovine in June 1976 as a title track for their album that had the same name. The song, a recitation with an instrumental background, was Sovine’s last of three No. 1 hits on the Billboard Hot Country Singles chart. It was also the first since the 1966’s single “Giddyup Go.”

The song quickly climbed to the No. 1 spot in five weeks. It also became a crossover hit, which peaked on the Billboard Hot 100 at number 40. “Teddy Bear” became certified gold by the RIAA after selling a million units.

The song is one of Red Sovine’s greatest hits that saluted the life of an American truck driver. Released at the height of the citizen’s band radio craze in the mid-1970s, it is also one of the saddest songs he released.

It’s about a young paraplegic boy named “Teddy Bear” whose father, a truck driver, lost his life in a road accident. The boy got left with a CB radio to keep himself company. Teddy Bear only wanted to ride an eighteen-wheeler truck again, just like he used to with his father before he passed away.

Touched by the boy’s tale, the song’s narrator decides to grant Teddy Bear’s dream despite facing the risk of being late with his delivery. However, he gets shocked to see plenty of truck drivers lining up in front of the boy’s house to give him a ride. It turns out they’ve also been listening to the boy’s call on the CB radio.

Teddy Bear enjoys living his dream, thanks to the truck drivers. His mother goes on air by the end of the day to express her gratitude toward the drivers that made his little boy’s dream come true.

In one interview, Red Sovine said that truck drivers are usually the first to respond whenever motorists find themselves in trouble on the road. These truckers usually stay vigilant while listening to the CB radio and are generally quick to respond when they hear someone in a crisis. He believes the song’s story shows the typical good deeds truckers do daily.

Despite the sad story it tells, “Teddy Bear” by Red Sovine is a unique and enjoyable track to listen to, especially when you’re on the road. If you haven’t heard the song before, you can listen to it now by clicking here.

Morgan Wallen Releases Beautiful And Heartfelt New Music Video With His Mama For Current Single, “Thought You Should Know”
Randy Houser’s New Album Is More on the Traditional Side
Remembering The Death of Hank Snow and His Prolific Career
Country Concerts 2023: Tour Dates and Venue
Why Leftover Salmon’s Vince Herman Bought an RV, Drove to Nashville, and Made a Country Album