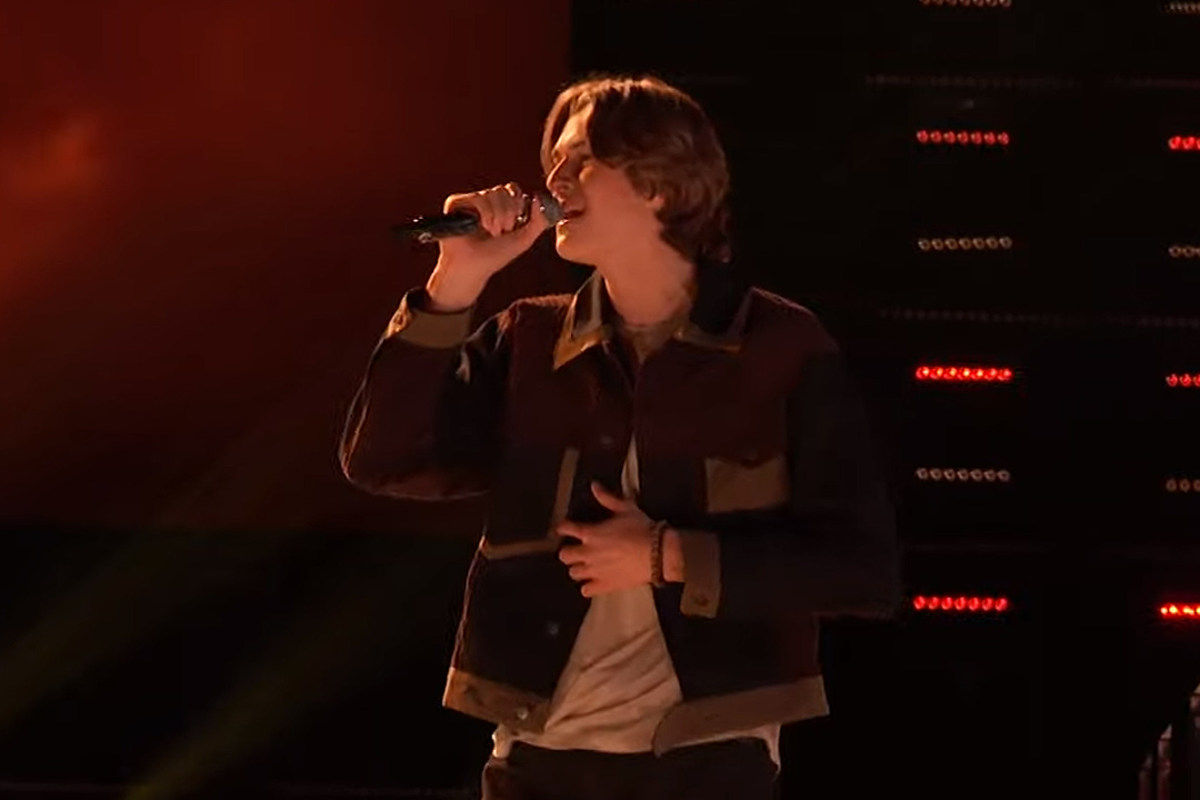 Brayden Lape has been a fan favorite on Season 22 of The Voice ever since he stepped foot on stage to deliver his blind audition performance of Niall Horan’s “This Town.” On Monday evening (Nov. 21), he proved again why he belongs in the competition with a Sam Hunt cover.

Despite his age, Lape, 16 — who’s the youngest hopeful in the reality TV singing competition — surprisingly knows who he is as an artist. Time and time again, he chooses songs that are in his wheelhouse. This time, Lape, who has been churning out cover songs from the country genre, tackled Sam Hunt’s version of “Come Over,” which Hunt co-wrote, and Kenny Chesney turned into a No. 1 hit.

In rehearsals, Lape said he connected with the tune when he initially discovered he wanted to give country music a shot.

“My dad was talking to this band playing at this bar, and they let me go onstage. I think I was 14,” he explained. “I was so nervous. I got up on the microphone, did a little sound check, and I started singing. That day changed my life. It’s made me fall in love with performing and led me to where I am today.”

Perhaps Lape’s life will change once more following his latest performance, which was well-received by the studio audience and his country coach, Blake Shelton.

Onstage, the tall talent charmed viewers as he shared his natural vocal talent on the ballad. He walked around on stage and interacted with the crowd while serenading them with the tune.

“Wow. There’s just something about you. You don’t really have to do much. It’s rare,” Gwen Stefani championed Lape afterward. “Honestly, you just be you. I want you to remember that about yourself, because you’re 16, and you’re just gonna get to know yourself better. I think what you do is so pure. That’s what people love about you.”

“Trust me. Other people on this panel really like you, too, just so you know,” Shelton added. “Man, you just have that thing. You have a solid country voice that’s different and unique. You have a future in country music, not to mention how far you’re going to go on this show. You’ve got it all, man.”

Lape’s “Come Over” performance was all part of the Top 13 Live Playoffs. If he earns enough votes, he will move into the next phase of the competition. The live results will be announced during Tuesday night’s (Nov. 22) 1-hour episode of The Voice on NBC.