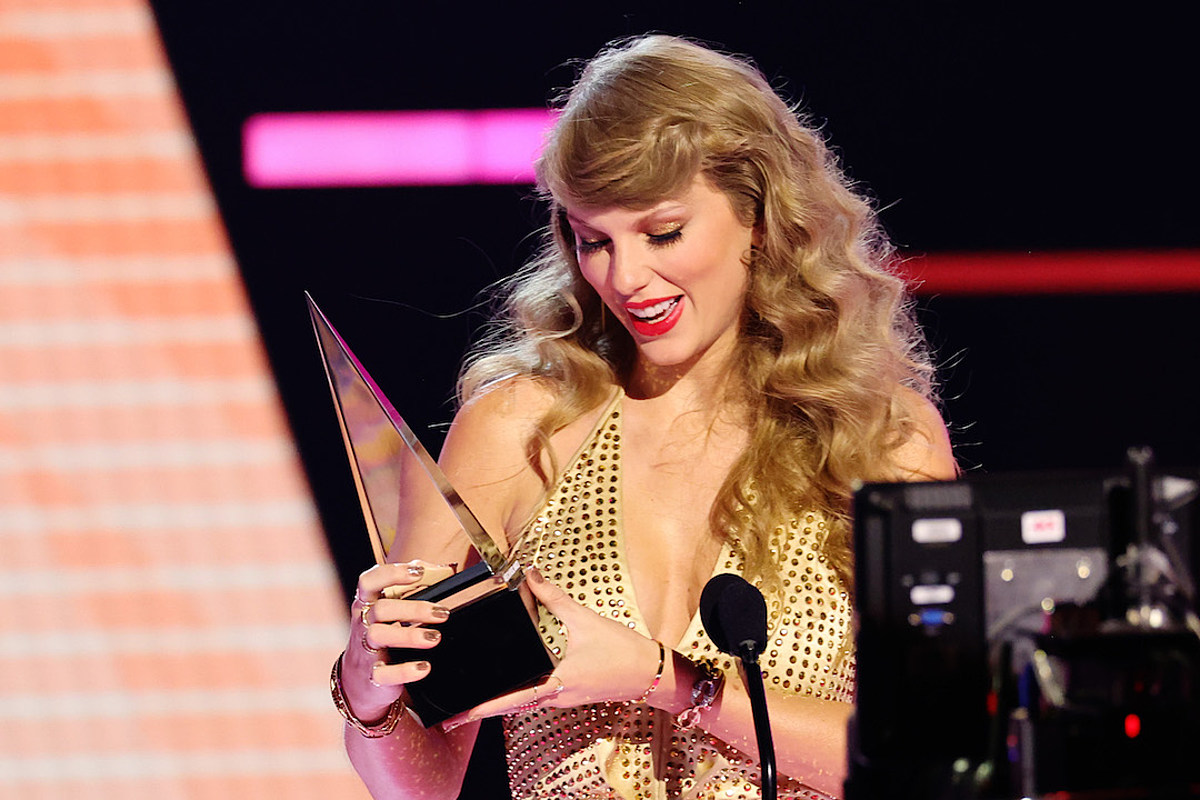 Taylor Swift, Morgan Wallen and Dan + Shay are the big winners in the country categories of the 2022 American Music Awards. They claimed their trophies in the fan-voted ceremony on Sunday night (Nov. 20), in an awards show that was hosted by Wayne Brady and held in Los Angeles.

Swift claimed two country trophies, in the categories of Favorite Female Country Artist and Favorite Country Album. The superstar’s winning album was Red (Taylor’s Version), the new version of her fourth studio album from 2012, which was her last album in the country format before she transitioned into making pop music.

The country awards were two of six trophies that Swift won at the 2022 AMAs, including the coveted Artist of the Year trophy. Already the winningest artist in AMAs history, Swift extended her record in the 2022 ceremony: She has now won 40 AMA awards over the course of her career.

Meanwhile, Wallen took home the trophy for Favorite Male Country Artist and Favorite Country Song, for his No. 1 hit “Wasted on You.” He was awarded both trophies early in pre-show celebrations, and he shared a video message thanking fans for his wins.

“This has always been a special song to me,” he said of his winning single, “Wasted on You.” “I knew from the minute we wrote it that it was gonna be one of my favorite songs that I was a part of writing. And it ended up being a big success, and I’m really proud of it. So I’m really glad that you guys have related to the song as much as I have. Thank you for taking the time out of your day to vote for me. Thank you for always showing me so much love and support. It never goes unnoticed.”

Dan + Shay won Favorite Country Duo or Group for the fourth consecutive year. They’ve been mainstays in the category since 2019, when they took over Florida Georgia Line‘s winning streak.

Country was well represented at Sunday night’s awards show: In addition to the artists who brought home wins, double-nominee Carrie Underwood performed “Crazy Angels” during the ceremony, while Dan + Shay and Jimmie Allen both presented awards. Allen even did a short tribute to the late country legend Loretta Lynn during his time onstage, strumming an acoustic guitar and singing a portion of her classic “Coal Miner’s Daughter.”

7 Country Icons Who Have Never Won a Grammy

Can you believe these country hitmakers have never won a Grammy Award?

Randy Rogers Band Finds Love in a Bar in ‘Fast Car’ Music Video
Remembering The Death of Hank Snow and His Prolific Career
Dolly Parton to Co-Host Miley Cyrus’ New Year’s Eve Party
Randy Houser’s New Album Is More on the Traditional Side
Remembering Hal Ketchum: A Look Back at His Best Songs