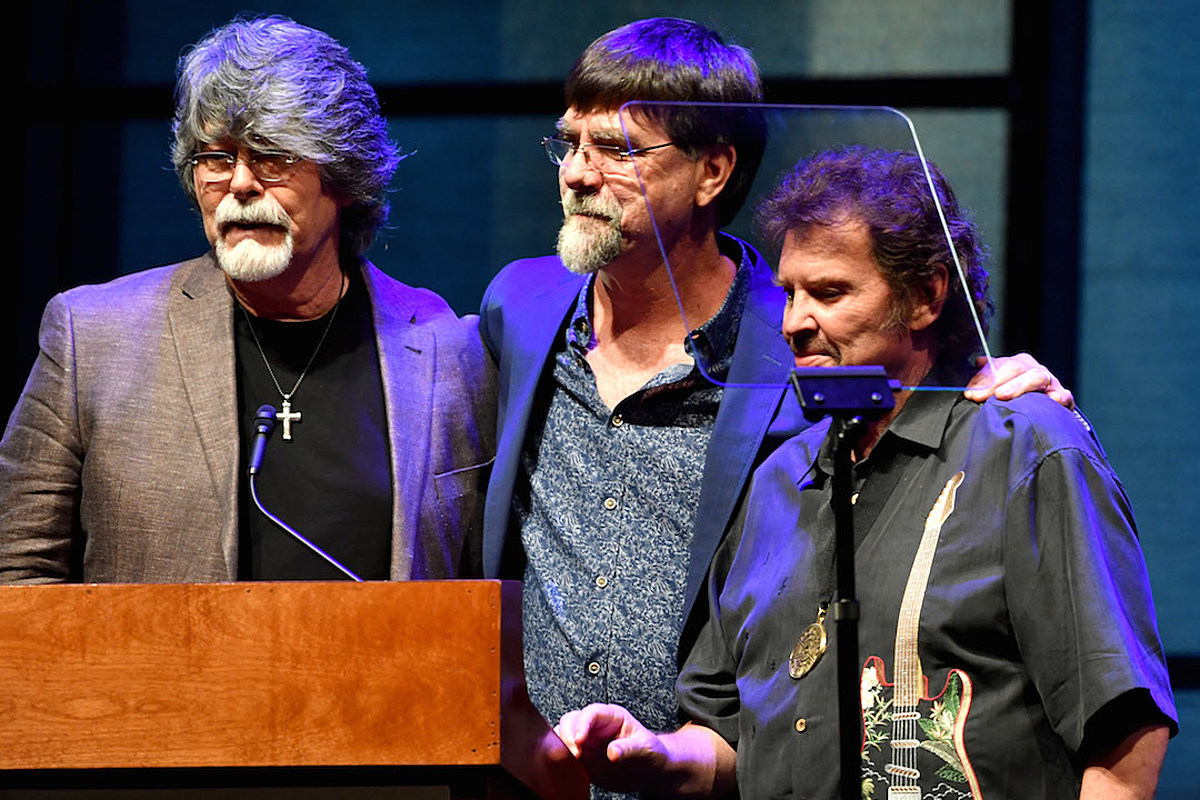 Country group Alabama – comprised of Randy Owen, Jeff Cook and Teddy Gentry – formed as Wildcountry in 1969, but it wasn’t until the late ’70s and ’80s (and their name change) that they began seeing success. When success did come, though, it was monumental.

Alabama’s road to country superstardom began with their first single on RCA Records, “Tennessee River,” which began a streak of 21 consecutive top-charting songs. Among those No. 1 songs were ”Love in the First Degree,” ”Mountain Music,” ”Dixieland Delight” and ”If You’re Gonna Play in Texas (You Gotta Have a Fiddle in the Band),” just to name a few.

In 1985, Alabama accomplished a feat never before achieved by a country group: They earned quadruple-platinum status for two albums, Feels So Right (1981) and Mountain Music (1982).

Alabama announced their American Farewell Tour at the 2002 CMA Awards, and their final show of that trek took place in 2004. The band stayed out of the limelight for years, but they began hinting at a reunion in 2011, and, much to the delight of country fans, they returned to the scene, bringing their iconic harmonies with them.

In addition to their more than 30 No. 1 Billboard hits and album sales of more than 75 million, Alabama have been honored again and again by the music community: They’ve received a star on the Music City Walk of Fame; they became Country Music Hall of Fame members in 2005; they were given their own Country Music Hall of Fame exhibit; and they were honored at the 2015 ACM Honors, among other accolades.

Alabama released their first record in 14 years, Southern Drawl, in September of 2015; in support, they embarked on their 2016 Southern Drawl Tour. Then, in the spring of 2017, Alabama began a new chapter in their touring history: Cook ceased touring regularly with the band due to his Parkinson’s disease, a diagnosis he revealed in April of that year, after keeping it quiet for a few years.

Sadly, Cook died on Nov. 7, 2022 at the age of 73, leaving behind an incredible country music legacy. Scroll through the photo gallery below to take a look back at Alabama through the years.

Randy Houser’s New Album Is More on the Traditional Side
The Voice: See Morgan Myles’ Stunning Cover of ‘If I Were a Boy’
Morgan Wallen Releases Beautiful And Heartfelt New Music Video With His Mama For Current Single, “Thought You Should Know”
Larry Fleet Tells The Story Behind His Smash Hit “Where I Find God”
‘The Voice’: Blake Shelton Performs Glen Campbell Classic