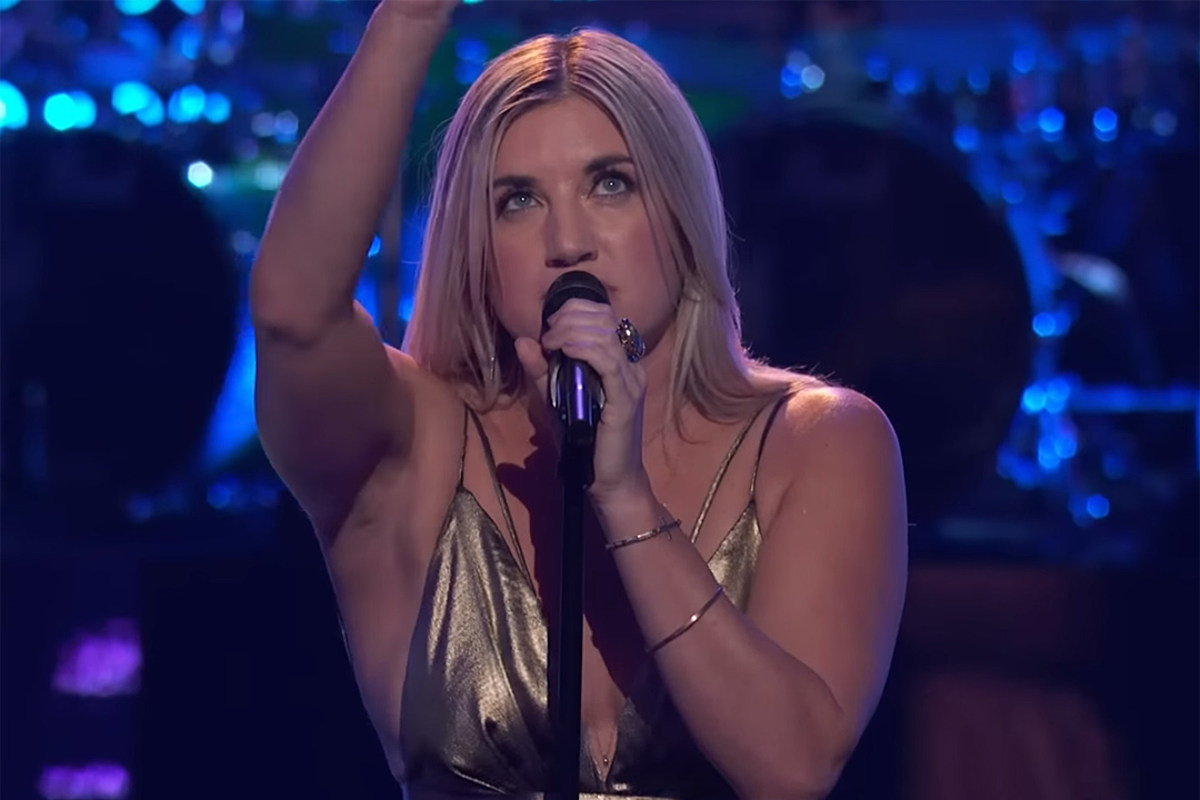 Morgan Myles claimed victory on Monday evening (Oct. 31) during the first night of the grueling knockout rounds on Season 22’s The Voice. The country singer beat out her fellow Team Camila hopefuls Chello and Orlando Mendez, who delivered stunning performances of their own.

Myles, 35, took the win with her fascinating cover of the Jackie DeShannon classic “What the World Needs Now Is Love.” Dressed in a metallic-gold, spaghetti-strapped gown, she began the ballad by emphasizing each lyric with diction while backed by piano. She incorporated hand gestures into her performance at the suggestion of Cabello, who recommended she do the movements during rehearsals.

Despite taking Cabello’s advice, Myles’ hand gestures didn’t necessarily help her triumph, as other coaches admitted they would’ve rather seen less of the motioning from where they were seated.

“Morgan, I was blocked by Camila. So, I didn’t get you on my team. But this is my chance to coach you for a minute,” Gwen Stefani began. “You are incredible on stage with your presence. But some of the movements — it was like every lyric, and it was a little pageantry, which you’re not.”

“Morgan. I don’t want to keep picking on you. I do think your performance vocally was incredible. I just think that if the world needs love, there’s a lot of tough love you were giving us, I guess,” Blake Shelton added.

“Morgan, I’m going to beat myself up a little bit. When you were giving the big hand gestures and punching the air, I might have led you astray in that way because that was me,” Cabello admitted, turning to her co-stars. “I told her to do that.”

Even though her onstage movements ended up being unnecessary during her performance, Myles proved she belonged in the competition with her wide range and powerhouse vocals. Not to mention, her knockout round was even more challenging since this is the first season where three artists had to face off instead of two. Only one person would advance — that is, unless a coach opted to use their only save.

Cello and Mendez did not move forward, but they both received high praise for their respective solo performances. Cello, who sang “Hold On” by Justin Bieber, was told he was not “faking it” by Stefani. John Legend, meanwhile, told him, “Your vocal performance was really disciplined. I think overall it’s been my favorite performance of yours.”

As for Mendez, who performed Tim McGraw’s “Live Like You Were Dying,” as a way to honor his late uncle, he had the coaches believing his every word.

“Orlando, you seemed so in your element and so passionate,” Legend said, with Shelton adding, “You were definitely giving it everything you had. It was damn good even though you passed me on as your coach.”

Myles will now advance into the live playoffs.

Be sure to catch The Voice Monday and Tuesday nights on NBC.

Carrie Underwood Flies High With ‘Crazy Angels’ at the 2022 AMAs
Sam Hunt Gets Back to His Roots on New Song, ‘Start Nowhere’
Charles Kelley Shares New Song That’s a Goodbye Letter to Alcohol
Ranking All 29 of Tim McGraw’s No. 1 Songs
She’s Got a Way With Words: Dolly Parton’s Best Quotes