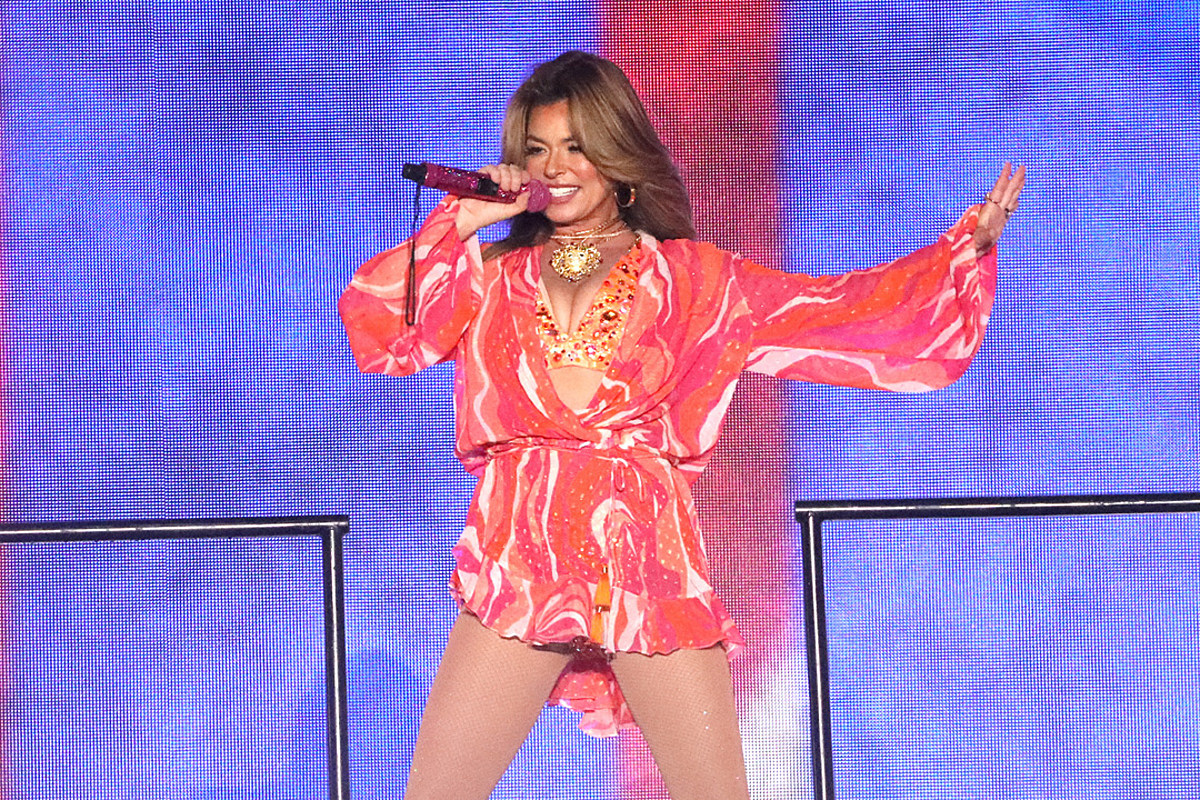 Shania Twain has announced nearly 50 dates for her 2023 Queen of Me Tour. The international tour will begin in April and take her to Canada, the United States and the United Kingdom before wrapping in late September.

The tour gets its name from Twain’s upcoming Queen of Me album, which she announced in conjunction. Breland shares that he’ll be opening select dates on the tour. Lindsay Ell, Kelsea Ballerini, Hailey Whitters, Robyn Ottolini, Priscilla Block and Mickey Guyton will also be opening shows.

No specific announcements have been made about Twain’s opening acts. See a list of all the Queen of Me Tour dates below.

“I want to celebrate this new chapter with you all on my tour,” Twain writes on social media. “Vegas has been a dream, but I’m ready to be on the road and sing with you, dance with you and have a kick ass night out with you! This one’s gonna be a big party – no inhibitions, no conditions, let’s get a little out of line!!”

Twain’s nearly three-year-long Let’s Go! residency in Las Vegas ended last month, and in the weeks since, she has revealed she’d signed with a new record label, dropped a new song called “Waking Up Dreaming” and would play Nashville for the first time in four years. The June 7 show at Geodis Park (home of Nashville’s MLS club) is now part of much larger picture.

Prior to her residency in Las Vegas, Twain embarked on the Now Tour in 2018 and the Rock This Country Tour in 2015. The latter was billed as her farewell tour. Her most recent studio album was Now, released in 2017.

Shania Twain‘s best songs changed country music in ways never imagined before 1995. The superstar’s career as a charting recording artist lasted less than a decade and included few accolades (including just one CMA Award) relative to her commercial success, but few female artists under 40 will fail to name her as one of three major reasons they chase this country music dream for a living. Perhaps only Dolly Parton is listed more frequently as an influence.

This list of Shania Twain’s best songs considers commercial success, cultural importance, legacy and song quality. Scroll through to see which of her songs is No. 1 and click on any link to listen.

Randy Houser’s New Album Is More on the Traditional Side
‘The Voice’ Reveals Top 10 for Season 22
Tyler Hubbard’s Wife Hayley Asks for Prayers for Her Father
Sam Hunt Gets Back to His Roots on New Song, ‘Start Nowhere’
Country Concerts 2023: Tour Dates and Venue