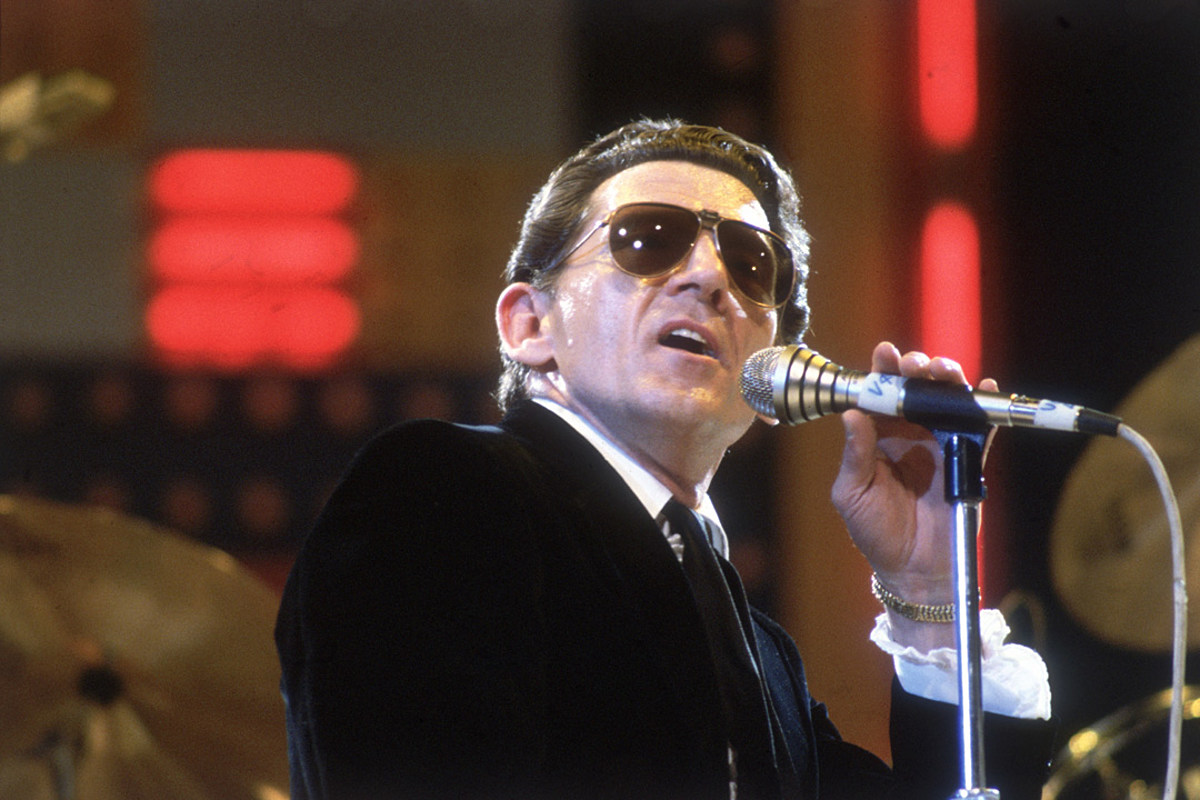 Jerry Lee Lewis, the Country Music Hall of Fame’s newest inductee, has died at age 87. The iconic rock ‘n’ roller and country star died on Friday morning (Oct. 28) at his home in Mississippi. He had been battling the flu, according to a post on his official Facebook page on Oct. 19, but his cause of death was not revealed.

A message from Lewis’ official publicist confirmed the news and the date of his death.

Those in attendance during his Oct. 16 induction ceremony into the Country Music Hall of Fame knew that Lewis was ailing, as Hall CEO Kyle Young shared that the octogenarian had informed the Hall that very morning that doctors thought it would be too risky for him to travel to Nashville. So, instead, Lewis wrote a letter and asked Hank Williams Jr. to read it on his behalf. Kris Kristofferson accepted the medallion for him.

Nicknamed ”The Killer,” Lewis shot to fame in 1957, when his rockabilly song “Whole Lotta Shakin’ Goin’ On” became a crossover hit. The recording came after he covered Ray Price‘s “Crazy Arms” to moderate success. Within a year, hits including “Great Balls of Fire,” “Breathless” and “High School Confidential” made him as important of a member of the famed Sun Studios sound as Elvis Presley, Johnny Cash and Carl Perkins (together known as the Million Dollar Quartet).

A fourth single called “You Win Again” helped give Lewis four Top 5 country songs (and two No. 1 hits) in a row. He was a true superstar.

“Jerry Lee doesn’t walk on stage and politely thank an audience for being there,” Williams stated at the 2022 Medallion Ceremony. “Jerry Lee doesn’t ask for your attention. He demands it. He doesn’t take a stage, he commands it.”

As a live musician, no one could challenge his command, either. He’d use all of his limbs and each of his 20 digits as a weapon against his piano, and if that didn’t work, he might just set it on fire. That was something he is really said to have done, as he didn’t feel that anyone — including Chuck Berry that night — should follow his act.

While known for a definitive and influential boogie-woogie, this founding father of rockabilly could also ease into a country ballad with a Hank Williams-like passion, and if pressed, play songs from any genre of music you threw at him. In a 1978 article in People, record producer Jerry Kennedy described him as something of a self-taught savant:

Jerry Lee on the piano seemed to pump chords straight into the adrenal glands of American youth, and his voice was raw, loaded with inflections of menace and sexuality. ~ People Magazine, 1978.

“It’s an infectious thing with Killer,” Kennedy noted. “The top session pickers respect him deeply as a musician and always get excited when he’s in. Most times, he hears new material once, rehearses once, I turn on the red light and he hits it on the first take.”

The origin of Lewis’ “Killer” nickname is debated, but most (including Lewis himself) agreed it was either a reference to a nickname he’d use in place of something like “buddy” when greeting friends as a boy in Ferriday, La., or simply because he could slay live audiences. In announcing his death, his publicist offered a third story: As a boy, he once tried to choke a grown man with a necktie.

As his reputation for being explosive on and offstage grew, ”The Killer” moniker began to take on a life of its own. Drugs, alcohol, fights, arrests, guns and more compiled a fascinating rap sheet. Lewis famously drove to Elvis Presley’s house with a gun on the dashboard and a bottle of booze and crashed into his gate. The rock legend would die a few months later, but folklore goes that he was the one who told the police to arrest his friend.

Born to a carpenter (and bootlegger) father and a preacher mother on Sept. 29, 1935, in Ferriday, La., Jerry Lee Lewis grew up poor. He played piano in church as a boy before being sent to Bible school in Waxahachie, Texas. There, he is said to have been expelled for playing a song called “My God Is Real” in his boogie-woogie style. At the Hall on Oct. 16, the McCrary Sisters paid tribute to him by playing the song the same way.

As much as his music defines his legacy, so does his long, complicated, often ugly domestic record. Married seven times, Lewis fathered six children. The first marriage began and ended before he recorded in Memphis, and the second produced sons Jerry Lee Lewis Jr. and Ronnie Guy Lewis.

His third marriage all but killed his career. In May of 1958, he flew to London with Myra Gale Brown, his new wife. Myra and Lewis married when she was only 13 years old, and beyond that, she was his first cousin once removed. The overlapping nature of several of his marriages also brought troubles for Lewis, and (per People) his appearance fees went from $5,000 a night to $350. Commercially, this was a very dry period for him.

Despite the dubious origins, Jerry and Myra remained married for more than a decade, and she gave birth to a son named Steve and daughter Phoebe while they were together. In 1962, 3-year-old Steve drowned, and a decade later, Jerry Lee Lewis Jr. would die in a car accident.

“The loss of my mother and two sons got to me,” Jerry would admit to People. “I was drinking heavy. I needed a fifth of tequila just to sober up. I couldn’t cut a record. It wasn’t the marriages that brought me down … It was just the passin’ of the caskets.”

His next two wives died under suspicious circumstances, with Rolling Stone journalist Richard Ben Cramer going as far as to suggest that “The Killer” had really done as his nickname said, and was responsible. Lewis would marry Kerrie McCarver (one child, Jerry Lee Lewis III) in 1984, and current wife Judith Brown in 2012. Brown was previously married to Myra Gale Brown’s brother.

If country fans have learned anything over the last five years, it’s that time heals all wounds. That was true in 1960s Nashville, as well: By 1968, Lewis had stormed back with 11 straight Top 10 records that would carry him into the mid-70s. “Chantilly Lace,” “There Must Be More to Love Than This” and “What Made Milwaukee Famous” were three of his No. 1 songs, and he’d continue to chart into the early ’80s. Once again, he became a coveted live act, but it would seem some still wanted to keep their distance. If there is another performer in the Country Music Hall of Fame without a CMA nomination, we couldn’t find them.

In recent years, Lewis had toured less, especially after a serious stroke in 2019. He instead focused on drawing his legacy in the way of biographies and newspaper interviews. A 2015 conversation in the Guardian was among his last significant sit-downs. The wide-ranging talk began with his parents and brother Elmo Jr., who was struck by a car and killed when Jerry was three.

“I was always worried whether I was going to heaven or hell,” Lewis told the British newspaper at the time. “I still am. I worry about it before I go to bed; it’s a very serious situation. I mean you worry, when you breathe your last breath, where are you going to go?”

Lewis is survived by his wife Judith and four surviving children, plus extended family. Services will be announced in the coming days. In lieu of flowers, the family is asking for donations be made in Lewis’ honor to the Arthritis Foundation or MusiCares.

‘The Voice’: Bryce Leatherwood Honors George Strait With Classic
What Makes HARDY and Lainey Wilson’s “Wait In the Truck” Different
The Voice: See Morgan Myles’ Stunning Cover of ‘If I Were a Boy’
Randy Rogers Band Finds Love in a Bar in ‘Fast Car’ Music Video
Caroline Kid Shares Sunny Music Video for ‘Do I Miss the Rain’