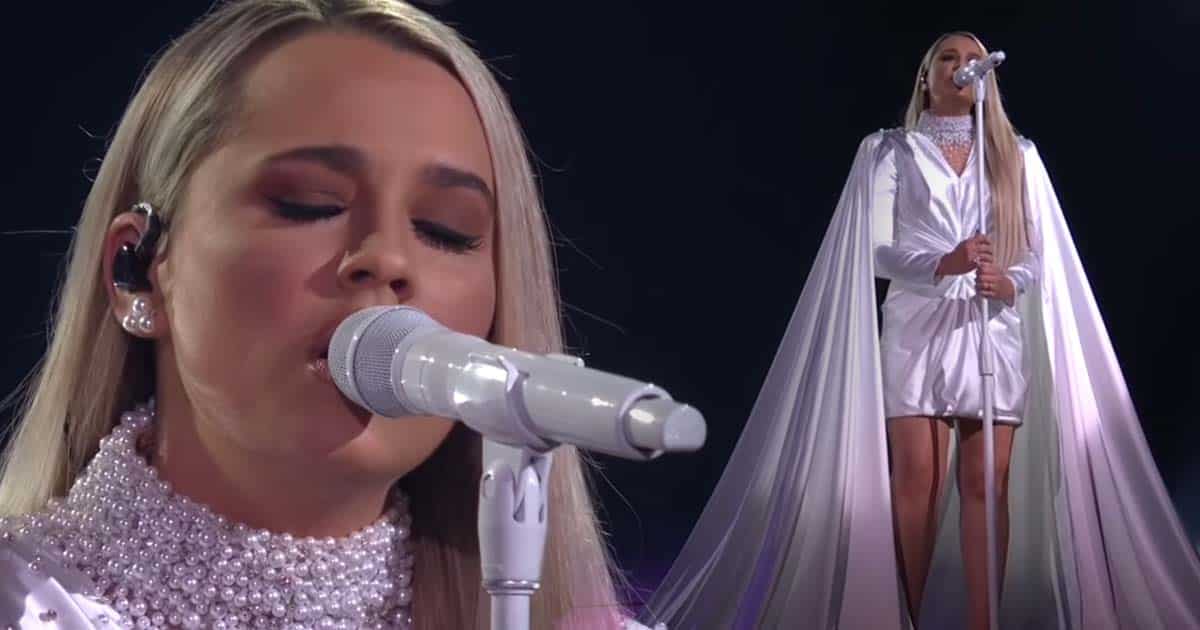 In 2021, Gabby Barrett took the stage of the annual CMA Awards once again after two consecutive years.

What’s even more fascinating was that Barrett, who finished third on the 16th season of American Idol, was introduced by none other than the singing competition series judges: Lionel Richie, Luke Bryan, and Katy Perry.

Barrett then stepped onstage – donning a stunning white dress – to deliver another take of her chart-topping single “The Good Ones.” She was joined by a string quartet and her husband, Cade Foehner, who supplied excellent background vocals to her tender performance.

The country star admitted ahead of the big night that it would be “a little nerve-racking” to perform on such a huge stage in the presence of her country idols. Still, Barrett delivered such a remarkable performance that stunned the entire audience, as she put her powerhouse vocals on full display.

Gabby Barrett co-wrote “The Good Ones” with songwriters Jim McCormick, Zach Kale, and Emily Landis. It was then released in 2020 as the second single off her debut studio album, Goldmine. Since then, the romantic track has experienced immense popularity. It ascended to No. 1 on Billboard’s Hot Country Songs chart and was a top 20 hit on Billboard Hot 100, peaking at No. 19.

Anyway, you can watch Gabby Barrett’s moving performance of “The Good Ones” in the video below.