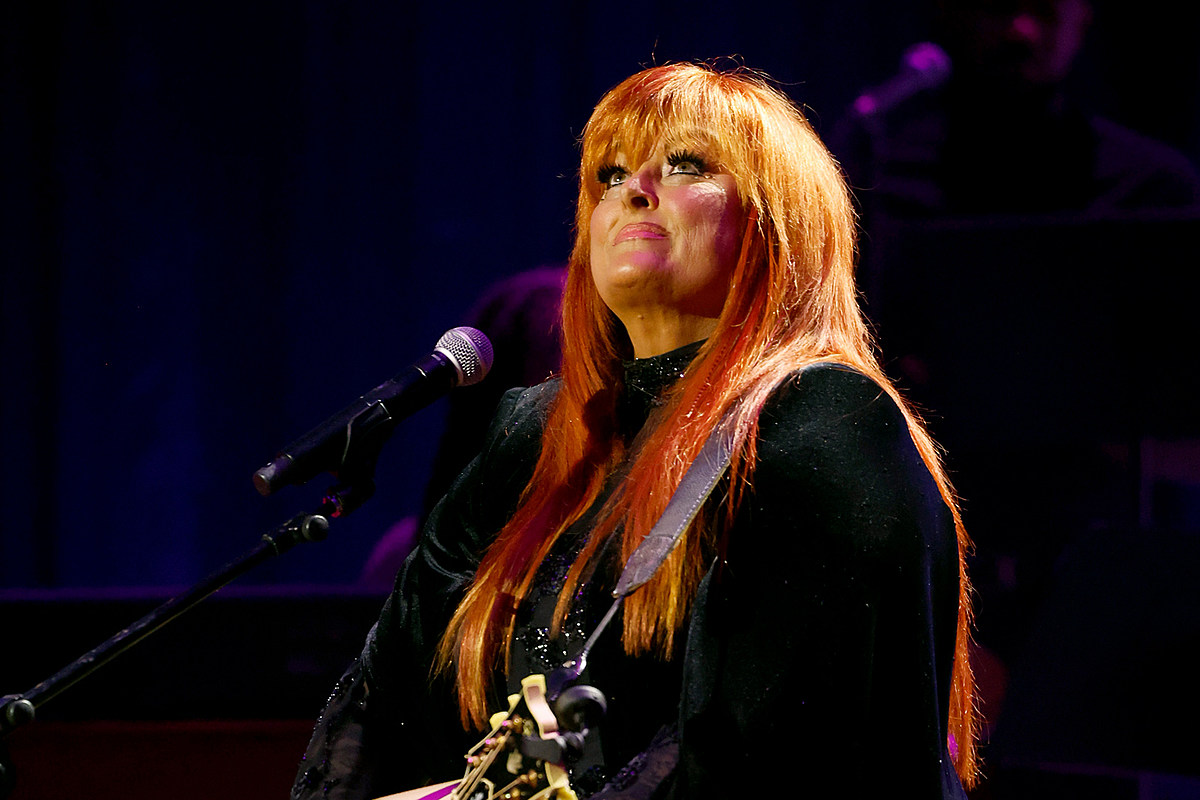 Wynonna Judd has been out on the road since the end of September, performing the scheduled shows for the Judds’ Final Tour, and while the concerts have been going remarkably well, the veteran country belter admits the experience has been emotionally draining.

Speaking to a group of journalists at a press event just outside of Nashville on Wednesday (Oct. 26), Judd says that she’s been enormously gratified by the fans’ reactions to the shows so far.

“I feel like I’m just the messenger,” she says of the concerts, pausing before adding, “But it’s almost too much to handle, and I’m exhausted today. I’ve done so many shows where I have literally fallen on my knees, because the love is so strong.”

The live performances take fans through more than 25 classic songs, and for Judd, they come with conflicting feelings.

“It’s the most emotional I’ve ever been, and it’s the most vulnerable I’ve ever felt, and the strongest I’ve ever been able to sing,” Judd states. “It’s a remarkable combination … joy and sorrow, pain and pleasure, and just showing up and showing out, and watching people weep in the audience.”

Naomi Judd died on April 30, and her daughters issued a statement attributing her death to her long struggle with mental illness. Ashley Judd later revealed that the cause of her death was a self-inflicted firearm wound.

During a private memorial service in Nashville on May 7, Wynonna Judd announced that she intended to honor the duo’s Final Tour dates, which they had announced in early April.

The Judds Final Tour kicked off Sept. 30, and it runs through Oct. 29 before wrapping with a show at Rupp Arena in Lexington, Ky.  Martina McBride, Brandi Carlile, Faith Hill, Little Big Town, Ashley McBryde, Kelsea Ballerini and Trisha Yearwood are involved in various dates of the tour, with McBride opening all of the shows. Hill will help Yearwood close out the tour, which has been so successful that Judd has announced 15 additional dates for 2023.

At the press event on Wednesday, Judd revealed that she will also celebrate her mother’s legacy by re-staging the Judds’ Final Concert in honor of the 31st anniversary of the event.

The Judds: Love Is Alive – The Final Concert is set for Middle Tennessee University’s (MTSU) Murphy Center. The concert event will take place Thursday, Nov. 3, and it will reinvent the final show of The Judds 1991 Farewell Tour, which took place at the same venue on Dec. 4, 1991. Judd will also film the show for a concert special that will air on CMT in March of 2023.

If you call yourself a real fan of ’90s country music, you probably need to know the words to all of these hit songs.