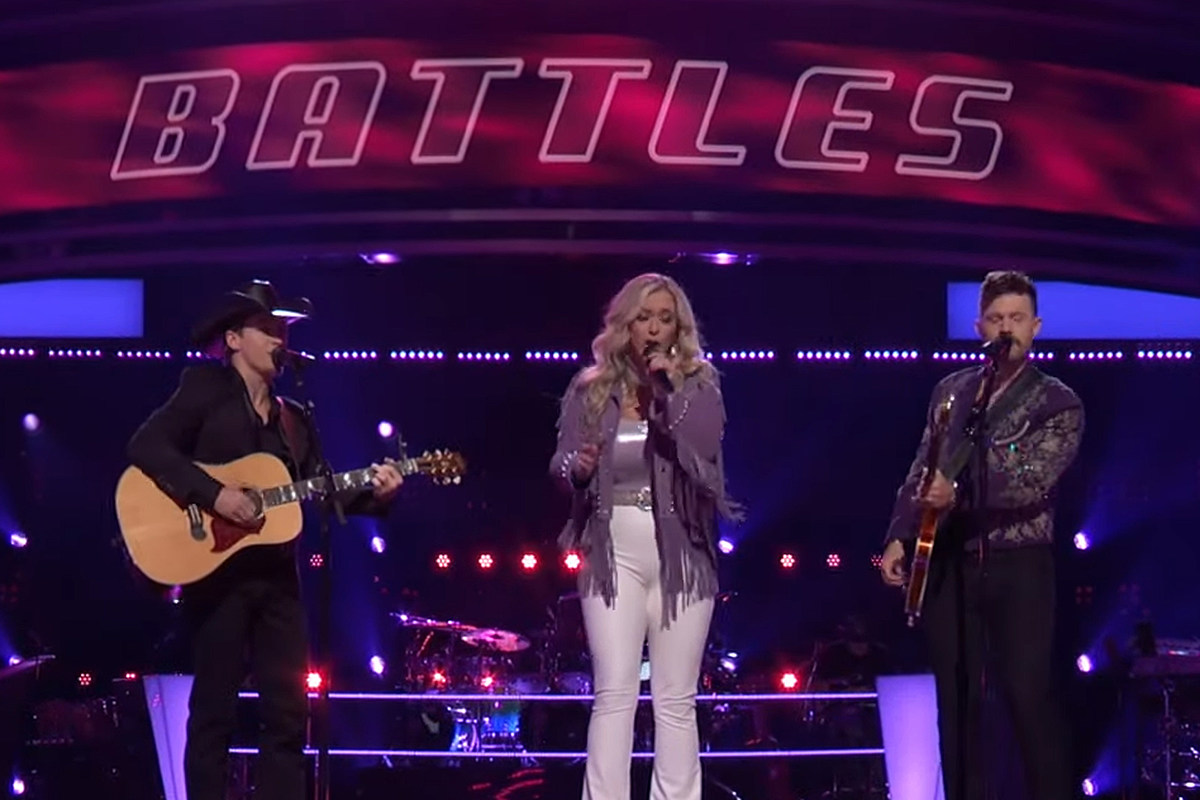 Coaches are beginning to downsize their Season 22 teams on The Voice as several artists have already gone home, which meant the nerves were high heading into the fifth night of the battle rounds on Tuesday’s (Oct. 25) episode.

The nerves were even higher for 22-year-old Bryce Leatherwood, who had to go up against not one, but two singers on the latest edition of the reality TV competition series.

Leatherwood went up against Nashville-based country music duo the Dryes on a version of Brooks & Dunn’s “Red Dirt Road.” What made his challenge more difficult is that the Dryes, made up of husband and wife Katelyn and Derek Drye, have years of musical experience under their belts, having spent nearly a decade honing their craft in and out of Music City’s prestigious writers rounds and honky tonks.

Despite all that, Leatherwood’s solo act wasn’t outshone by his tough competition. He nailed his portion of “Red Dirt Road” with lots of energy and enough confidence to fill the room. His talent and baritone vocals cut through enough that his coach Blake Shelton even compared him to George Strait.

That is not to say the Dryes didn’t show off their skills over the mics. Although Katelyn, who led the tune, got off to a rocky start, falling behind the beat, the duo managed to find their footing and pull off their vocal parts.

Halfway through the performance, all three singers joined their voices in beautiful harmony, earning quick praise from Gwen Stefani, who mouthed out the words, “That’s so pretty!”

Afterward, each coach took the spotlight to share their separate reactions to the battle round, with newbie Camila Cabello beginning the run of commentary.

“You guys all had different strengths,” she said, turning her attention to the Dryes. “Your harmonies were tight. You guys hit every note, but Mr. Leatherwood shined for me. I felt more at ease hearing him and watching him. There was calm confidence. For whatever reason, I resonated with Bryce more on this performance. But I think you guys are also really talented.”

“As the performance was going on, it just kept getting better and better. By the end, you guys were all glued together,” Stefani added. “The Dryes, it’s fun to watch you. You can see the chemistry. Your voices blend very well together. When Mr. Leatherwood came in his voice was so warm. The three of your voices together are so beautiful.”

John Legend, who was third to offer some critiques, told Leatherwood his voice was “pure and warm. You just execute everything with precision, confidence and ease. The only issue I had with it is that it seemed so easy that it didn’t have any punch…I find myself more drawn to the Dryes.”

Shelton, who had to choose the winner of the battle round, acknowledged the Dryes’ slow start on the song, telling them, “I wish we could have a do-over…Kudos to you guys for just being veterans and powering on through it. Bryce, you’re 22, and I don’t know how much experience you have onstage. Seems like you’ve got about 40 years…. You’re one of those guys that’s like a George Strait. You deliver and it’s solid.”

After much anticipation, Shelton declared Leatherwood as the victor of the round, calling him “focused” and “unshakable.” However, the road did not end for the Dryes. In a rare twist, Shelton slammed his red button to save the duo.

Fans can keep up with The Voice Monday and Tuesday nights on NBC.

Parker McCollum Extends Headlining Tour Through Summer 2023
The Voice: See Morgan Myles’ Stunning Cover of ‘If I Were a Boy’
‘The Voice’: Soul Singer Kim Cruse Slays a Willie Nelson Classic
Larry Fleet Tells The Story Behind His Smash Hit “Where I Find God”
Morgan Wallen Releases Beautiful And Heartfelt New Music Video With His Mama For Current Single, “Thought You Should Know”