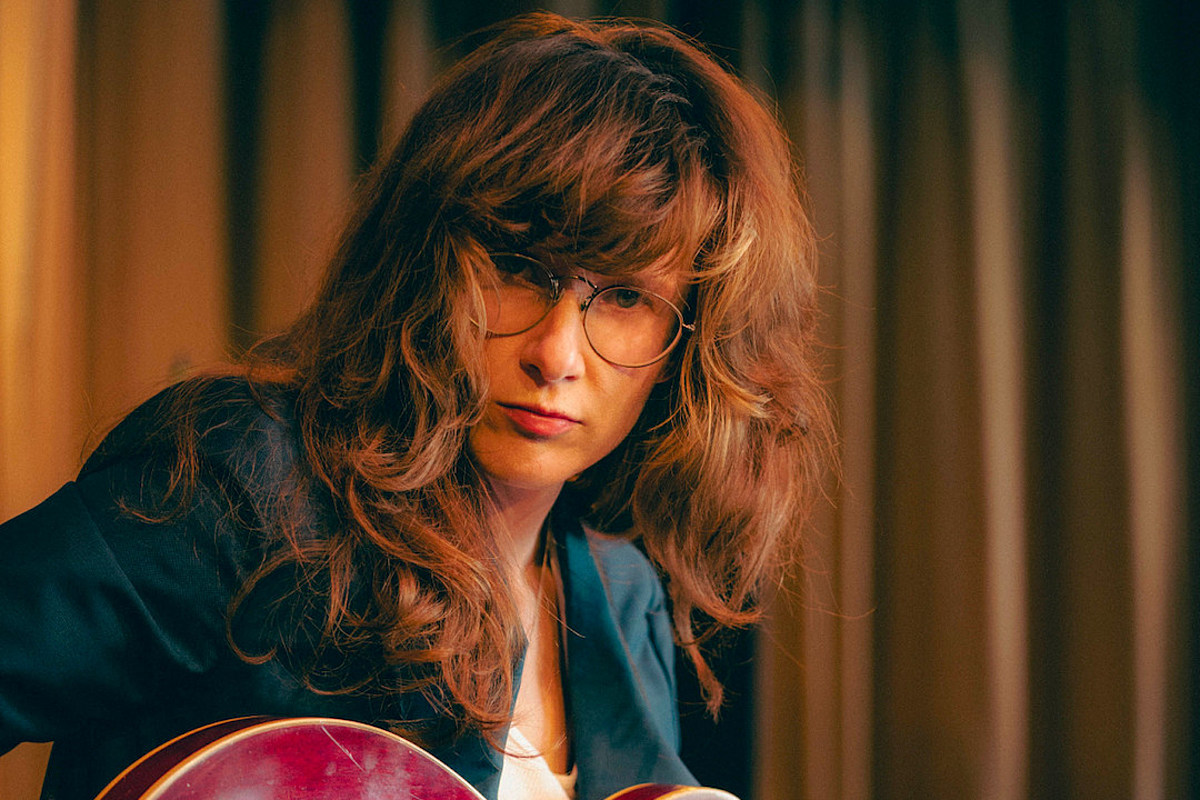 Can, or should, a listener separate an artist’s identity from her music? S.G. Goodman seems to still be working on the answer to that question. In some key ways, her experience of releasing Teeth Marks in June — her second major-label album — has been radically different than that of putting out its predecessor, Old Time Feeling, which was her breakout debut.

Old Time Feeling came out in 2020; the COVID-19 pandemic kept her, by and large, from playing it out. So with the release of Teeth Marks and its subsequent touring cycle — another leg of which she announced on Tuesday (Oct. 18), for early 2023 — Goodman stepped onstage to an audience she’d never met before, but an audience who knew her intimately.

“It’s a strange thing for people to be invested in you personally. I don’t know if I’ve really had time to process that,” Goodman tells The Boot, speaking slowly: In part because she’s choosing her words carefully, and in part because of her prominent Kentucky drawl. “But, um, it’s happening. And here we are.”

The press cycle surrounding Old Time Feeling brought Goodman’s identity as a queer woman to the forefront of her public image — a move she feels conflicted about, she goes on to say. “I wanna make mention of how important representation is, and I understand that I come from a place that, historically and currently, is not very progressive when it comes to the queer experience,” she relates. “But at the same time, I’m a writer. I don’t wake up in the morning and think, ‘Here I am, putting on my shoes, and I’m doing it while gay.'”

Goodman understands the impulse to frontload her sexual identity as a point of entry into her work. But the end result is actually more tokenizing, she points out. While it speaks to true facts about her as a person, it doesn’t necessarily create an accurate depiction of her music, or who she is as an artist. “A lot of the focus on my sexuality is actually missing me as a person,” she continues, “and also just othering me in the public eye further, instead of creating space for visibility.”

Listening to an artist’s album, and reading the critical response to that album, is one way of learning about them; seeing that artist live is quite another. As she tours Teeth Marks, Goodman is shedding light on a new — perhaps more authentic — side of her artistry. This side of herself is one she didn’t get to share as fully last time around, and she admits that jumping into the touring world full-time, already two albums in, is stirring up some “imposter syndrome.”

“When I go up to a mic or I’m talking in public, you know, I might not present to them as a queer woman first and foremost. But they definitely know that I’m from the South. Just by the way I talk,” Goodman says. “I’m a Southerner first; that’s how I feel in my heart. I care more about people understanding that my state is a right-to-work state, than the fact that I write songs and am gay while doing it.”

Goodman says that watching her sexual orientation jump into headlines made her feel othered; speaking her truth about her Southernism onstage is having the opposite effect. The complex relationship she establishes with her home region is at the forefront of her onstage presence, and she finds that no matter how far she travels from home, she always finds people who share her experiences, or something like them.

Teeth Marks contains the track “If You Were Someone I Loved” — and its chilling counterpart, “You Were Someone I Loved” — a meditation on the opioid epidemic, and in a larger sense, the fact that many people only have compassion for social issues to which they feel a personal connection. Goodman hails from rural Kentucky, and no one needs to remind her that the opioid epidemic — along with so many other widespread social disasters — is far-reaching enough to personally impact large swaths of her community. Every night, Goodman says, tour reminds her that suffering is everywhere.

“Here I am going to perform all over this country, and different times this year, and it’s in your face,” she notes. “Everywhere I go, there is somebody hurting right in front of me.”

It’s not just domestically that Goodman’s audience seems to resonate with the sociopolitical subject matter behind her songs. She’s taken a couple of trips overseas in 2022, and found the same kind of connection with European audiences. “The opioid epidemic is not an American issue. Neither are worker’s rights. Neither is wanting to be true to your home, and being misunderstood by people outside of it. So I feel like there’s plenty for an international crowd to grab onto,” she relates.

“Now, do they get the stories in my banter? I don’t know,” Goodman adds, breaking into a laugh and momentarily thickening her already thick accent even further to illustrate her point.

In lyrics and in conversation, Goodman often speaks of widespread societal pain, but she’s not exclusively a fly-on-the-wall songwriter. On the contrary, some of her most poignant songs — and some of the songs fans have connected to the most, on both her albums — chronicle intimate, interior emotions. As her fanbase expands and her reach broadens, Goodman is finding that those songs have a profound impact on her listeners, too.

In May, as part of the Healing Appalachia benefit, Tyler Childers performed a cover of Goodman’s “Space and Time,” a song that appears on her debut album. Childers has continued to cover the song live, and the song is scheduled to be included in an upcoming Paul Schrader film, too. As Goodman continues to gain new fans, and as songs like “Space and Time” continue to take on new life with new audiences, her music’s meaning expands outward, still retaining the feelings she had when she wrote it, but encompassing an ever-broader range of experiences.

“People are connecting with it, playing it at weddings and funerals,” Goodman says of ‘Space and Time,'” “It’s a pretty universal message. But when I wrote it, it was more of a suicide note.”

Thankfully, the singer is pretty removed these days from the feelings that inspired “Space and Time.” Time, therapy and personal evolution has brought her to a different perspective — but the trauma she incurred during that phase of her life lingers. That’s a sentiment she wrote about in “Keeper of the Time,” one of the tracks on Teeth Marks. “If I don’t continue to process this, then it’s gonna store in my body in a way that will continue to come up. And that’s true for everybody,” she explains.

As a sequel to “Space and Time,” “Keeper of the Time” illustrates the fact that a singer-songwriter’s identity isn’t stagnant. As time passes and people change, good songs stay good — but they take on new meaning. That’s certainly the case with Goodman’s work, both via the release of Teeth Marks and with her new phase of touring heavily and connecting to her fans.

For better or worse, it’s natural for listeners to want to connect with singer-songwriters on a deep, intimate and personal level. But with her nuanced and ever-broadening collection of songs, Goodman is up to the challenge of navigating the complexities of of identity. Teeth Marks is a potent next step.

John Prine will be remembered as a man who wrote incredible songs — but also, as a man who loved hot dogs, kept Christmas trees up year-round and never left home without … condiments? The folk icon is known for his way with words, but also for his quirks.
Prine was a friend to younger acts and, in turn, was experiencing a career renaissance when he died. Thanks to his 2018 album The Tree of Forgiveness and recent accolades from the Americana Music Association, the Songwriters Hall of Fame and the Recording Academy, Prine was finding a new level of fame and left this world as a beloved friend, mentor and artist.
This article was originally published by Theboot.com. Read the original article here.
Share on Facebook
Share on Twitter
Share on Pinterest
Share on LinkedIn

Charles Kelley Shares New Song That’s a Goodbye Letter to Alcohol
A Decade in the Making – A Timeline of the Reba McEntire & Rex Linn Romance
Randy Houser’s New Album Is More on the Traditional Side
Larry Fleet Tells The Story Behind His Smash Hit “Where I Find God”
Sam Hunt Gets Back to His Roots on New Song, ‘Start Nowhere’