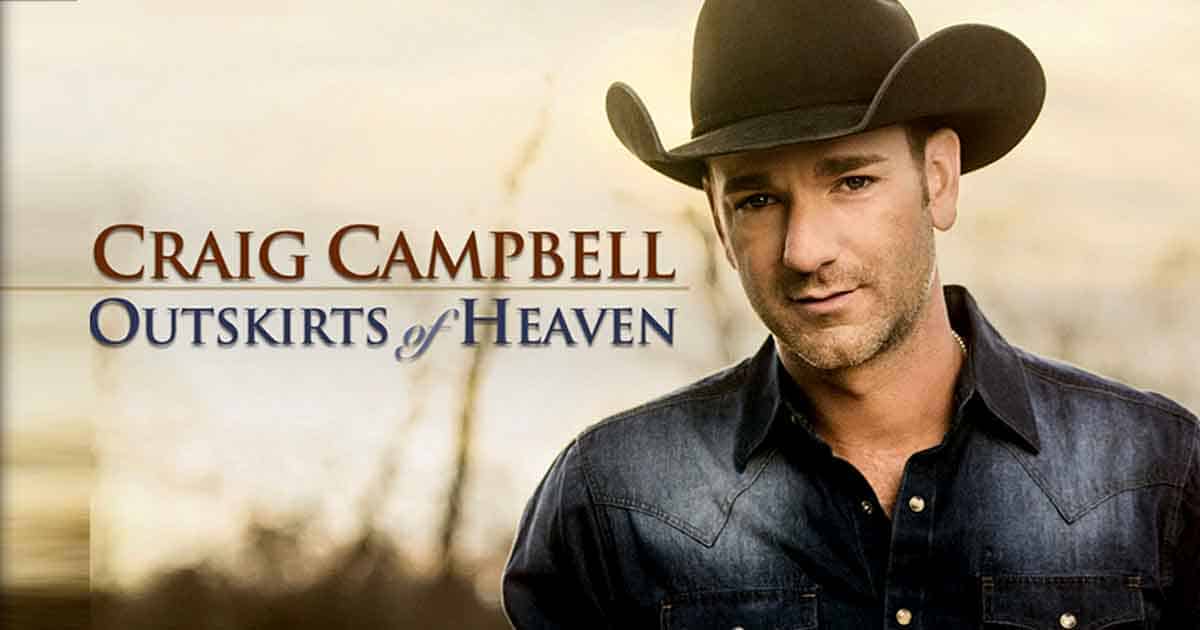 This song was released in April 2016, Campbell wrote this song with his co-writer, Dave Turnbull. The single sold 90,000 copies in the US as early as March 2017 and reached the 32nd spot in the weekly US Hot Country songs.

The Meaning and Inspiration Behind the Song

Craig Campbell decided to pen “Outskirts of Heaven” to narrate the idea of his heaven after being inspired by one of the bible verses. Besides describing it, this song is mainly a prayer request and gives the Lord a roadmap on what and where in heaven he wants to be in the afterlife, the outskirts.

RELATED: The Best Country Gospel Songs To Uplift You In These Challenging Times

If you read the book of Revelation, heaven is described as a large city with golden streets and pearly gates, contrary to the place where he grew up and was used to. He cannot imagine living in a big city like that, and the idea of living in a big metropolis makes him anxious and nervous. So that is why in this song, he reiterated his request to the Lord to live in a simple place in heaven where there is a dirt road, fish in the river, blue skies, and green grass forever.

All of us want to see the entire picture of heaven. Everyone one of us might want to see our place in that promised paradise, a place where we can live peacefully and feel content. And with “Outskirts of Heaven” by Craig Campbell, we can now imagine what place and where in heaven we might want to live after this.

Watch and enjoy the “Outskirts of Heaven” of Craig Campbell in the video below.