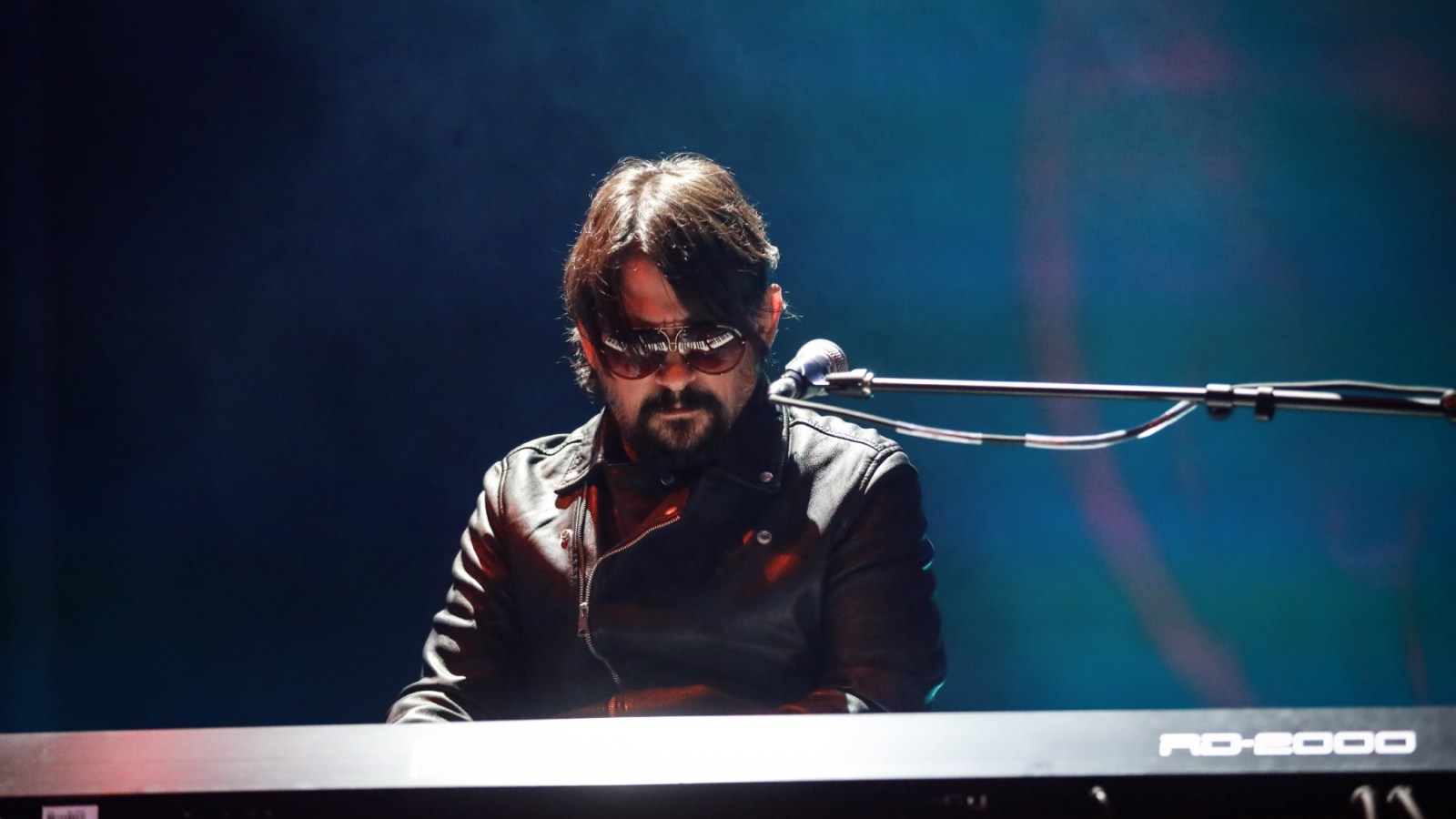 At age 43, Shooter Jennings has called Los Angeles home for over half of his life. The City of Angels remains an endless well of unique, once-in-a-lifetime characters — whether glorious or depraved, righteous or demonic — for the Grammy-winning producer. And it’s those figures that inspire Jennings’ creativity, both onstage and in the studio. He can be alternately fueled by the literary madness of Charles Bukowski and the musical explorations of Warren Zevon, two characters who represent the many layers of L.A. to Jennings.

During last week’s inaugural Rebels & Renegades Music Festival in Monterey, six hours north of Jennings’ home, he indulged his affinity for Zevon, putting together a band — the Werewolves of Los Angeles — to play a set devoted to the eccentric songwriter who died from cancer in 2003. Among the highlights: a rousing take on Zevon’s 1978 tale of desperation, “Lawyers, Guns and Money,” which premieres on Rolling Stone.

We caught up with Jennings — who recently oversaw the release of a new sneaker dedicated to his father Waylon Jennings — before he took his seat behind the keyboard to talk all things Zevon.

For a lot of folks, myself included, Zevon is a musical god.
Me, too. I’ve loved him a long time. But, in the last four years, I went really deep into his whole catalog. And I was [also] going through this period of really getting into Linda Ronstadt, Peter Asher, all this L.A. stuff. I just had been playing the self-titled [1976] Zevon record, and it had become such a huge part of me over the last three or four years. And when my wife, Misty, said [to cover Zevon], I was like, “You know what? That’s exactly what I’m looking to do.” 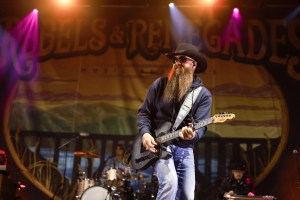 I just wanted to challenge myself. I’ve been touring and playing piano with Brandi Carlile for two years in her band. And I’d really like to woodshed at the piano so much more. I’d been teaching myself a lot, so that’ll make this fun and exciting… So, we put together this band just for [Rebels & Renegades], and we’re calling it the Werewolves of Los Angeles. It’s just a one-off right now, but we’re filming [the tribute set] with the intention of maybe bringing it to L.A. and doing it there. I threw in three of my own songs because I know there’s going to be some confused people here who didn’t know [I was doing a tribute set]. There’s 15 Zevon songs — we’re covering a lot of stuff.

What really surprised you in diving deep into Zevon musically? Also, I’d like to add there are two camps with Zevon — those who are obsessed with him, and those who have yet to listen to him.
Right? I agree. With Zevon, I didn’t realize it until I learned all these songs we were rehearsing, was how similar his vocal range and his style logically, the keys he’s choosing, is very much a lot like myself…. There’s a lot of overlaps with my own life [and his], and I just have such an admiration for the simplicity of his songwriting. The chords and things, it’s all very simple, but it’s so artistic and biting. Lyrically, he can chop a whole forest down with one word — it’s amazing.

Which is also what we love about Bukowski, where he can explain something in four words, which might take a different writer maybe two pages to do.
It’s so true. I love him so much. It’s funny, because there’s an overlap here. Brandi Carlile and I produced a Tanya Tucker record [in 2019]. Well, we just finished the [follow-up album] and I had this vision for the record to kind of go down the Linda Ronstadt route a little bit, musically and sonically. As I was writing a song for it, I was trying to find lyrics for it. In my mind, it was a very Zevon musical thing. But, for lyrical inspiration, I brought this book of Bukowski poems.

Which one? “The Last Night of the Earth Poems”?
Yes, that’s exactly what it was. I love that book, man. My wife gave me that book a while back and I had not really cracked through it. When I was looking for inspiration for this song, I literally found that I could just twiddle the pages, just stick my finger anywhere and open it, and find something that was just so unbelievably inspiring — a point-of-view or a hot take on a situation in life that was just so great. Bukowski, he’s just been my favorite for so many years. And Zevon is the same [kind of L.A. weirdness].

Do you think you’d ever record an album of Zevon songs?
Maybe. I’d be totally into it, man. We’re going to record [the set] tonight, a multitrack recording. Maybe we’ll release this if I don’t fuck it up too bad. I’d like to do what we’re doing tonight, maybe add another five [Zevon] songs, and do something [onstage] at the Troubadour, maybe have a couple guests. I like the idea that I’m not trying to make it all about me, [it’s about] representing the songs really well — L.A. people would probably really enjoy having that moment.

With Zevon and Bukowski, it’s also like the writings of Jack Kerouac, where you grow up alongside the words, and the music. The older you get, the more you identify with the depths of the human condition they write about, where you might not have understood the emotions as a younger, inexperienced person.
Yeah. It’s the sadness of the verse in [Zevon’s] “Carmelita,” about him selling his typewriter, [“Well, I pawned my Smith Corona / And I went to meet my man / He hangs out down on Alvarado Street / By the Pioneer chicken stand.”] You can’t really understand that until you’re like in your forties. His little creative tool for art, he’s getting rid of it to get high. It’s so devastatingly sad — that’s an adult sadness.