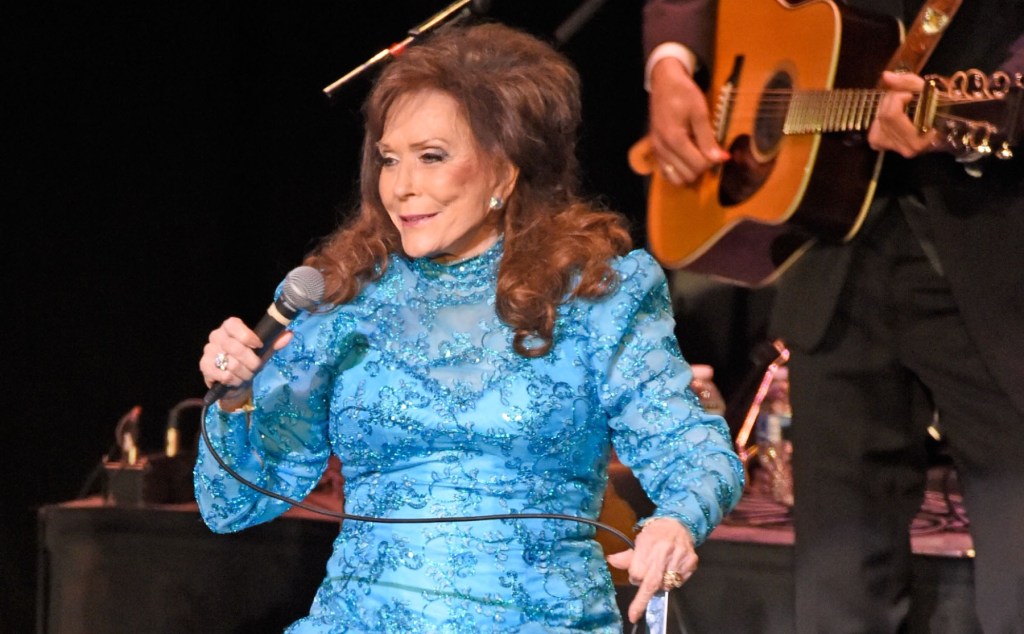 On April 22, 2017, Loretta Lynn took the stage at the Tarrytown Music Hall, a small theater outside New York City. Lynn, who died on Tuesday at the age of 90, had celebrated her 85th birthday a week earlier with a triumphant two-night run at the Ryman Auditorium, but this was a low-profile gig — just Lynn and her band playing to 800 or so fans.

That made no difference to Lynn. With help from her daughter Patsy Lynn Russell, sisters Crystal Gale and Peggy Sue, and her six-piece backing band, Lynn delivered an electrifying 90-minute set. She sang the hits like “Fist City,” “Don’t Come a Drinkin’” and “I’m a Honky Tonk Girl,” let the crowd help sing the tribute to her late contemporary Patsy Cline on “She’s Got You,” and delivered a chilling rendition of “Dear Uncle Sam,” her tale of a housewife suffering a crisis of faith in her patriotism when her husband gets sent to Vietnam. “I really love my country, but I also love my man,” Lynn sang that night to a silent audience.

Twelve days later, Lynn suffered a stroke and cancelled the remainder of her tour dates. The show in Tarrytown would end up being the last full headlining concert Lynn would ever perform.

Though she never played another full concert, Lynn sporadically appeared onstage and in public in the years leading up to the pandemic. In April 2019, she made a triumphant return to the stage at the finale of a star-studded 87th birthday tribute concert at Nashville’s Bridgestone Arena when she sang “Coal Miner’s Daughter” alongside Tanya Tucker, Alan Jackson, and Brandi Carlile. Later that year, she made a few select appearances, accepting a Lifetime Achievement honor at the Nashville Songwriters Association International awards that September and then receiving a standing ovation at the CMA Awards in November as Jennifer Nettles and members of Little Big Town performed “You’re Lookin’ at Country” in her honor.

Lynn appreciated all the attention and praise, but it felt slightly off. She was a born performer, and she never seemed more comfortable than when she was onstage commanding a crowd like she did that last night in 2017 in Tarrytown, singing her dozens of hits to her fans with her family close by.