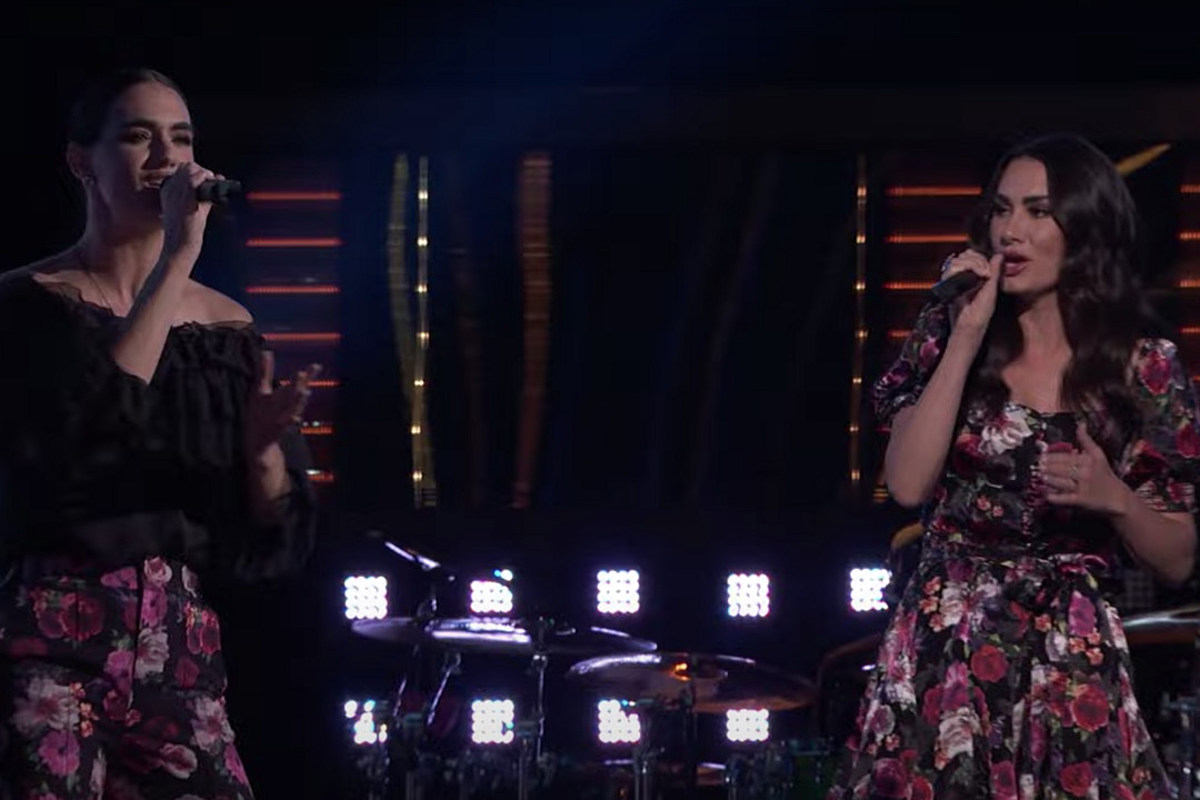 Heading into another round of blind auditions on Season 22 of The Voice on Monday night (Oct. 3), Blake Shelton had already nabbed a duo for his team. So he was out of luck when he heard the dynamic sister duo of Lindsay, 34, and Kasey Staniszewski, 30, who stepped onstage to show off their talents midway through the show.

The country music duo, who call themselves the Marilynds after the state of Maryland, where they grew up, busted out a harmony-filled rendition of Lady A’s “What If I Never Get Over You” from the band’s Soundtrack to Summer album.

Throughout their performance, the siblings, who are also best friends, took turns singing the verses of the song, making sure not to drown each other out. They showed off their unmatched sibling harmony on the choruses, flooring coaches Camilla Cabella and John Legend, who slammed on their red buttons.

“I remember auditioning for one of these shows. It changed my entire life. I was in a girl group for almost six years of my life. I know harmony and arrangement like the back of my hand. I turned because I would be so excited and inspired to work with you guys,” Cabello told the duo afterward.

“I used to sing with my siblings too, and I would love to work with you,” Legend cut in. “There’s something special about that harmony you have when you know that person so well. I’ve been arranging for groups and choirs and harmony since I was a kid, literally. I love hearing two voices that are in sync together.

“I’m not a country artist, but I’ve worked with some great country artists, including Lady A, and I think you could go far in this competition. I would love to be your coach,” he added.

“I have a duo on my team,” Shelton added before throwing Cabello a bone in hopes to talk the Marilynds out of joining Team Legend. “I guess if you feel like you’re country-pop, I would be thinking, John is kind of a jazz, R&B kind of guy, I’ve never heard anybody say, ‘I’m kind of a country, jazz artist.’ I’ve never heard that.”

In response, Legend proceeded to jokingly argue with Shelton. That’s when Cabello had producers cut off their microphones and dim the lights so she could get in a few extra words. However, Legend wasn’t going to let Cabello persuade the Marilynds to join her team without a fight — he stood under Cabello’s spotlight and waved a jacket in front of the girls to lure them in with a welcome gift.

And it worked. The Marilynd’s simultaneously announced they wanted to compete on Team Legend.

Interestingly, both Lindsay and Kasey seem to share more than one passion. Along with singing, they have both taken part in pageantry. In a pre-recorded clip ahead of their audition, they told viewers that they each served time as pageant titleholders for Miss Maryland at different stages of their lives. Lindsay was Miss Maryland in 2010, while Kasey held the title in 2013.

Fans can tune into The Voice on Monday and Tuesday nights to find out how the Marilynds fare in the competition, going forward.