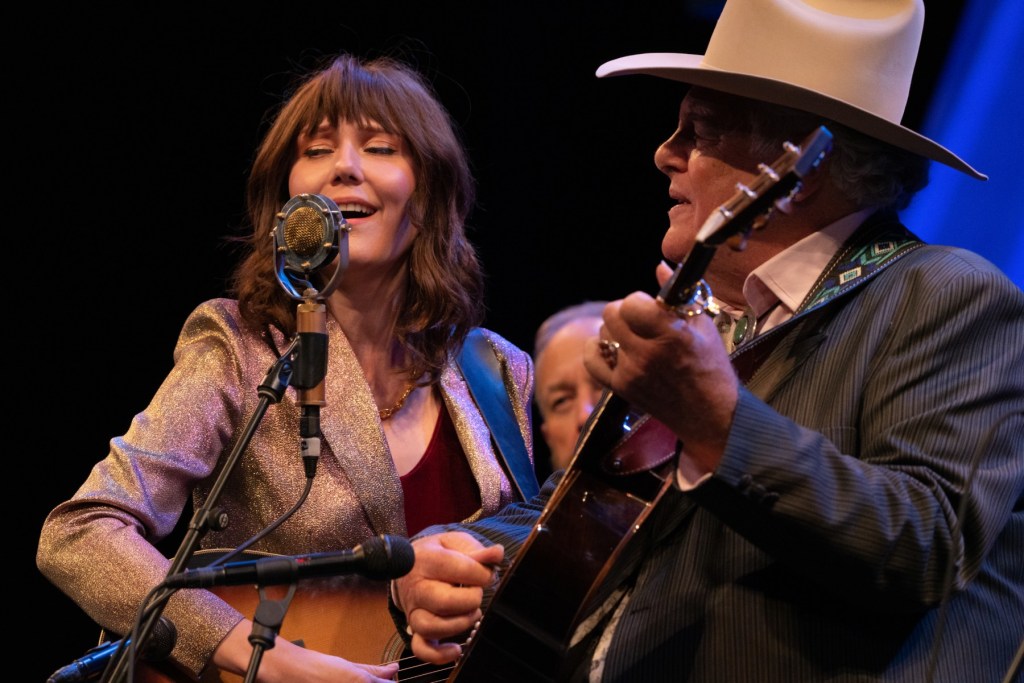 Béla Fleck came away the big winner at Thursday night’s 33rd annual International Bluegrass Music Association awards in Raleigh, North Carolina, winning Album of the Year for My Bluegrass Heart. The banjo virtuoso also won Instrumental Group of the Year, Banjo Player of the Year, and Instrumental Recording of the Year.

“Things grow and they change,” Fleck tells Rolling Stone backstage at the Duke Energy Center for the Performing Arts in downtown Raleigh. “You are just part of an evolution, and you just have to do your best to make sure that what you do has some meaning. You’re seeing a lot of people that are feeling very free to go on their own — I think that’s where we need to be.”

Those heartfelt sentiments by Fleck underscore the deep shifts within the bluegrass realm in recent years, something emphasized by the rocket ship that is Billy Strings. The six-string ace took home his second-in-a-row Entertainer of the Year honor, as well as Song of the Year for “Red Daisy.” (Strings was on tour in California and unable to attend.)

Fleck’s return to the world of bluegrass emerged with his acclaimed latest album My Bluegrass Heart — an ode to where it all began for Fleck, and also where it might go from here. The record is part of a trilogy of releases, including the albums Drive (1988) and The Bluegrass Sessions: Tales from the Acoustic Planet, Vol. 2 (1999). 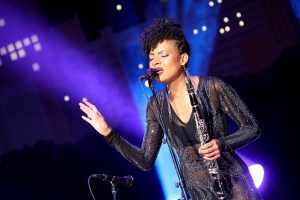 For Fleck, it’s full circle to fully immerse himself again in the “high, lonesome sound.”

“I’m the only banjo player when I’m trying to play in a classical situation or with jazz musicians or musicians from Africa or India. I’m always the odd man, the imposter,” Fleck says. “But, in bluegrass, I know that music really well, and the banjo does belong. The important thing is to come back and remember how it really goes once in a while — what the real thing is.”

Fleck’s current tour has featured some of the finest pickers and singers in the genre, many of which are becoming boundary-pushing breakout stars, including Molly Tuttle, who picked up her first Female Vocalist of the Year trophy.

“The world is more open for genres to kind of merge, and the way music is discovered now is so different,” Tuttle says. “People have a lot more diverse musical taste [these days], so that opens artists up to experiment more and not feel boxed into one genre.”

Another rising artist who has collaborated with Fleck, onstage and off, is Sierra Hull. She received her fifth Mandolin Player of the Year honor, while Hull’s husband, Justin Moses, won his fourth Resophonic Guitar Player of the Year.

“The truth is, if you’re a bluegrass musician and you go out into the world, you’re doing more good for bluegrass than you’re hurting it,” Fleck says. “You’re showing people what’s so great about bluegrass. It’s like boot camp — if you can play bluegrass, you’ve got ability, now what are you going to do with it?”

And yet, for each step forward in bluegrass, there’s always one foot firmly rooted in its tradition and elder statesmen: Del McCoury, at 83, picked up his sixth Male Vocalist of the Year and second in a row.

Bluegrass titan Doyle Lawson & Quicksilver were also recognized with Vocal Group of the Year. At 78, Lawson, who retired from touring in December 2021 after 59 years on the road, was happily surprised by the award.

A highlight of each IBMA awards show are the inductees into the Bluegrass Hall of Fame. For 2022, they included storied multi-instrumentalist Norman Blake, famed radio broadcaster/fiddler Paul “Moon” Mullins, and the “Cosmic Cowboy” himself, Peter Rowan, who was inducted by musician-historian Jim Rooney.

Rowan, who left his native Boston, Massachusetts, as a self-proclaimed “green horn,” wound up singing lead and playing rhythm guitar for the “Father of Bluegrass Music,” Bill Monroe, when he became one of Monroe’s Bluegrass Boys in the mid-1960s.

Parker McCollum Extends Headlining Tour Through Summer 2023
Why Teddy Bear by Red Sovine Will Leave You in Tears
Remembering Hal Ketchum: A Look Back at His Best Songs
Ranking All 29 of Tim McGraw’s No. 1 Songs
Country Concerts 2023: Tour Dates and Venue