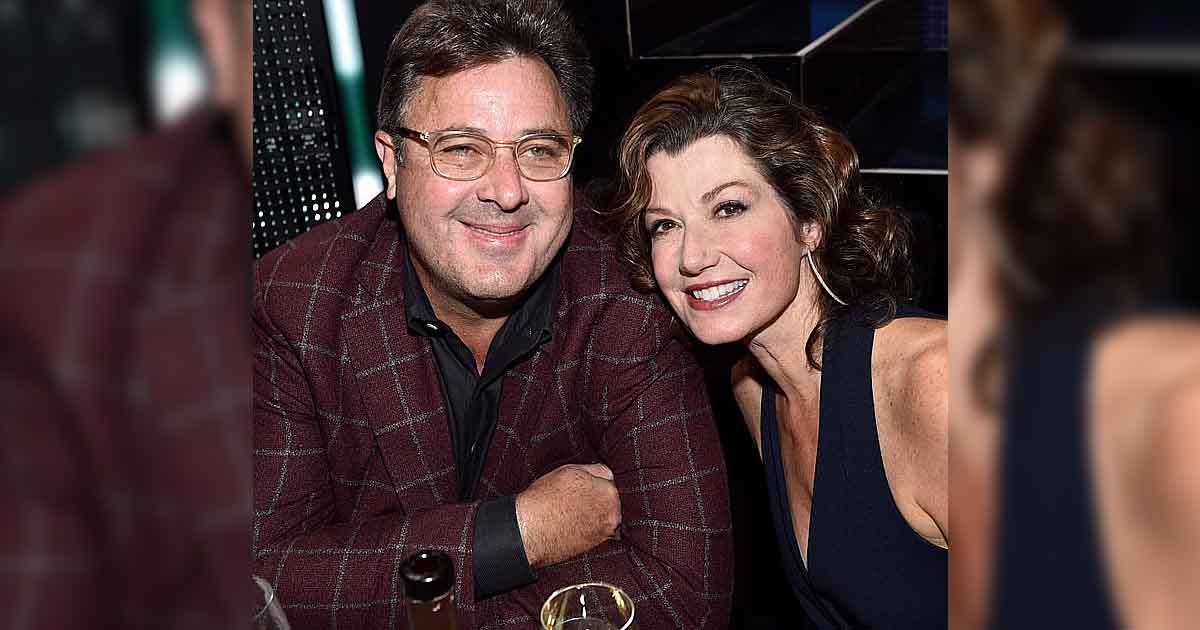 However, one very important person was noticeably missing that evening: his wife, Christian singer-songwriter Amy Grant, who is continuing to recover from a bicycling accident that left her hospitalized last month.

Gill assured fans that despite her absence, Grant is “doing great.”

While on the red carpet, the “Go Rest High on That Mountain” singer told entertainment news magazine Entertainment Tonight said that Grant is pretty much heavyhearted for not being present on a very special night. But with her accident and all of that, they kind of deemed that the best thing for her to do is just be still,” Gill said, adding that it was quite tough for Grant as she’s an extremely active person.

“She knows that she is well thought of, well-loved, and represented tonight, so it’s all good,” Gill concluded.

Amy Grant was taken to Vanderbilt Hospital after she fell while cycling near a golf course in Nashville. While she was wearing a helmet at the time of the accident, she needed treatment for cuts and abrasions. It was also later revealed that she had passed out for ten minutes.

The mishap forced Grant to reschedule her fall tour to early next year – and instead, focus on recovery and rebuilding her stamina. But this unfortunate event is not enough to slow her down from doing the thing she loves the most.

Anyway, we wish Grant to be feeling strong again soon!

Tracy Lawrence to Drop a ‘Very Country’ Album Made in America

Dolly Parton Expresses her Faith through the Song “Jesus and Gravity”

The Incredible Rendition of “Abide with Me,” Recorded by Amy Grant

The Incredible Rendition of “Abide with Me,” Recorded by Amy Grant

A Poignant and Redemptive Song, “Better than a Hallelujah”

A Poignant and Redemptive Song, “Better than a Hallelujah”

Taylor Swift Soars with Her Sixth No. 1 Album Lover

Taylor Swift Soars with Her Sixth No. 1 Album Lover

Hear Skeeter Davis’ Amazing Rendition of “How Beautiful Heaven Must Be”

Hear Skeeter Davis’ Amazing Rendition of “How Beautiful Heaven Must Be”

A Tribute to Hank Willams’ Legacy: Roy Clark’s “I Saw the Light”

A Tribute to Hank Willams’ Legacy: Roy Clark’s “I Saw the Light”