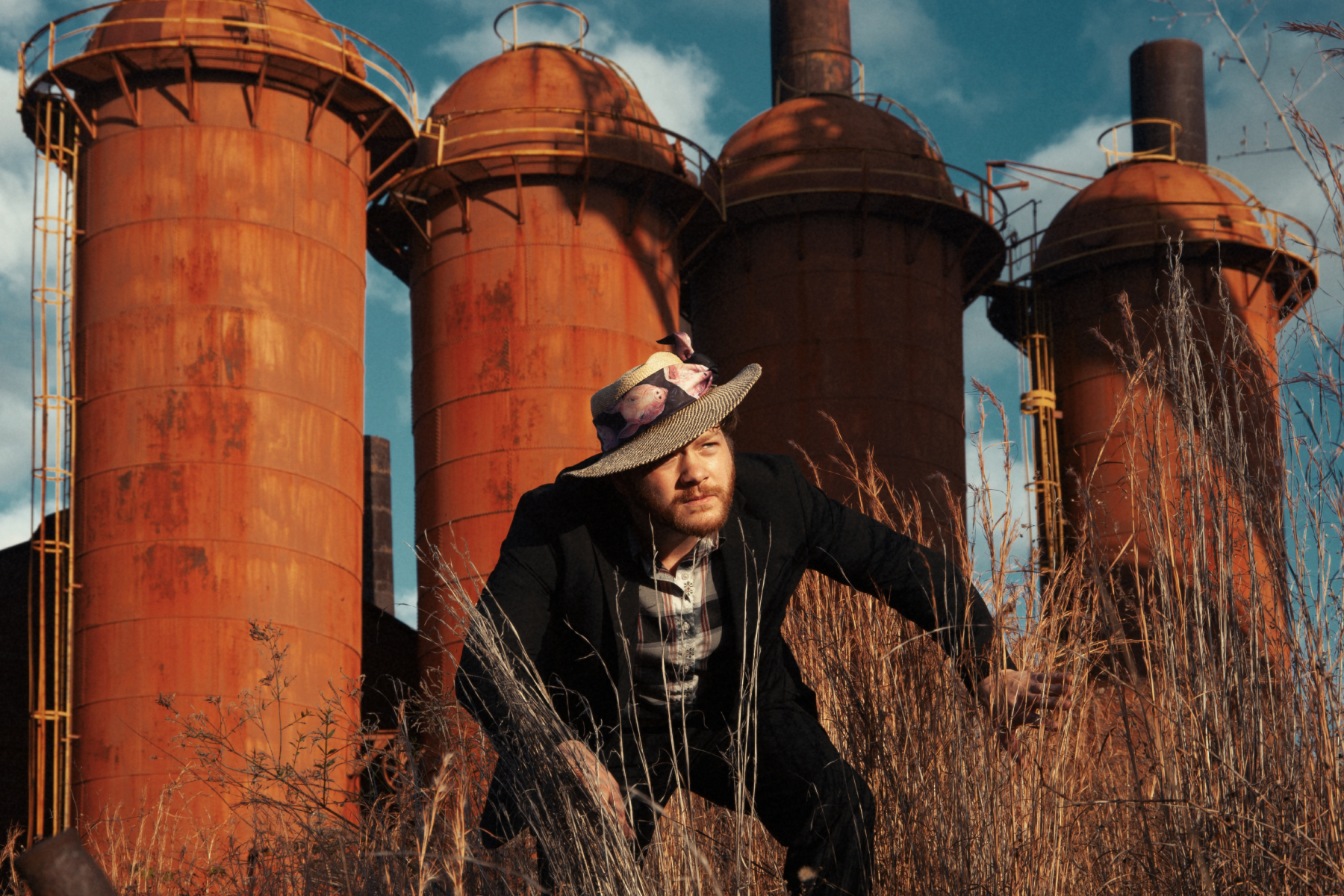 Early James doesn’t like it when his lyrics sound too straightforward. The Alabama singer-songwriter tends to approach things obliquely, adding an air of mystery and haziness that doesn’t just spell it all out. Sometimes he even does it to his detriment.

“I like to confuse myself by what I even mean,” James says. “It’s like, what do you mean by that? I’m like, ‘That’s a fun turn of phrase. Does it make sense? No, not yet.’ And then you just make it make sense.”

James had to do some sense-making labor for “Real Low Down Lonesome,” a duet with roots star Sierra Ferrell that appears on his upcoming album Strange Time to Be Alive (Aug. 19). Over a dramatic, flamenco-influenced set of chords, Ferrell coos about “an awfully strange gallows trick” and James murmurs about “striking matches just for fun,” vividly illustrating the potently seductive and dangerous attraction between two people. James had written it with Ferrell and Strange Time to Be Alive‘s producer Dan Auerbach, but he wasn’t quite satisfied with the result.

“I went home and tried to season up the lyrics a bit,” he says. “I thought it read plainly at first. I just want things to be more poetic. I really want to think about a line. I don’t want it to read like a love song from the Fifties where it was like, you can just write down how you feel and make it rhyme and that was poetry.”

Strange Time to Be Alive, which teems with those unusual lyrical flourishes, reunites James with Auerbach, who produced the 2020 debut Singing for My Supper. Working with his bandmate Adrian Marmolejo and Auerbach’s cast of ace studio players, James accented his outré, Tom Waits-ian compositions and signature gruff croon with knotty bursts of electric guitar and surprising melodic changes to complement his lyrics. He also touches on more worldly topics, from online discourse to religious violence, then shakes his head at the misfortune of being present for the chaos in the title track.

James will be on tour all this fall, including dates supporting the Black Keys and headlining club shows, as well as an appearance at AmericanaFest 2022. That is if his van can get him there.

Singing for my Supper came out on March 13, 2020, pretty much the day the whole world shut down. How did you handle that, and what impact did it have on your operation?
I had never really released a record before so I didn’t know what to expect anyway. I was actually pretty blessed, pretty lucky to do a lot of the things I did get to do. but I definitely think having no experience in that regard set me up for taking it on the chin a little better because I had no frame of reference. We just did a shit-ton of streaming and that surprisingly paid the bills for a while — it’d be fine with me if I never saw a livestream ever again.

I hear a lot of heavy guitar work, more aggressive sounds on Strange Time to Be Alive. Was that a goal for you this time around?
I don’t know why that happened. One big difference is the first record I was playing a lot of acoustic and if I did play electric I just plugged directly into an amp. I’d never had a pedalboard. As soon as that record came out, I got addicted to pedals so the more pedals I got, the more sound I could make. I got empowered by the first record because I never really had a full band, and then touring and playing live, I realized how much fun it is to be loud.

In “Straightjacket for Two,” there’s some post-rock angularity in the way you riff. It’s not straight out of blues-rock. How did you come up with that?
It starts as a blank canvas, I guess. Once you play it on an acoustic and then it’s in your memory you paint it in your head with tones and stuff. With “Straightjacket,” that was a demented love song that I was feeling like almost Tom Waits-esque tones, Mule Variations or something. That’s what I thought of. It’s almost like hearing it wrong, because the song’s supposed to be a love song, but the lyrics are insane. It’s like someone who’s crazy who’s idealizing a relationship that’s maybe not good for them.

The album opener “Racing to a Red Light” reminds me of a sparse, funky Wu-Tang track.
[Laughs] It’s like a trap beat on it.

Yeah, and the spooky way the guitars ping off one another is cool. You also mention Joe Rogan and Elon Musk in that song, and the way they have managed to suck up a lot of oxygen. Were you exasperated by their actions, or the discourse around them?
All of it. I wrote that when we were on the way home in March [of 2020] when the world was coming to an end. It was a pissed-off stream of consciousness. I wrote the song, except for the bridge, all in one go in a hotel room. The thing that drives me the craziest is that it’s not necessarily them, it’s all the people that talk about it that perpetuate it. I don’t think Joe Rogan is a bad person. I don’t think Elon Musk is a bad person. I’m sure they’ve done bad things just as I have. But every time you see a post on Twitter, Reddit, any form of social media, it was like… every top comment is like, who said that first? It’s a quote. No one’s saying anything, everybody responds with a caption of a meme. That’s how people talk on the internet now instead of actually saying how they feel. I don’t know if that’s for fake internet points. I was just tired of that culture and all those people that perpetuate it.

“Dance in the Fire” is the lone truly acoustic song, but it’s almost more intense than some of the electric ones. How did that come together?
I’m not very religious personally but I have a lot of religious friends. My buddy was talking about Mecca, making a trek all the way to Mecca to feel closer to God. It’s a whole trek and when they get there they feel they are closer to God. My buddy who is a Christian said, “I randomly feel closer to my god, it’s never at church, it’s random.” It was a song about I don’t bash anyone’s beliefs, but religion has pretty famously and historically led to some pretty terrible things that happened and all from being founded and feeling like you’re doing this for your one true god. The song is like, you don’t need religion to be a good person and to know what you’re doing is right.