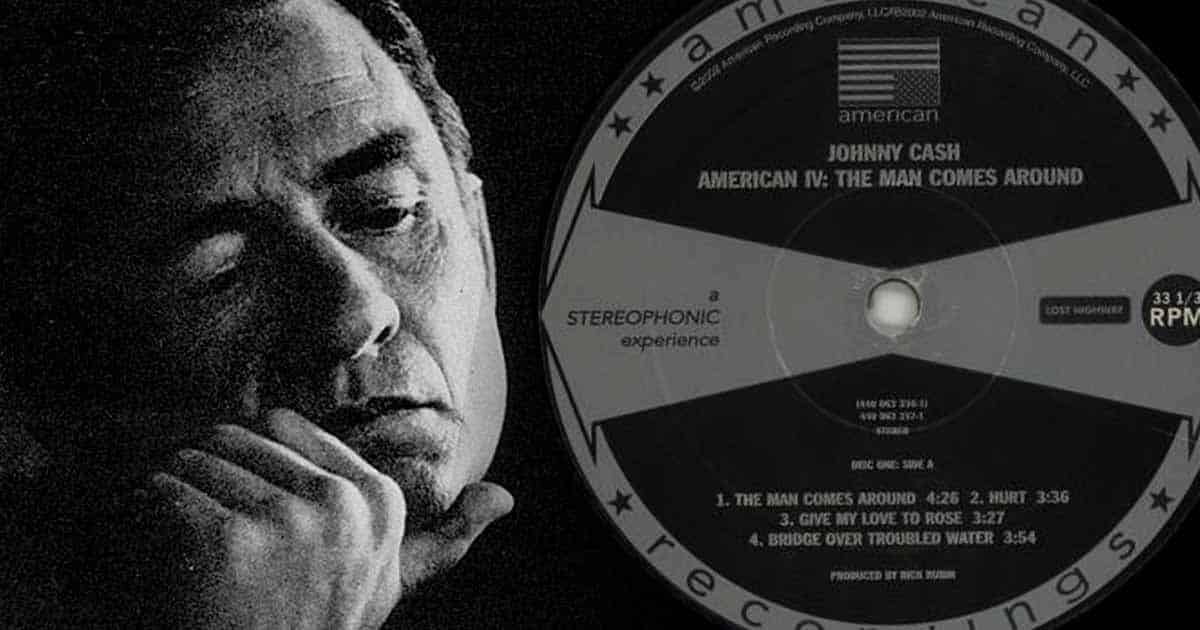 The country legend wrote the song several years prior to the recording of the album. It began when he had a dream of walking into Buckingham Palace, where he met Queen Elizabeth, sitting on the floor. When she noticed him, the Queen told the crooner, “Johnny Cash, you’re like a thorn tree in a whirlwind!”

The dream stuck with Cash that several years later, he decided that the reference must be a biblical one. So, he went on and wrote the song he described as his “apocalypse.”

He then updated it for the fourth record of his “American” series of albums, wherein three out of fifteen Johnny Cash songs were written by the legend himself. However, “The Man Comes Around” is the only song Cash wrote in its entirety.

A Song Full Of References To The Book Of Revelation

According to Johnny Cash, he spent more time on “The Man Comes Around” than any pieces he ever wrote, and he considers it as one of his most significant tunes. “It’s based, loosely, on the book of Revelation, with a couple of lines, or a chorus, from other biblical sources,” the country crooner said. “I must have written three dozen pages of lyrics, then painfully weeded it down to the song you have here.”

RELATED: Here Are The Best Country Gospel Songs To Give You A Lift In These Difficult Times

Biblical references in the lyrics include the spoken word introduction – which opens the song – that’s taken from Revelation 6: 1 – 2. Several references from the Book of Revelation follows as Cash sings about the Man who will come to pass judgment one day, along with the Parable of the Ten Virgins from the Gospel of Matthew.

You can listen to “The Man Comes Around” by Johnny Cash in the video below. It truly is a deeply personal message about the Christian faith to his fans.