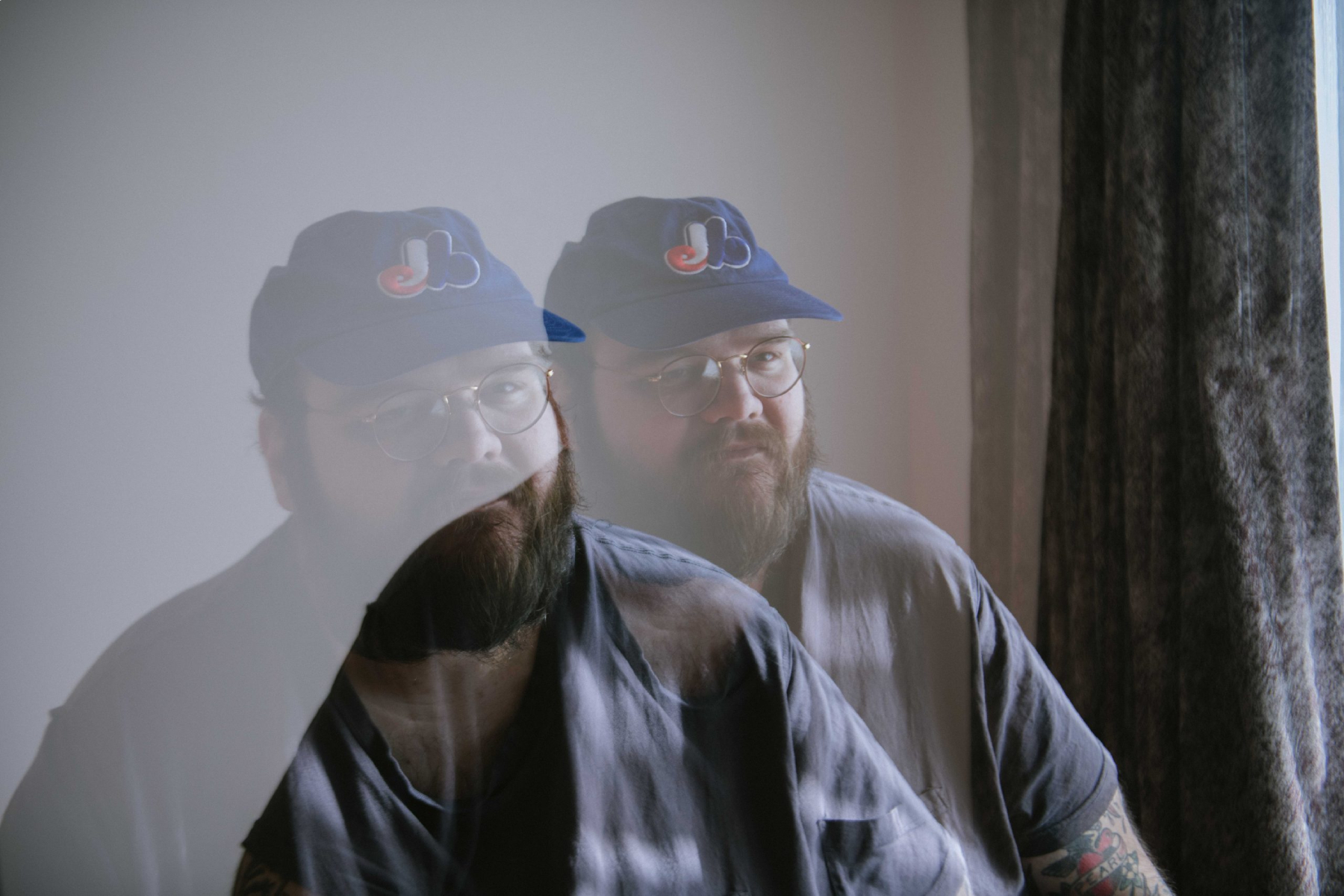 John Moreland can hardly remember writing many of the lyrics to his new album Birds in the Ceiling. That’s because in the early months of the pandemic, the Oklahoma singer-songwriter found himself settling into a new songwriting routine: After his wife went to sleep, starting around midnight, Moreland would light up a joint, turn the lights off, and begin watching YouTube videos by the user Rambalac, who films himself taking long walks around Tokyo at night.

A few hours later, Moreland would look up and he had written a new song.

Moreland was drawn to the walking videos because he was unsure if he’d ever travel again. At the time, that was fine by him. Touring had become a real drain for the singer at that point: “I had too many people around, and they weren’t the right people,” he says obliquely. “It got kind of shitty there for a while.”


Song You Need to Know: John Calvin Abney, ‘When This Blows Over’

Chasteness, Soda Pop, and Show Tunes: The Lost Story of the Young Americans and the Choircore Movement

Moreland had also just released a new album, LP5, a transitional collection he released in the wake of his deal with the British record label 4AD falling apart. Like many artists who released records in the first few months of 2020, Moreland never had the chance to properly support the album on tour, but he ended up viewing that as a blessing. “I had tours coming up that I was dreading, like ‘I don’t wanna do this,’” he tells Rolling Stone. “I was super relieved to not have to tour for a year and a half.”

The last time Moreland spoke to Rolling Stone, in early 2020, the Tulsa songwriter was still working his way out of that professional rut (“I don’t really feel any type of way about it honestly,” he said of losing his label deal). Today, with a new album that represents his musical interests more fully than ever before, the 37-year-old has gained much more perspective on the past decade of his career and life.

First, Moreland is eager to be seen as a musician and not solely as a songwriter. And as he first communicated two years ago on LP5, he is most interested in exploring electronic textures and templates that bear little in common with the type of Bruce Springsteen-meets-Townes Van Zandt singer-songwriter music with which Moreland made his name in the early 2010s. His new music may alienate some of his fans (it draws on the artists of Moreland’s youth: Janet Jackson, Sinéad O’Connor, Sarah McLachlan), but he’s more than OK with that.

“At this point, I almost want to make something that some of my fans won’t like,” he says. “Because it feels like you have to assert who you are now and then, or else everybody else is going to.”

The indie and electronic-influenced music he is making now would be a better fit for 4AD than the solo record (2017’s Big Bad Luv) he released during his brief tenure there, an irony that’s not lost on Moreland. He appreciated the label’s long history in dance and electronic music, and thought its reputation might help guide him outside of the very narrow Americana box he’d been placed in, but the timing didn’t quite line up. “I still wasn’t really done exploring the rootsier stuff,” he admits.

Experiences like that, however, have given John Moreland a new lightness about creating and music-making that eluded him during much of the past decade. The idea that he is becoming something of a “mid-career” artist is more liberating than anxiety-inducing, because he knows he has built a dedicated fanbase of true believers and doesn’t feel as much of a need to prove himself.

“When you’re first receiving attention, there’s this feeling that every little step you take matters so much,” he says of breakthrough albums like 2013’s In the Throes and 2015’s High on Tulsa Heat. “I found it pretty stressful. It’s hard to just chill and do your thing, because you’re thinking, ‘I have to play my cards right. And I don’t want to let down all these people I’m working with now. I’m just some fucking guy; I don’t know what I’m doing.’ I’m much more comfortable now, because, yeah, it does feel like I’m more established and I can just kind of do what I want. I’m not looking for everything I do to make or break me.”

The hazy and ethereal songs that make up Birds in the Ceiling (released via Old Omens/Thirty Tigers) are a determined continuation of Moreland’s exploration of new sounds and textures. Starting with only an acoustic guitar, “Claim Your Prize” is guided by a subtle electronic pulse throughout the song; “Lion’s Den” and “Cheap Idols Dressed in Expensive Garbage” are propelled by programmed drum loops.

Many of the new songs hint at external turmoil, from the opening lines of “Neon Middle June” (“Deep in the city wild/Stray dogs in the sky”) to the warnings of “Truth Be Told” (“The saints came self-appointed/Said they were anointed”). It’s a natural progression for a songwriter who began his solo career by fearlessly and devastatingly examining his personal life, but has felt things start to stabilize over the course of his thirties. “In the last ten years or so, my immediate life around me has just gotten better and better in most ways,” he says. “So I keep zooming [out] a little bit more because I don’t have shit right in front of me to complain about.”

The last few years in the United States have, on the other hand, given Moreland plenty to write about. He says he’s already at work on a seventh album that may tackle these topics even more directly (“It’s lyrics about mass shootings and empires falling and shit,” he says). That project may very well turn out to be an extremely quiet, acoustic record. But Moreland knows he can, at long last, do anything he wants. He would like to one day make a fully electronic record — Birds in the Ceiling still features many acoustic instruments — and would also love to return to his hardcore roots and make a loud rock guitar record. In the meantime, he’s excited to put his newfound influences front and center when he performs live: He’s using a sampler onstage for the first time.

Moreland perks up when he imagines what type of music he might make in the future — excited by the possibilities, the openness and freedom of it all. “Nothing is off the table, I’ll just say that,” he says. “Don’t be surprised by anything.”