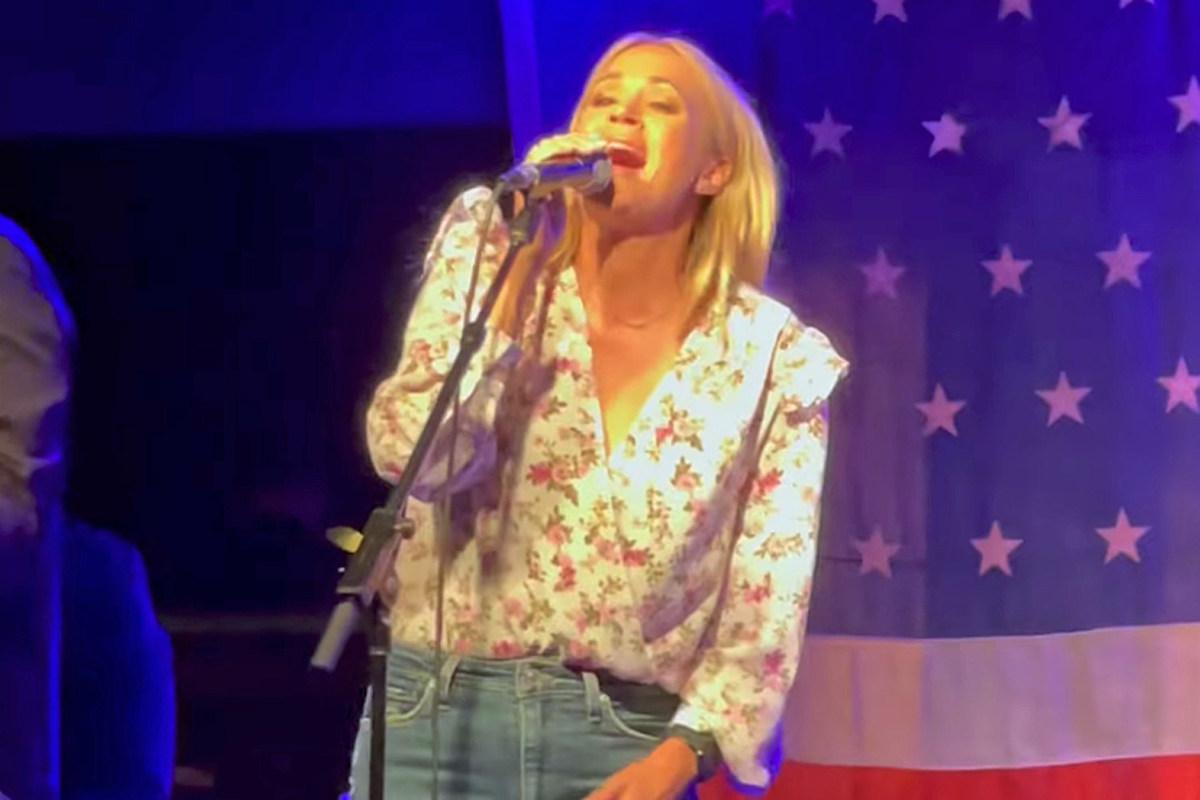 Carrie Underwood played the role of Stevie Nicks during an impromptu cover performance at a Nashville-area restaurant and bar on Saturday (Aug. 6). The “Ghost Story” singer was out with friends when she answered the call to take the stage.

The Heartshakers identify as a “Tom Petty Experience,” so the song “Stop Draggin’ My Heart Around” was a good fit for their set at Fox & Locke. The Top 5 rocker from 1981 actually appeared on Nicks’ Bella Donna album, but Petty co-wrote it, giving both legends equal claim. The lead singer of the Heartshakers joined Underwood during the chorus, much like Petty did Nicks 40 years ago.

Facebook video captured by a patron named Steve Barone finds a confident Underwood taking the stage. She grips her phone in case she needs help with the song’s lyrics, but doesn’t ever rely on it. In fact, she pockets the device midway through and rocks to the end.

While Underwood didn’t warm up, she didn’t shy away from the vocals. The performance is every bit as enthusiastic as one she’d give during her Las Vegas residency, or what she plans to give for her Denim & Rhinestones Tour in 2022. To their credit, the Heartshakers hardly seem intimidated by having one of country music’s biggest stars singing alongside them. The group power through the instrumental breaks without pause, throwing the audience in a frenzy.

While Underwood shared a photo of the band from her seat in the audience, she later explained why she was at the Leiper’s Fork, Tenn. establishment.

“Girls’ night! OK, so, the guys were there, too, but we were doing our best to pretend they weren’t,” the singer and mother of two writes. “I am so lucky to be surrounded by so many amazing ladies!”

Underwood is currently enjoying time at home before the tour begins in October. In addition to three upcoming shows at the Grand Ole Opry, she has a date planned for Iowa on Aug. 21.

Carrie Underwood’s best songs and biggest hits, ranked by fans, Taste of Country staff and industry experts, with additional consideration given to commercial success and live performances. These are Carrie Underwood’s Top 50 songs!