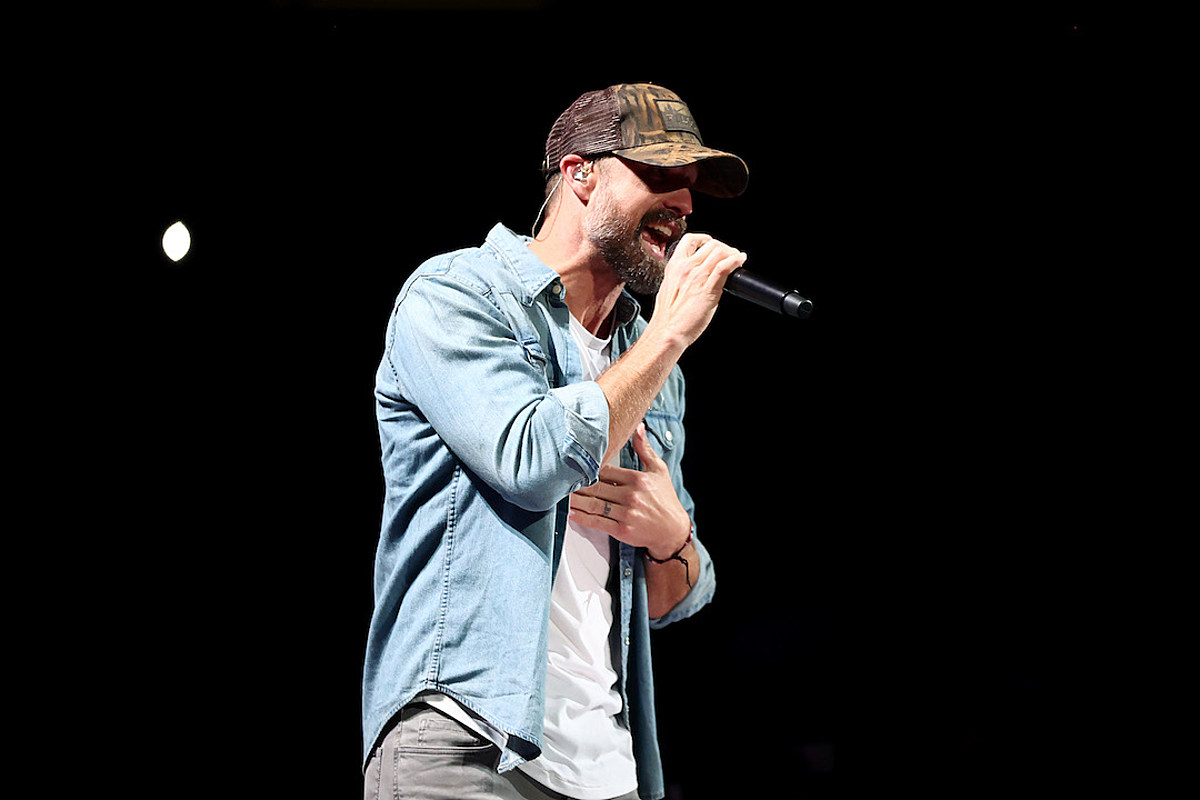 Before Walker Hayes released “Fancy Like” — a viral-TikTok-hit-turned-bona-fide-career-maker, earning him the No. 1 spot on country radio as well as as all-genre fans, a slew of TV performances and bigger stages than he’d ever played before — he spent years chipping away at his path to country music success. But once he finally arrived at superstardom, Hayes admits that there were moments when he wanted to quit the music business for good.

“When ‘Fancy Like’ popped, about two months in, I said, ‘I quit.’ I said, ‘I’m done,'” Hayes admits in a new appearance on the Today show.

As he tried to soak up every opportunity he had to bask in “Fancy Like”‘s success, the singer says he realized that his career was pulling him away from his family. “I said, ‘Hey, I think everybody will get paid for y’all’s investment in me … because I was gone. You know, I didn’t see [my family] for like, two months.”

Most fans know that Hayes and his wife, Laney, are proud parents to six children. The singer’s family life and kids feature prominently in his song lyrics, and they’re a big part of his most recent successes, too: His oldest daughter Lela helped create the viral TikTok dance that first made “Fancy Like” a hit, and she appears in the video he posted to the social media platform.

In order to keep Hayes from hanging up his country music career, his manager suggested that he purchase a second tour bus so that the whole family could join him on the road. “Game-changer,” the singer says, speaking of the decision, which allowed his whole family — including his two dogs — to join him on his Fancy Like Tour in early 2022. Now, as he looks toward his first-ever headlining arena run, the Glad You’re Here Tour, Hayes will once again bring out the whole crew.

“I could do it forever as long as Laney’s with me,” he continues. “… COVID spoiled me. I got to see what I was missing, and so that challenged me when we got back out. I was like, ‘Okay, I don’t want to miss that anymore. It’s not worth it.’ So now we’re a family band.”

Hayes stresses that life on the road together isn’t all sweet, family-focused lyrics and dance-a-long TikTok challenges.

“It’s not easy. My wife and I, we fight hard out there,” the singer says. “Sometimes she’s like, ‘Do the kid thing. You’re out there working. I need help with the kids. I’m like, ‘Well, help me with work.’ So we have battles, and then we apologize.”

Fans of Walker Hayes‘ “Fancy Like” need to know about these songs, too. The hitmaker has been in Nashville for nearly two decades, one failed recording contract, a flirtation with being broke and an alcohol addiction. That’s a lot to write about, and he does so in the most accessible ways. What’s your favorite Walker Hayes song? Find links to each in the description.
This article was originally published by Theboot.com. Read the original article here.
Share on Facebook
Share on Twitter
Share on Pinterest
Share on LinkedIn