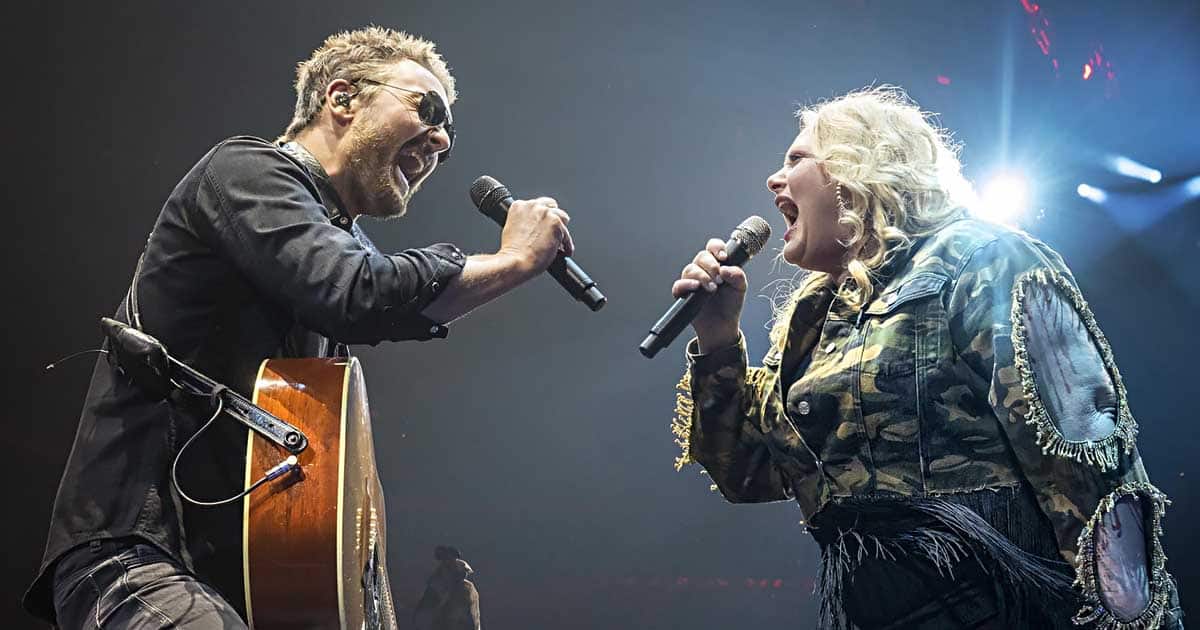 For Eric Church’s fans, his live shows will never be complete without the soaring vocals of his incredibly talented backup singer, Joanna Cotten. Sadly, Cotten has just announced that she’s leaving the country star’s band after about a decade of touring with him to pursue her own musical career.

On Sunday evening (July 31), the powerhouse vocalist took to social media to reveal that she would no longer be rejoining Church on his Gather Again tour. Cotten took a break from the road in May – wherein Ashley McBryde stepped into her boots as the tour wrapped in New York City – to focus on writing some brand-new tunes and have some time to rest and recover.

While it was her intention to return, “God has other plans.”

She’s Much More Than A Backup Singer

Joanna Cotten signed to Warner Bros. in the mid-2000s and launched her solo career with her debut song “The Prize.” However, her mix of country music, along with the soul and gospel roots she gathered while growing up in Memphis, Tennessee, failed to get a fair shot at reaching country listeners’ ears. She had more than twenty songs recorded for her debut project, but it was never released.

So, Cotten ultimately left her label in 2007, and hopped on board with Eric Church. She has performed with the country star ever since, where she would often be placed in the spotlight. Church’s fans welcomed her with open arms, too. In fact, she’s so well-loved that you’ll spot her merchandise out on the road!

While Cotten is beyond grateful for the moments she spent with Church on stage, she’s ready to go solo again. “I’ll see you out there on the road before you know it,” Cotten guaranteed.

Well, we’re excited about what’s more in store for Cotten.