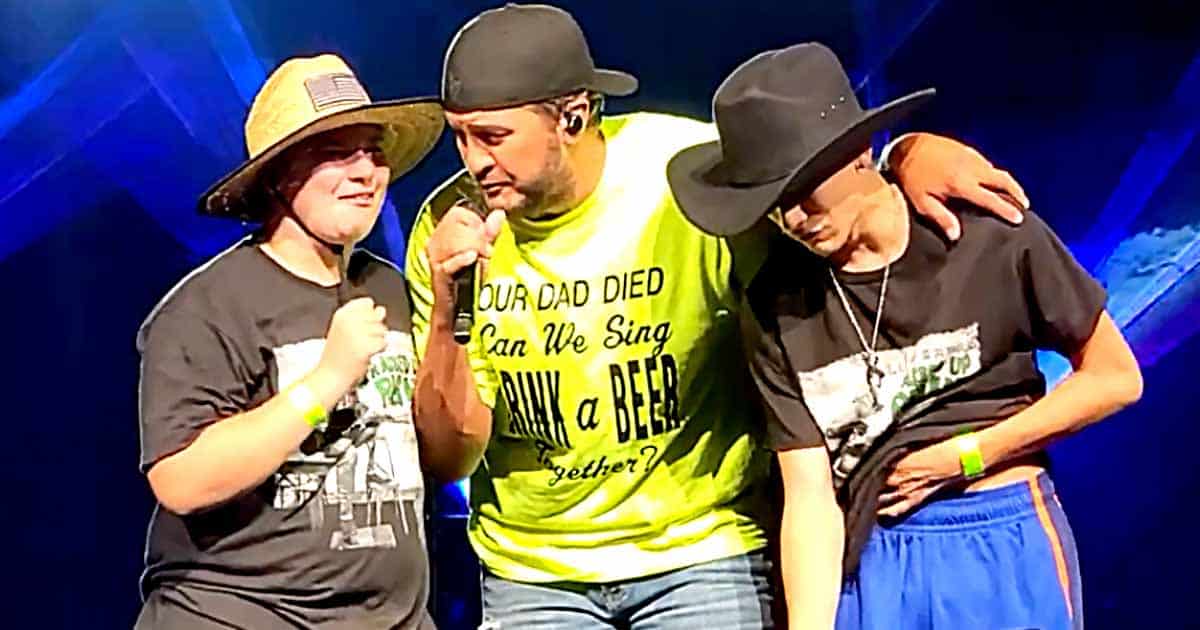 Luke Bryan was in the middle of his headlining performance at Xfinity Theatre in Hartford, Connecticut, on Saturday (July 30) for his Raised Up Right Tour when a stirring event nobody expected to happen happened!

The reigning ACM Entertainer of the Year spotted two boys in the audience, holding up a neon yellow shirt all night with a message that said, “Our dad died, can we sing ‘Drink A Beer’ together?” Bryan said it caught his attention the moment he stepped out, so he asked the two young fans to get up and do just that.

Bryan proudly wore the shirt as the boys – brothers Robert Lafranchise III and Nash, whose father recently died following a heart attack – joined him for a heartwarming performance of “Drink a Beer.” Bryan even wiped the tears off Robert’s cheeks as they sang together from their heart.

Meanwhile, the boys’ mother, Stacy Sicari, said she began shaking when the country star brought the boys onstage. It was indeed a tender moment for her, watching her boys with big smiles on their faces.

Written by Chris Stapleton and Jim Beavers, “Drink A Beer” was released in 2013 as the third single off Luke Bryan‘s album, Crash My Party. It became a massive hit, sitting on top of Billboard’s Country Airplay and Hot Country Songs chart.

The song – which Bryan described as “the coolest sad song ever” – has also been very special to him as he relates to its poignant lyrics after he lost his two siblings.

You can watch Luke Bryan’s emotional performance with the two young boys in the video below – but first, make sure to grab some tissues.