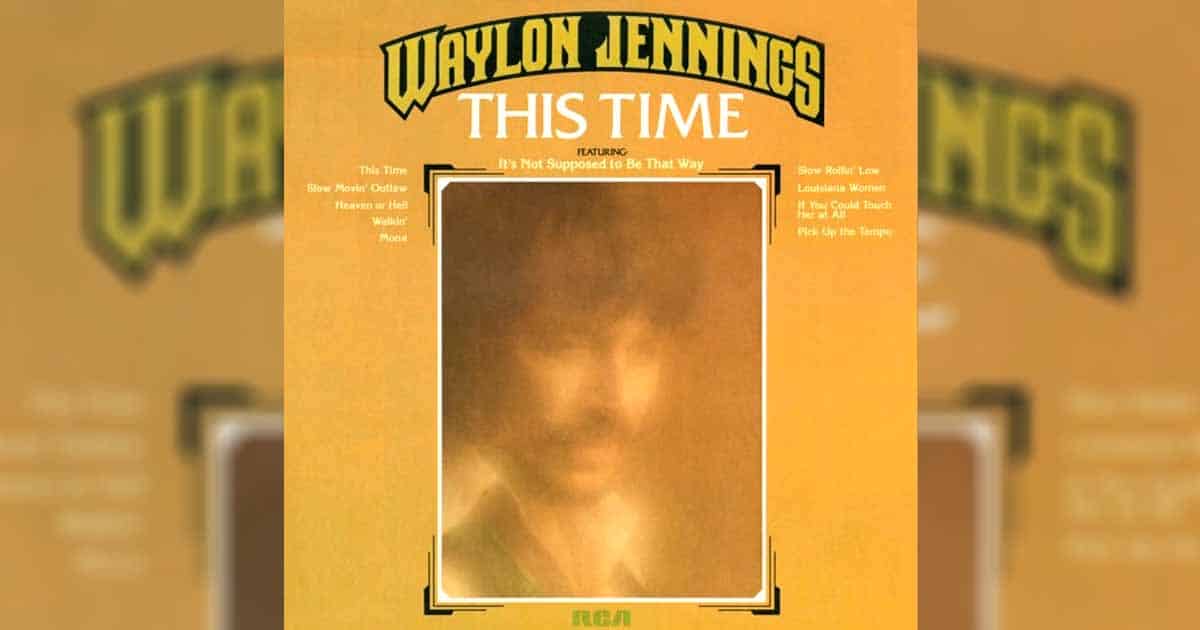 After twenty-six times of entering the US Billboard chart, Waylon Jennings scored his first number one song on the Billboard Country Chart with his single “This Time.”

Waylon had been releasing singles that entered the Billboard chart even on the top 10. However, he did not reach number one until 1974, when his song “This Time” was released. It also became number one on the Canadian chart. Jennings’ song was part of his studio album This Time. The song was written by Jennings.

His album was released under his record label RCA Victor in 1974. He and fellow outlaw country singer Willie Nelson produced the album. Aside from co-producing the album Nelson also wrote some songs for Jennings on his album. The songs that Nelson wrote for Jennings were “Pick Up the Tempo,” “Heaven or Hell,” “It’s Not Supposed to be That Way,” and “Walkin’.”

Meanwhile, Waylon Jennings wrote “This Time” and “Lady in the Harbor.” He also recorded some songs from different artists such as “That’ll Be the Day”  and “It Doesn’t Matter Anymore” by Buddy Holly. The Album reached number four on the US Billboard Top Country Albums chart in 1974.

The Meaning of the Song

“This Time” speaks about a man who warns his lover that if she takes him for granted, he will not think twice of leaving her. He is sick and tired of all the things she has been doing to him that he does not want to give her any second chance anymore.

Moreover, it is good that the narrator realizes that if he will not be taken seriously by his lover, he will choose to walk away and find someone he deserves.

Here is Waylon Jennings’ first number one song “This Time.”