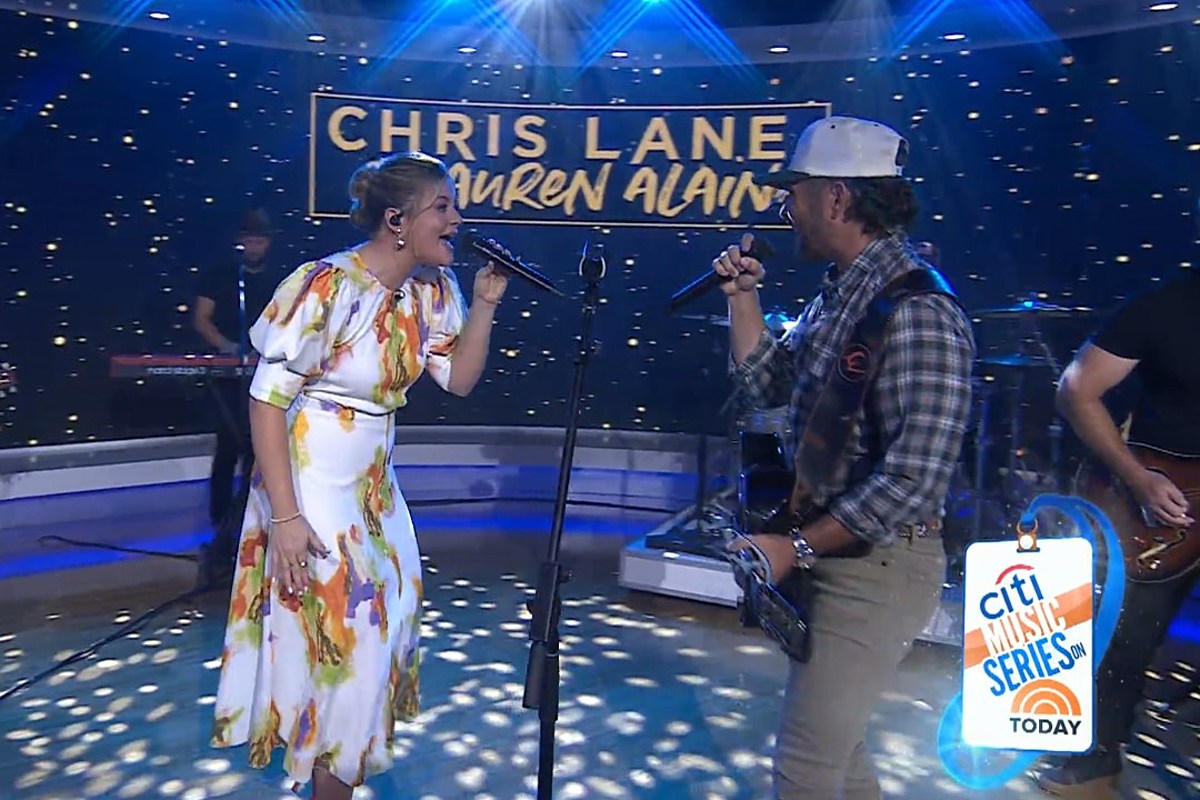 Lauren Alaina and Chris Lane stopped by the Today Show on Tuesday (Aug. 2), and they brought their first-ever duet, “Dancin’ in the Moonlight,” along for the ride.

The two took sang under soft blue light — reminiscent of moonlight, of course — in front of a backdrop dotted with star-like lights. Lane and Alaina effortlessly traded verses and synced up seamlessly on the chorus.

The country singers are now record labelmates after the Alaina recently signed a deal with Big Loud. Their version of “Dancin’ in the Moonlight” is a fresh take on an old favorite: They’ve countrified the 1972 King Harvest hit with some new lyrics, written by Jesse Frasure and Brett Tyler, while still maintaining the songs original funkiness.

This new version paints a picture of a summer night sitting on a tailgate drinking White Claws beside the bonfire. The setting is down some old country road, as the city lights can’t be seen and the moon is shining bright up above.

“It sounds like summer to me and feels like the kind of song you want to put on when you’re on the boat, at a bonfire, grilling, or hanging with the people you love. I love the classic feel it has, and I love that I get to share it with my second-favorite Lauren,” Lane said when the project was released — his first “favorite” is his wife, also a Lauren.

“The original is one of those songs that lives on for many generations,” Alaina added. “Everyone knows the original. I am excited to be a part of a new take on such an impactful and iconic song. I absolutely love the way it turned out. It’s an added bonus that I get to sing it with my buddy, Chris Lane. He is such an amazing man, artist and friend.”

Country music is well known for its collaborations, and there is no shortage of duets within the genre’s lifespan. But we’ve cut it down to 50 of the genre’s most memorable duets over the past several decades, as you’ll see here.

Shannen Moser Finds Comfort Amidst the Quiet in ‘Paint By Number’
Keith Urban + Nicole Kidman Remember Olivia Newton-John
Throwback To Johnny Cash’s “The Man Comes Around,” One Of The Last Songs He Wrote Before His Death
Maren Morris Gets Callback Audition for Broadway Musical ‘Wicked’
Chase Rice Shares Glimpse of His Travels in ‘Key West & Colorado’