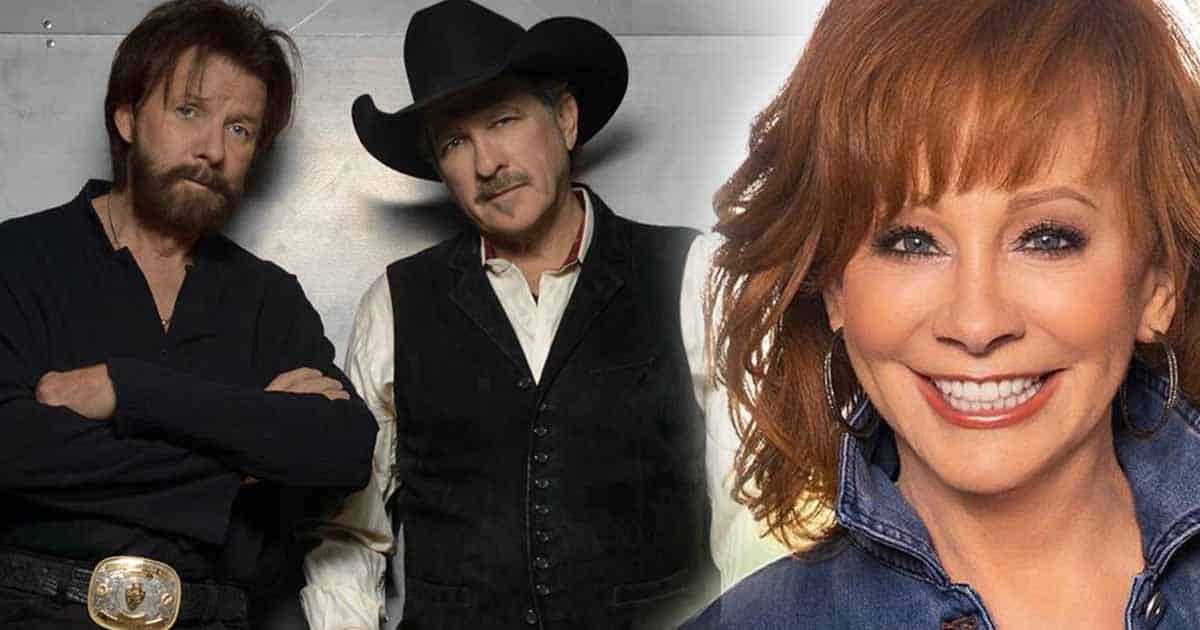 At the 2018 Kennedy Center Honors ceremony, country music duo Brooks & Dunn chose to honor the country icon, longtime friend, and frequent collaborator, Reba McEntire, with her uptempo hit “Why Haven’t I Heard From You.”

Their performance became one of the night’s most lively, bluesy moments.

Kix Brooks kicked off the song taking the first verse with Ronnie Dunn on guitar. The veteran country performers then joined forces in the chorus and bounced effortlessly through the second verse, as McEntire was smiling from ear to ear in her seat.

Brooks & Dunn‘s performance marked the last of tribute performances honoring the country icon. Other artists who paid tribute to her that night include Kelly Clarkson and Lady Antebellum, who then joined the duo onstage to bow to an applauding audience.

McEntire was one of eight exceptional artists recognized by Kennedy Center Honors for their “enduring and indelible marks on our culture.” She was celebrated for all her major accomplishments and the impact she has made on this world, alongside superstar entertainer Cher, Hamilton co-writer Lin-Manuel Miranda, and music director Alex Lacamoire, among others.

McEntire released “Why Haven’t I Heard From You” in 1994 as the first single off her album Read My Mind – becoming one of his greatest hits as it ranked No. 5 on Billboard’s Hot Country Songs chart.

A Friendship That Endured Through The Years

Kix Brooks and Ronnie Dunn’s friendship with Reba McEntire dated back decades ago. The country music duo even served as the country icon’s opening act back in 1992 and eventually became co-headliners for a two-year tour in the late 1990s.

You can watch the country duo’s riveting rendition of “Why Haven’t I Heard From You” in the video below.