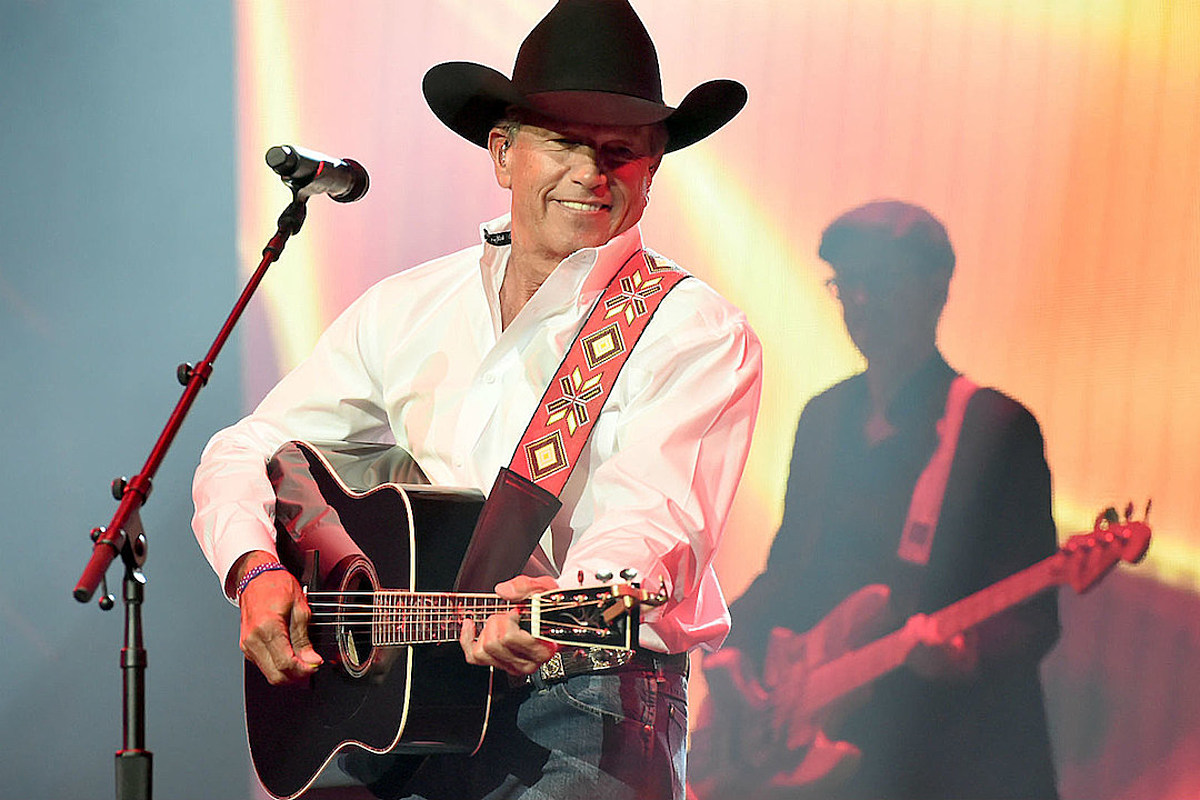 It’s been 25 years since George Strait took his romantic single “Carrying Your Love With Me” to the top of the country charts, but this classic hit is finding a whole new audience for a surprising reason.

In 1997, Strait released “Carrying Your Love With Me” as the second single and title track from his seventeenth studio album. The song was a massive success for the Texas native and became a No. 1 hit, continuing his lengthy string of chart-topping singles in the 1990s.

Recently, mainstream country music has been going through a particularly intensive period of nostalgia relating to this specific era. Songs like Cole Swindell‘s “She Had Me at Heads Carolina,” Lauren Alaina‘s “Ladies in the 90s” and Walker Hayes‘ “90s Country” celebrate the impact of the artists and songs from this time. As a new generation of country artists begin to make their own mark on the genre, they aren’t shying away from paying homage to the acts who inspired them.

The reason why Strait’s beloved hit is garnering new attention can be traced back to West Virginia native David Morris, a burgeoning country artist who has built a dedicated audience through social media platforms, including TikTok. He recently shared a new song “Carrying Your Love,” a pop-country track with rap elements which also samples the chorus of Strait’s original tune.

It didn’t take long for the song to make its way across social media. As of this article’s publishing date (July 26), Morris’ song has been used in over 339,000 TikTok videos. The cover also sparked a new trend on the app, which features users showing how they are “carrying your love with me,” whether that be by wearing their beloved pet’s shedding fur on their clothes, showing off tribute tattoos or sharing other meaningful displays of affection.

But not everyone is on board with Morris’ take on this Strait classic. Some TikTok users argue that no reinterpretation could ever truly match the original.

Morris, who recently signed a publishing deal with Sony Music Nashville, has been vocal about his longtime admiration of Strait and his music.

“I grew up listening to King George, so many of his songs hold a special place in my heart,” Morris wrote in a comment attached to his cover’s official music video. “But ‘Carrying Your Love With Me’ in particular has always been a favorite. (I’m from West Virginia and I live in Tennessee now, so you can understand why).”

He also noted that he went through all the appropriate legal steps required to use the recognizable segment of Strait’s hit, which was penned by accomplished songwriters Steve Bogard and Jeff Stevens.

“I got this sample cleared. I got permission from the original songwriters,” he explains. “I release this song with their blessing, and not only are they credited on my record, but they will receive publishing royalties as well. Respect to them and respect to King George!”

Although its still unknown whether or not Strait himself has heard the tune, it’s clear that Morris’ cover has exposed Strait’s original song to a brand new generation of music fans. In the past week, there has been a sharp increase in TikTok users posting videos with Strait’s original version, continuing the viral trend originally sparked by Morris’ cover.

The surprising resurgence of “Carrying Your Love With Me” is just the latest vintage country hit to unexpectedly gain new traction online. Earlier this year, the late Keith Whitley‘s 1986 track “Miami, My Amy” became the surprising theme to a nostalgia-fueled TikTok trend centered around the characters you might encounter throughout rural, small-town America.

Kelsea Ballerini Sings the Praises of ‘The Little Things’ in Breezy New Song
Lauren Alaina, Chris Lane Sing ‘Dancin’ in the Moonlight on Today
Jordan Harvey Falls In Love With the South in ‘Alabama Girl’
Report: Naomi Judd’s Final Will Did Not Include Daughters
Chris Stapleton’s ‘Broken Halos’ Offers Comfort During Tragedy