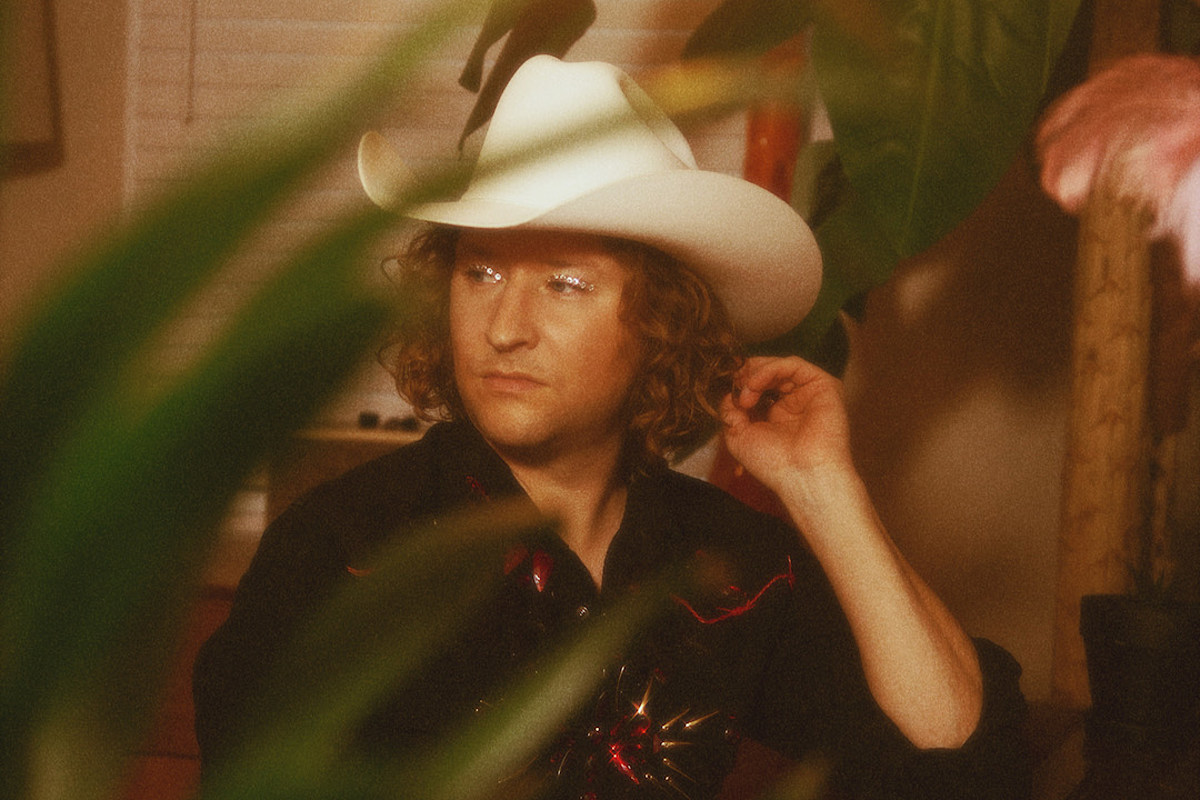 Brooklyn’s Paisley Fields teaches a sermon on the power of queer country music on “Plastic Rosary,” the second single from their forthcoming album Limp Wrist.

Growing up queer and Catholic is a surefire way to produce some conflicting emotions, but doing it in Iowa is its own experience. In their latest music video, directed by RuPaul’s Drag Race contestant Honey Davenport, Paisley recreates their churchgoing experience.

With lush imagery evocative of Madonna‘s “Like a Prayer,” Paisley illustrates the tension and loneliness of their experience — transcending into a crescendo of anger by the end of the song, and crushing their rosary beads into stigmata, a not-so-subtle gesture towards who’s really persecuted in conservative Christian communities.

The song marks a departure from Paisley’s wry sense of humor and chug-a-lugging honky-tonk. Here, Paisley’s voice achieves a fragility reminiscent of choir boys and a strength that comes from righteous fury. It’s one of their most vulnerable songs yet, and it reminds us that queer country artists have a wide range of unique experiences to contribute to country and Americana music.

“My first job was playing piano for the Immaculate Conception Church outside of Hudson [Iowa] where I grew up,” Paisley tells The Boot. “The music director was very supportive of me and let me play whatever I wanted for the prelude. As a mini rebellion I’d play songs like ‘Icicle’ by Tori Amos or other songs I though the Catholic Church would be pissed about. ‘Plastic Rosary’ is about my experience growing up in the church.”

Watch the official music video for “Plastic Rosary” below:

Limp Wrist will be released via Don Giovanni records on Aug. 26.ou can find more information about Paisley Fields, including a list of upcoming tour dates and ticketing information, at his official website.