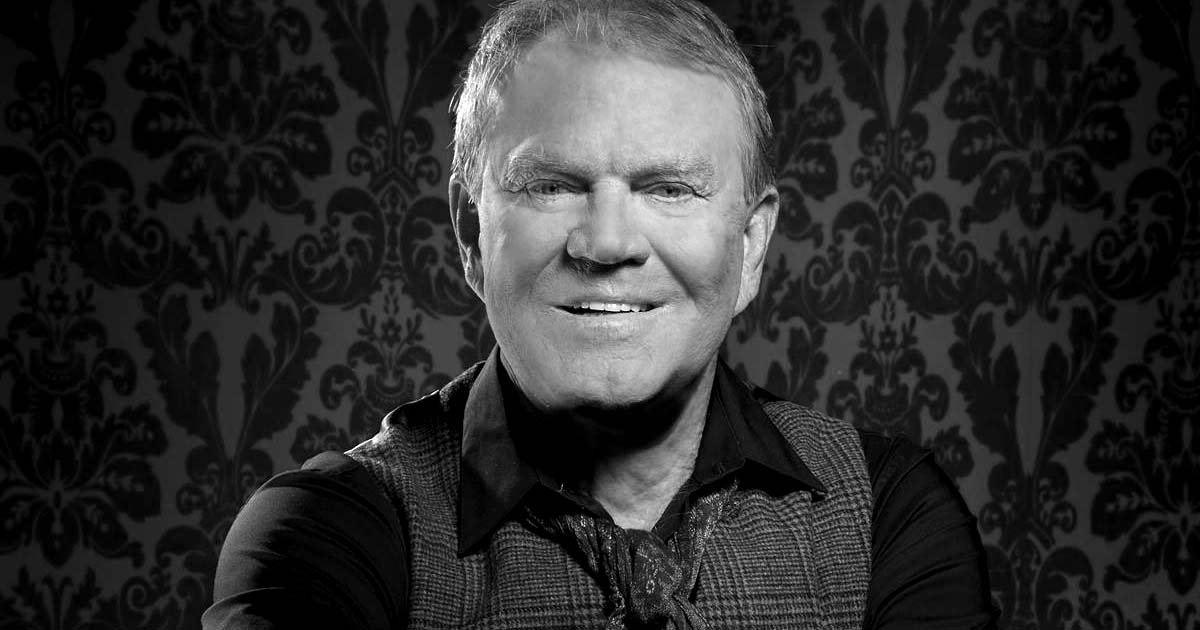 On August 8, 2017, country music legend Glen Campbell died in Nashville, Tennessee, following a long and courageous battle with Alzheimer’s disease. His passing was announced in a statement from his family “with the heaviest of hearts.” He was 81.

The Country Music Hall of Famer was diagnosed with Alzheimer’s in 2010. A year later, he set out on a farewell tour called Glen Campbell: The Goodbye Tour, where he stayed on the road for fifteen months and performed through over a hundred shows in the United States and Canada as well as in the United Kingdom and Ireland. His doctors told his family that music would be good for Campbell’s health and happiness as it would stimulate the brain.

He also recorded one final record called Ghost on the Canvas, which was released on August 30, 2011.

Sadly, Campbell’s condition started to deteriorate as soon as the tour wrapped up. His wife, Kimberly Campbell, revealed that the country legend eventually grew combative and lost the ability to communicate verbally. That’s when the doctors advise the family to get full-time, long-term help.

In 2015, Campbell moved into a care and treatment facility in Nashville. He then “died peacefully without pain,” his wife said.

An Iconic Performer Whose Career Spanned Half A Century

The legendary guitarist rose from a poor rural childhood to release over 45 million records and record more than 70 albums within a career that spanned half a century. Glen Campbell songs even put a hazy line between country and pop. In fact, his biggest hit “Rhinestone Cowboy” – which was released in 1975 – has topped both genres’ charts. And at some point, he outsold the Beatles.

Interestingly, he once said he never considered himself a country singer but rather a “country boy who sings.” Glen Campbell is indeed one of a kind.

Janis Joplin’s Popular Version of “Me and Bobby McGee”

When You Feel Like Giving Up, “Keep the Faith” Says Messina

“The Legend of Bonnie and Clyde” Told by Merle Haggard

“The Legend of Bonnie and Clyde” Told by Merle Haggard

Kris Kristofferson and Lisa Meyers’ Children: Who are they?

Kris Kristofferson and Lisa Meyers’ Children: Who are they?

Did You Know “Always on My Mind” Has Been Recorded Over 300 Times?

Did You Know “Always on My Mind” Has Been Recorded Over 300 Times?

“Our Hearts Are Broken,” Says Jana Kramer, Who Is Mourning The Death Of Her Beloved Grandfather

“Our Hearts Are Broken,” Says Jana Kramer, Who Is Mourning The Death Of Her Beloved Grandfather