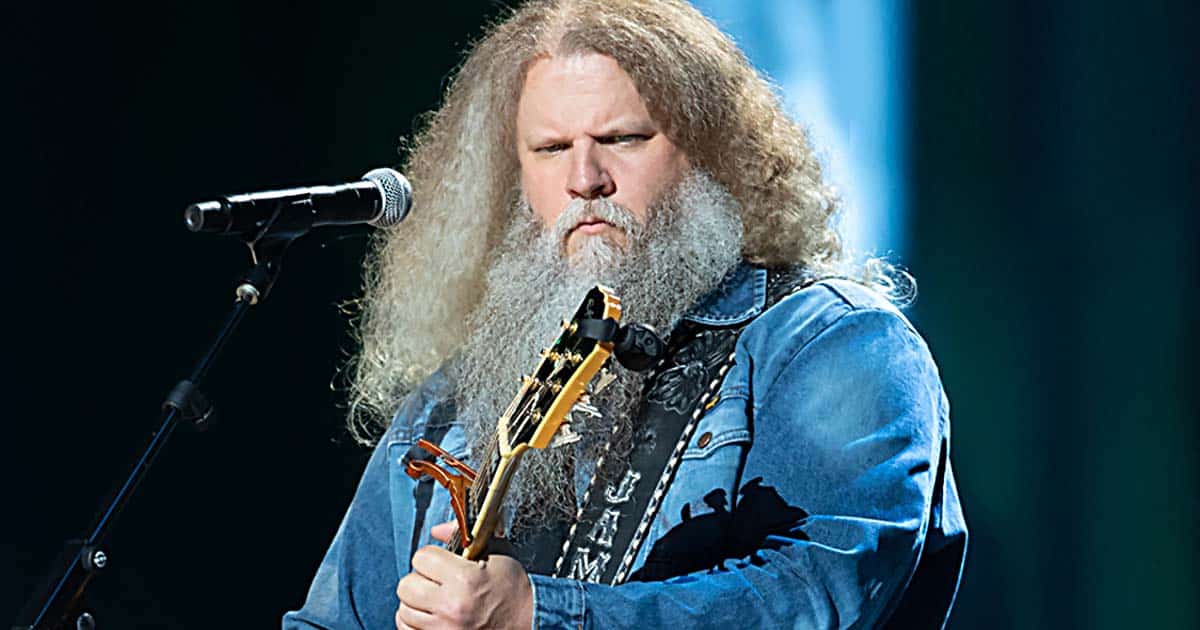 You may not have known it, but you have been singing Jamey Johnson songs without realizing it. The Alabama native has actually penned major hits for various country legends such as Merle Haggard, George Strait, and Trace Adkins. This makes him one of the most highly respected songwriters in country music today.

Of course, he has made a few hits himself, too! His work has always been heavily praised by fans and professionals alike.

So, without further ado, let’s check out some of his greatest hits so far. Keep on scrolling below.

Jamey Johnson co-wrote the song with Bill Anderson and Buddy Cannon, which was inspired by his divorce at the time. Country star George Strait released “Give It Away” in 2006 and brought it to the No. 1 spot on Billboard’s Hot Country Songs chart.

Not only that, but the heartbreaking ballad also took home both the Single of the Year and Song of the Year during the Academy of Country Music awards.

Johnson wrote this poignant piece as a tribute to his grandfather. He released “In Color” as the first single off of his second major-label album and has since been one of his most celebrated tracks. The song – about an elderly man looking back at the most exciting moments in his life, like the day he and his wife got married –helped Johnson bag “Song of the Year” at the Academy of Country Music Awards.

Released as the first single and the title track off Johnson’s debut album, “The Dollar” ranked No. 14 on the Billboard Hot Country Songs chart. It tells the story of a young child scraping together all of his extra change in the hopes that he can buy his father’s time. Johnson was inspired to write the song after taking a job as a construction worker that caused him to be away from his daughter, who was only two months old then.

Johnson joined Miranda Lambert and Dierks Bentley in this fiddle-driven anthem. All three talented artists put their vocal mastery in full show, with gritty solos and tasty harmonies. It earned a Musical Event nomination during the Country Music Association Awards.

This is one of the creatively written songs by Johnson, which is being sung from the unusual viewpoint of two pawnshop guitars hung on a wall. One guitar has been owned by different country legends and is voiced by none other than country legend Bill Anderson. Meanwhile, Johnson has sung the perspective of a guitar who has lived a more modest life, working in small town barrooms.

Despite their different backgrounds, the duo shares the same longing to go back to the stage.

While the song was never a hit, its subject matter has spoken to fans battling with addiction. “High Cost Of Living” tells the story of a man who has made some terrible decisions – which Johnson said can happen when people are hurting. He added that what’s even worse is that these decisions can go from bad to worse if they don’t get the help they need.

Johnson finds himself looking at one man’s life journey, which has taken a few twists and turns in finding the way to the route he has in mind. The country singer explained that the song is about the repercussions of our decisions. “You’re gonna make a bad decision somewhere, and they’re gonna come back and haunt you,” he said.

Johnson co-wrote this track with country supergroup Alabama’s vocalist, Teddy Gentry. It tells the story of a musician and his relationship with his mother. Johnson revealed that his own mom is a big fan of Alabama, and that she cried after listening to the song.

This is perhaps one of the most underrated songs of Johnson but is also one of the most poignant ones. “Lead Me Home” serves as a heartfelt track among fans that can relate to the military’s life. It features a gospel undertone that has long been considered Johnson’s trademark.

Johnson finds himself wanting to go back to Macon in the middle of the Georgia pines to get back to his love in a more traditionally twangy style. The song helped him earn a Grammy Awards nomination in the category of Best Male Country Vocal Performance.

Truly, Jamey Johnson has made a name for himself in the country music community. Check out more of his greatest songs below.

It’s always a good day when you listen to Jamey Johnson songs.

Blake Shelton Songs That Have Been Charming Fans Through The Years

Ricky Skaggs Sings to Us About Suffering and Following Jesus

Keeping the Faith with Jamey Johnson’s “I Remember You”

Keeping the Faith with Jamey Johnson’s “I Remember You”

Luke Combs’ ‘Beautiful Crazy’, The Truth Behind the Song That Launched His Career

Luke Combs’ ‘Beautiful Crazy’, The Truth Behind the Song That Launched His Career

Let’s Join Charley Pride Take a “Time Out for Jesus”

Let’s Join Charley Pride Take a “Time Out for Jesus”

George Jones Recorded The Hymn That Brought Many To Tears, “Why Me Lord”

George Jones Recorded The Hymn That Brought Many To Tears, “Why Me Lord”

Enjoy The Music Of The Queen Of Bluegrass! Here Are The Rhonda Vincent Songs