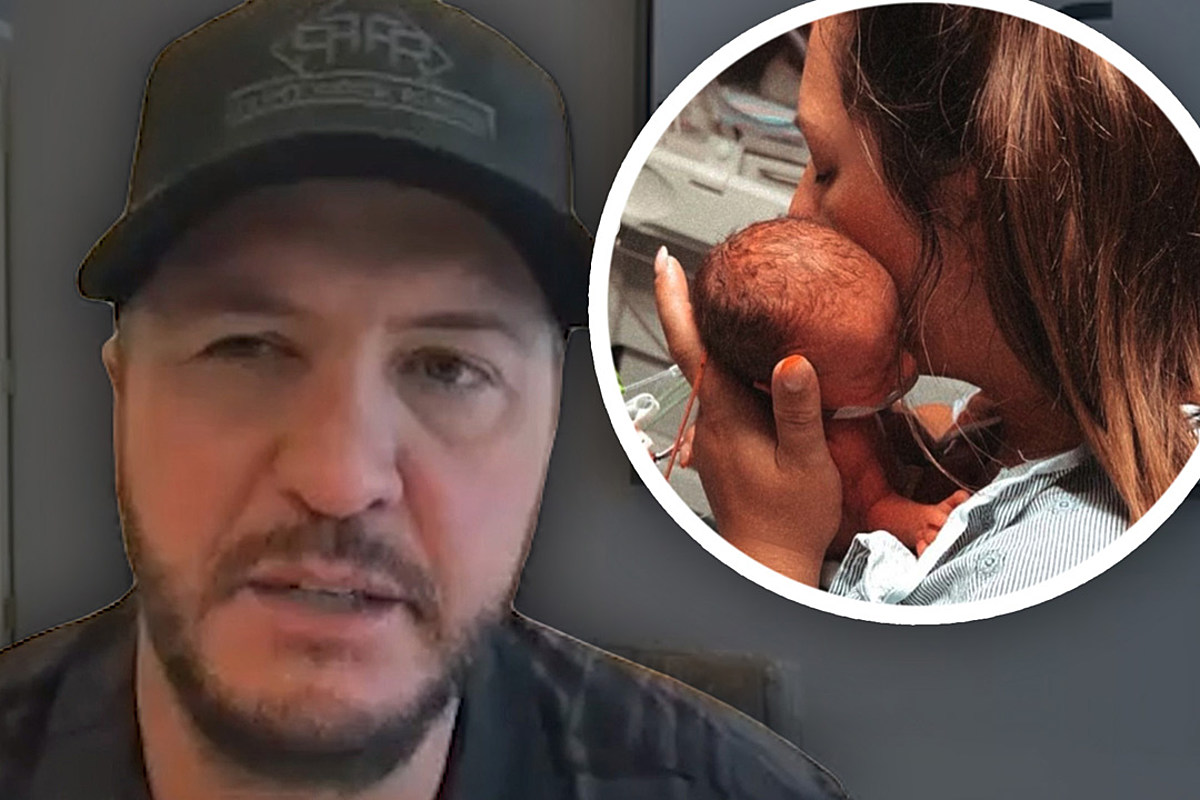 Luke Bryan is looking forward to loving on a new family member. His niece Jordan recently gave birth to a baby boy, but because he was born premature, the little guy had to spend seven weeks in the hospital.

Jordan Cheshire Eudy delivered son Jonathan Chesh Eudy on May 7. On social media, she shares that her first child with husband Clint weighed just 3 lbs., 13 oz. at birth, but, “We know he was handpicked from Heaven by the sweetest angels.”

Talking to Taste of Country Nights about his niece’s baby boy, Bryan was all smiles and no worries.

“He’s over six pounds now and they’re pretty close to being able to go home which is a big deal,” the “Country On” singer tells Evan Paul. “He’s healthy and growing and (I’m) glad to have him here.”

Bryan’s relationship with his niece is closer than most uncle relationships. Her mother (his sister) died in 2007, and her father died seven years later. Bryan became guardian to Jordan’s younger brother Til and helped the other children as they navigated through young adulthood. One of the most emotional moments from Jordan’s wedding last September was her dance with Bryan. Their tight bond amplifies his excitement to see the baby.

“When they’re in the NICU, there’s limited — I haven’t had a chance to get in any kisses and snuggles and hugs,” Bryan shares. “I’m ready to put my hands on him.”

He may have gotten that chance in recent days. Shortly after talking to ToC, Eudy revealed that she and her husband were taking their baby home after 48 days in the NICU.

“We couldn’t be more thankful for the team of nurses and doctors that got us here today,” she writes. “To our family and friends, thank you for the prayers, calls, and texts. They meant more than you know. To the good Lord, thank you for blessing us with our precious boy we get to love on everyday.”

Meet the Country Babies Born in 2022

Many of country music’s biggest stars have welcomed new bundles of joy in 2022. Find out which artists have expanded their family or are expecting babies this year.