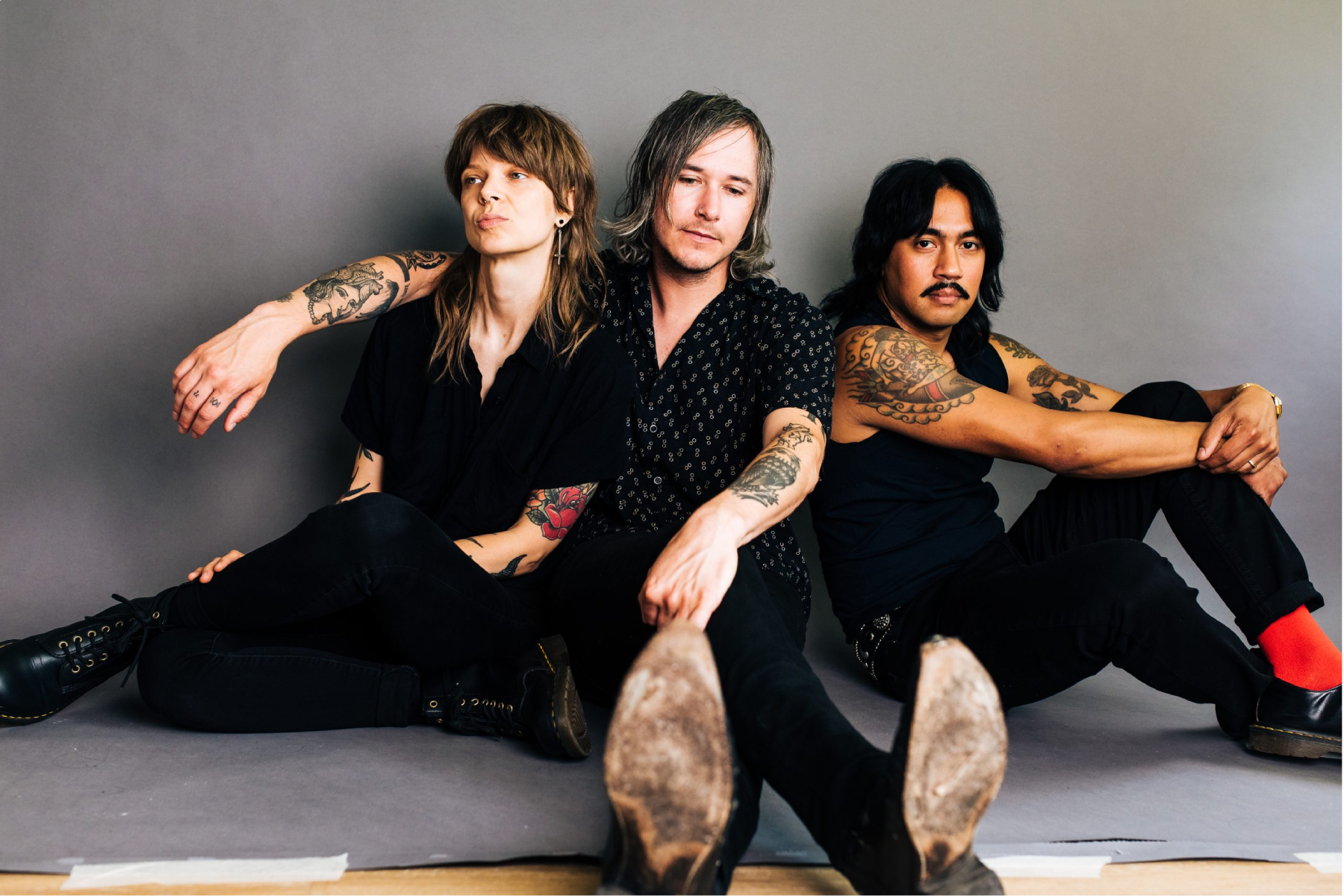 For the better part of the past decade, singer-songwriter Sarah Shook has made their name as the lead singer of the hardscrabble country-rock outfit Sarah Shook and the Disarmers.

But after cutting their third full-length album Nightroamer just before the pandemic hit in 2020, Shook spent the remainder of 2020 making music alone at home for the first time.  The resulting project – Cruel Liars – will be released under the moniker Mightmare and was written, produced and engineered by Shook.

“I put every cell and strand of my being in this album, I’m proud of it for its brightest moments and its glaring imperfections, for its darkness and its quiet hand guiding me to zeniths of personal truths,” Shook said in a statement.

The album promises to be a noticeable sonic shift for the 36 year-old songwriter, judging by its debut solo single “Saturn Turns.” Anchored by sludge-rock synths and danceable drum loops, the song is stripped of any rootsy textures, furthering the type of sonic exploration Shook and the Disarmers had begun to incorporate on their last album. The backing band for Mightmares features Blake Tallent and Ash Lopez.

“There are times that that I’ll bring a song to the band, and I’m like, ‘This is going to be like a country song.’ Then, as we’re playing it together, it becomes very clear that the song wants to be something else,” Shook told Rolling Stone earlier this year. “It wants to be more rock & roll, or it wants to be more pop.”