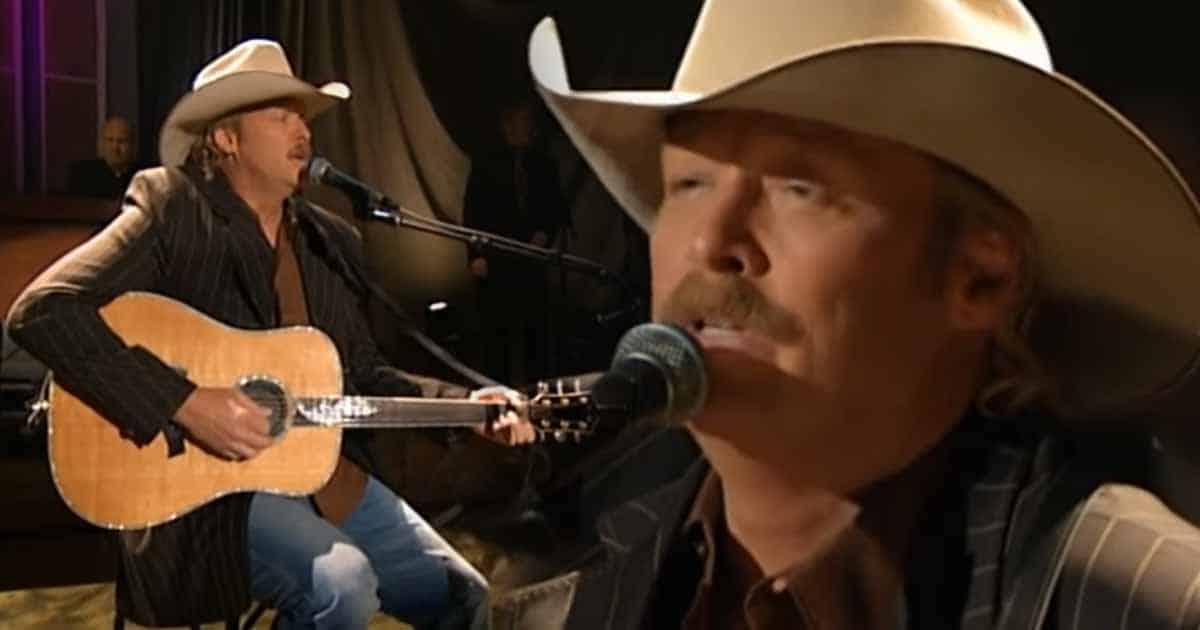 In 2006, Alan Jackson graced the gospel music scene when he released his first gospel record. Billed as Precious Memories, the album contained recordings of some of Jackson’s favorite hymns – including “Blessed Assurance,” which has been around for centuries.

It was originally written in 1873 by blind hymn writer Fanny Crosby to which her friend, tune composer Phoebe Knapp added music. It was then published in the monthly magazine called Palmer’s Guide to Holiness and Revival Miscellany that same year but had the biggest boost when it appeared in Gospel Songs, No. 5 (1887) by Ira Sankey. Since then, it has been sung extensively in Great Britain and the United States.

RELATED: Here Are The Best Country Gospel Songs To Give You A Lift In These Difficult Times

Throughout the years, “Blessed Assurance” has become a staple of hymnals and a cherished favorite of gospel singers and everyday people alike. It’s a wonderful reflection of a person’s walk of faith, a man praising his Savior all day long.

“Blessed assurance, Jesus is mine! Oh, what a foretaste of glory divine,” it goes.

A number of noteworthy performers recorded “Blessed Assurance,” but Alan Jackson‘s version truly stands out. You’ll immediately feel blessed and calm as you pay attention to his comforting sound on this classic hymn. There’s just something about the way Jackson sings that makes the song even more reassuring to listen to and watch.

Tune in below and watch Jackson pour his heart into his performance of “Blessed Assurance.” While it’s not one of the original Alan Jackson songs, you can tell that the country singer was totally in touch with the music. He made it like it was his own.

“I’m Gonna Hire a Wino to Decorate Our Home:” The Best of David Frizzell

Why Did Miranda Lambert Split with Longtime Producer Frank Liddell?

Find Refuge In Alan Jackson’s “Leaning On The Everlasting Arms”

Find Refuge In Alan Jackson’s “Leaning On The Everlasting Arms”

Alan Jackson’s Version of “I Love To Tell the Story”

Alan Jackson’s Version of “I Love To Tell the Story”

“Turn Your Eyes Upon Jesus:” An Inspiring Hymn by Alan Jackson

“Turn Your Eyes Upon Jesus:” An Inspiring Hymn by Alan Jackson

“Why Not Me”: Behind The Judds’ Hit With A ‘Weak Title’

“Why Not Me”: Behind The Judds’ Hit With A ‘Weak Title’