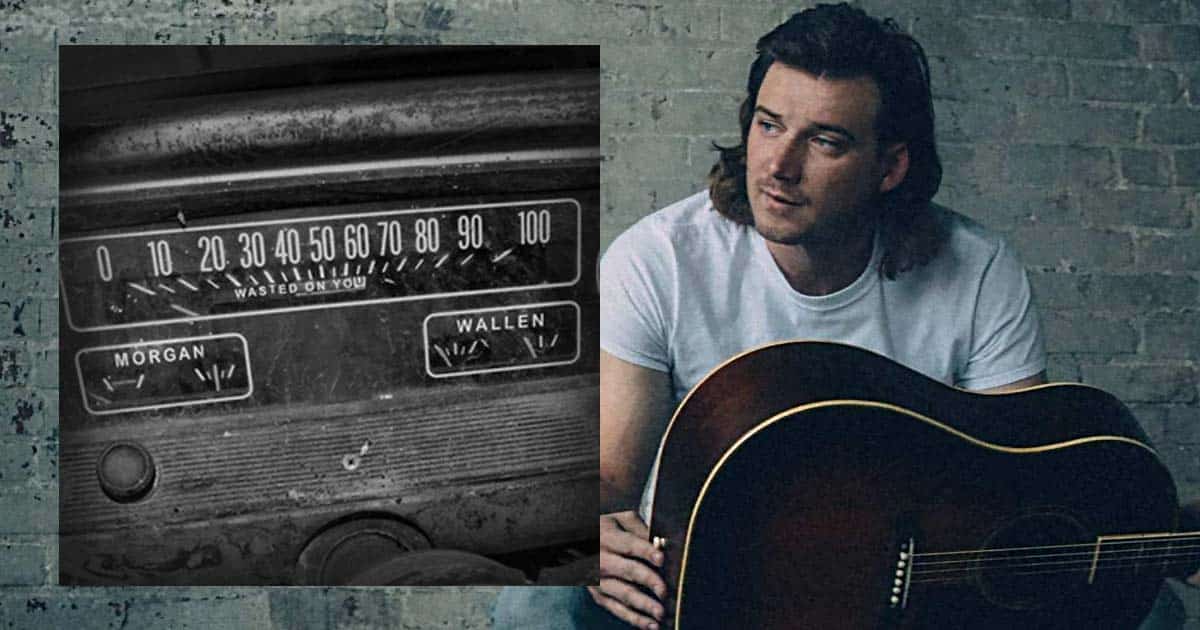 Morgan Wallen achieved another feat in his record-breaking career! After a quick run up the charts, “Wasted on You” now lands at the top of Billboard’s Country Airplay chart – making it his sixth song to top the country charts and the third song off his Dangerous: The Double Album.

It was released to country radio in March 2022 as the fourth single off his second studio album.

A Clear Standout On The Record

Fans first heard of the slow-burning track when Morgan Wallen included it as part of an acoustic set released on YouTube ahead of the release of Dangerous: The Double Album. It’s no surprise the catchy tune quickly became a fan favorite.

RELATED: Morgan Wallen Made A Record-Breaking Run With The Release of “Wasted On You”

In fact, it debuted No. 1 on Billboard’s Hot Country Songs chart – alongside six more Morgan Wallen songs, which include “Sand in My Boots,” “More Than My Hometown,” and “7 Summers.” This made Wallen the first artist ever to chart six songs within the Top Ten of the said chart at the same time.

Written by Wallen with Ryan Vojtesak, Ernest K. Smith, and Josh Thompson, “Wasted On You” tells the story of a man going through the downfall of his relationship. He reflects on everything he has wasted on his former lover – including time, money, and much more. Of course, he also turned to a bottle of bourbon to drown out the memories.

The songwriters revealed that they wrote “Wasted on You” in Wallen’s kitchen during quarantine – while, of course, drinking bourbon. “I would say ‘Wasted on You’ is probably my favorite song I wrote on the record,” Wallen admits.

Truly, there’s no other way for Wallen to go but up! His career continues to catapult him to superstardom. Congratulations to Wallen and his team.

You can listen to “Wasted on You” in the video below.