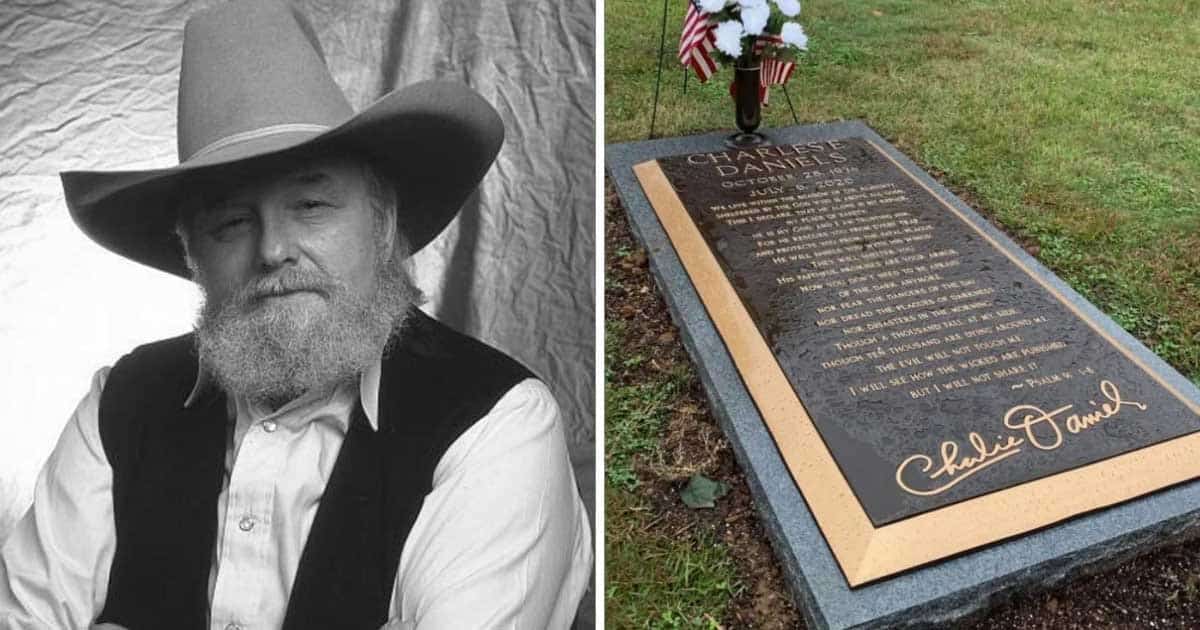 The family and fans of country music legend Charlie Daniels are currently upset following separate acts of vandalism and theft at the late singer’s gravesite.

Daniels’ team took to social media to let fans know that a dogwood tree sapling, as well as the watering bag that’s keeping it alive, have been stolen. Prior to that, an unnamed individual glued her expired military dependent ID on the marble slab where the music legend’s name, signature, favorite Bible passage from Psalm, and other details are.

The social media post prompted remarks from fans, who are saddened and in disbelief over the lack of respect for Daniels’ burial place. The Mt. Juliet Police Department has already expressed its intent to increase patrol near the area. Video surveillance will also be installed.

Charlie Daniels’ death came as a shock to the country music community! “The Devil Went Down to Georgia” singer died the morning of July 6, 2020 – at the age of 83 – following a hemorrhagic stroke.

Before his death, Daniels and his band helped reinvent the sound of country music and kicked off a brand-new generation of band-driven music. As a result, he received a number of the genre’s highest honors – including the Musicians Hall of Fame in 2009.

Charlie Daniels was laid to rest at Mt. Juliet Memorial Gardens, near his former home in Tennessee. A grave maker with Psalm 91: 1 – 8 was added several months later.

While vandalism has never happened at the burial site before, fans have expressed their love for the music legend by leaving behind things like ball caps, coins, painted rocks, and stuffed animals. Daniels’ family made it clear that they welcome anyone leaving items behind. What they do not want is anyone leaving items behind with permanence – much more, digging and stealing from the cemetery.

It truly is a devastating criminal act!