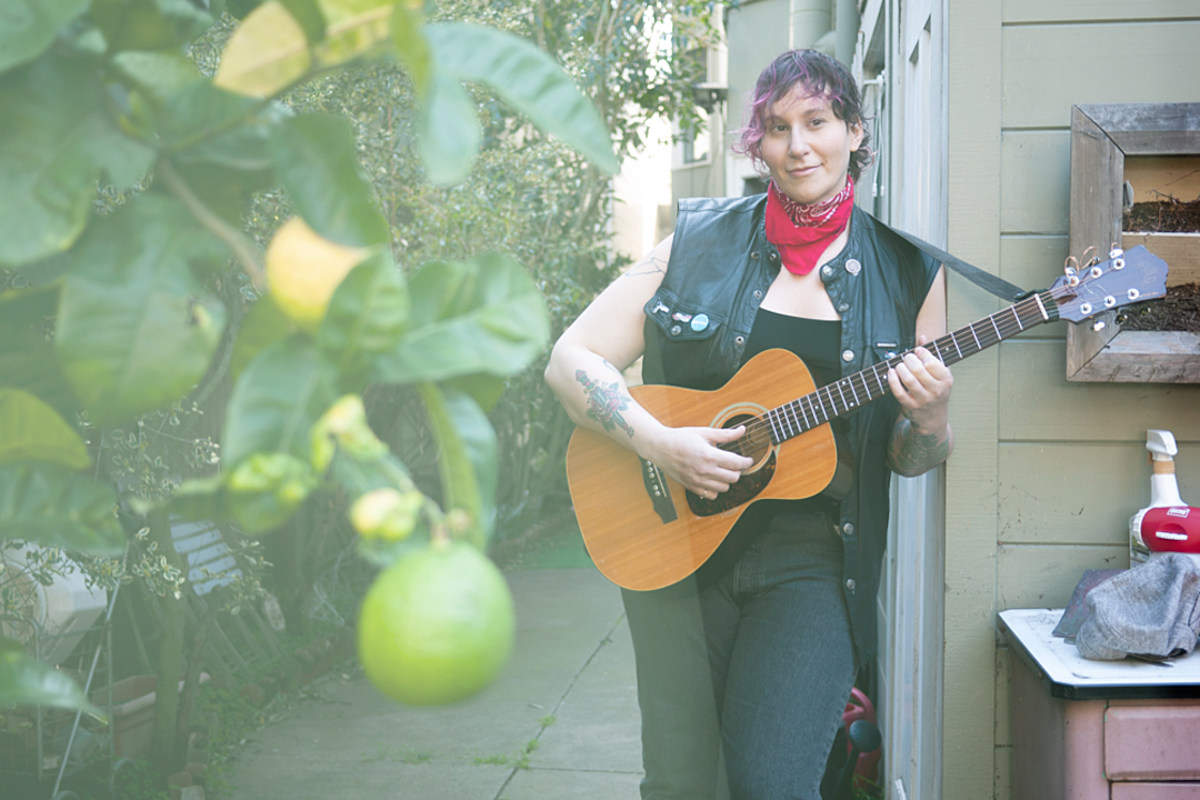 Rising singer-songwriter Mya Byrne has shared a new performance of the moving track “Where the Lavender Grows,”  recorded live at South By Southwest 2022 earlier this year.

“This song is about feeling free, and finding freedom in really hard times,” Byrne explained of the track, which was released as a studio version by her new label Kill Rock Stars in May. Check out the video of her recent performance below:

“Where the Lavender Grows” is a call for unity and solidarity that draws from queer experiences.

“We can’t always come out,” says Byrne. “We all have to find our way to that place at different times. Yet there are always folks who will be there for us, who will hold us when we get there.”

The lyrics reflect that uplifting sentiment. “I was told that freedom comes from going through the narrowest place,” Byrne quips at the beginning of the song, before reassuring the listener that “it won’t be too hard to get there” and “we’ve come together this far.”

“Mya is proudly out and queer, a leader for the presence of trans women in music,” Kill Rock Stars says of Byrne’s work.

Byrne also recently released a heartwarming lyric video for the song, which features a lush field of lavender flowers and buzzing bees. Check it out below: