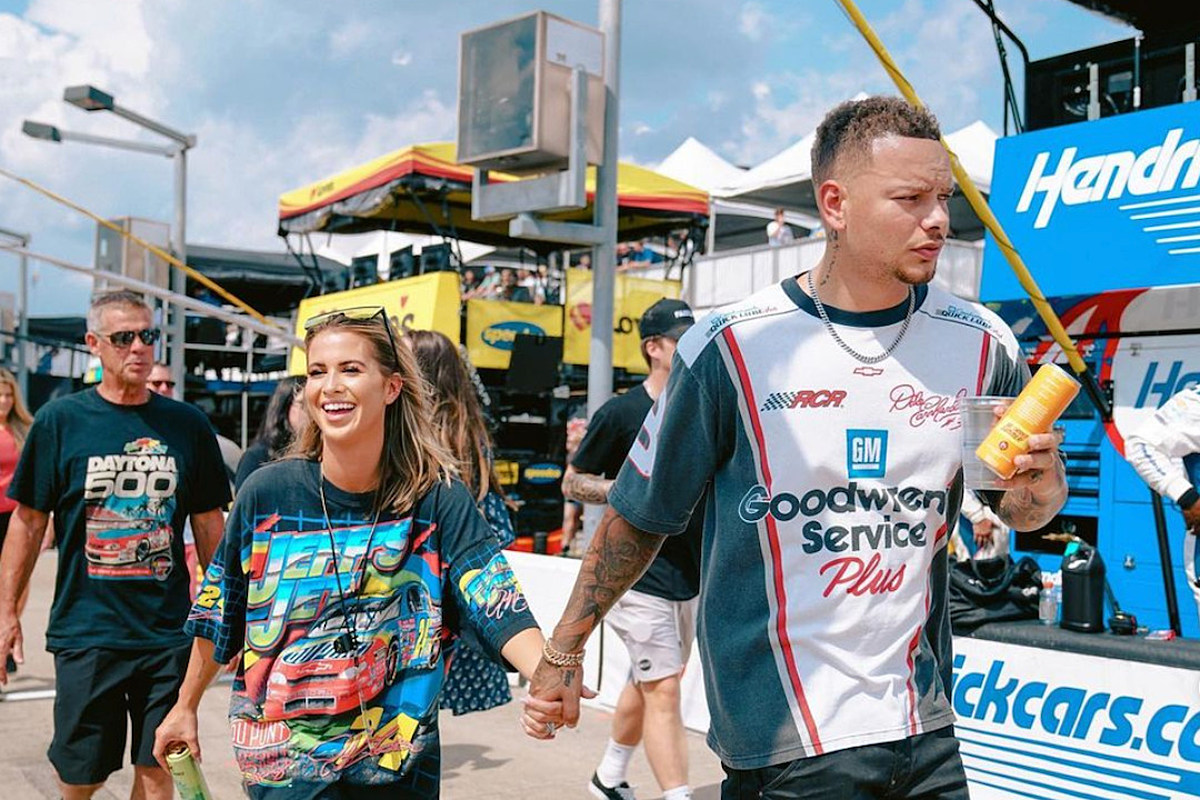 NASCAR came to Nashville on Sunday (June 26), and Kane Brown was on hand to serve as Grand Marshal — and to spend the day at the racetrack with his family, meeting some true NASCAR legends.

Sunday’s race was the Ally 400 NASCAR Cup Series, and it took place at downtown Nashville’s Superspeedway. Brown had the honor of giving the customary kick-off call, and he brought two local members of the Boys & Girls Club of America — an organization that he’s long supported — to help him launch the festivities.

“Drivers, start your engines!” the three shouted at the beginning of the race, in a video clip posted by the Nashville Superspeedway.

But after his Grand Marshal duties were done, Brown got to kick back, relax and enjoy the race and meet a few legends in the process. He and his wife, Katelyn Brown, both shared clips from their viewing box, with Katelyn even offering up an adorable smiling snapshot of the couple’s youngest daughter, 6-month-old Kodi Jane, hanging out with her parents.

“Fam day,” Katelyn writes, along with a heart emoji.

She also posted two main feed snap shots from the day: One of her and Brown posing in front of the track, and another of them holding hands as they stride through the crowd.

“I got my trophy with me,” she notes in the caption.

Over on Brown’s social media, he was starstruck by a chance encounter that left him a little giddy. The country singer wore a Dale Earnhardt jersey for his day out, and he wound up bumping into another NASCAR legend: Richard Petty. In fact, his jersey might have even stirred up a little jealousy in Petty, Brown joked on his Instagram Story.

“When you wear a Dale Earnhardt shirt to the race and Richard Petty gets mad and signs it,” he said, zooming in on his shoulder to show off the results. Another slide shows Petty mid-autograph.

Brown wasn’t the only country star in the house during the big event: Brothers Osborne played the pre-race concert, and up-and-comer Reyna Roberts sang the National Anthem. The winner of the NASCAR Cup Series Ally 400 was Chase Elliott of Hendrick Motorsports.