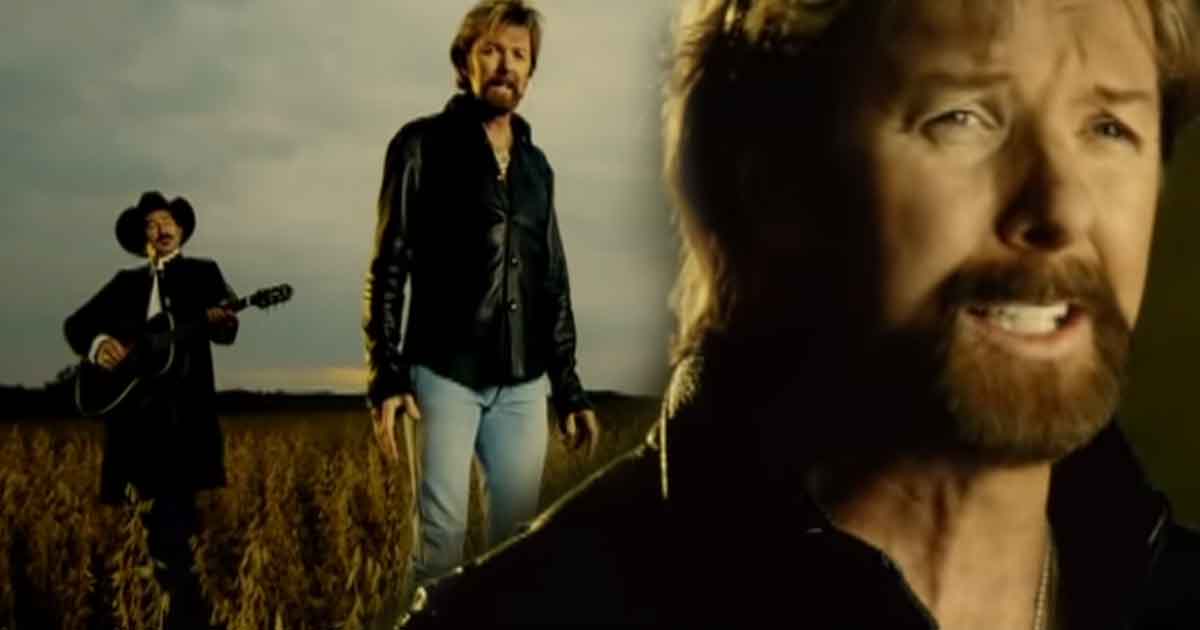 Brooks & Dunn’s “Believe” is an emotional acoustic ballad worth listening to.

While the duo may primarily be known for more upbeat tracks such as “Boot Scootin’ Boogie” and “Only in America,” Brooks & Dunn recorded songs with all sorts of tempos and themes. “Believe,” for instance, relies heavily on the theme of faith in which country fans felt an instant connection to it.

It was released in 2005 as the second single off Brooks & Dunn‘s album Hillbilly Deluxe. Though the song just snuck into the country Top 10, peaking at No. 8, higher honors awaited it. “Believe” took the Country Music Association’s 2006 awards for Single of the Year and Music Video of the Year.

The Touching Song Resonated To Many Country Fans

Written by Ronnie Dunn and Craig Wiseman, “Believe” is told from the perspective of a man reflecting on his childhood and the time he spent with his neighbor, a widower he referred to as Old Man Wrigley.

During the young boy’s visits to Old Man Wrigley, the old man told him all about the tragedies and hardships he had faced in his life. After going through such difficult times, Old Man Wrigley said that his only will to keep going is the idea that he would one day rejoin his wife and son in the hereafter.

The boy grew up and moved away from home, but one day, he learned from his mother that Old Man Wrigley had died. His death made him reflect on the bond they once shared, prompting him to say:

“If there was ever anybody deserved a ticket to the other side, it’d be that sweet old man who looked me in the eye. Said, ‘I raise my hands, bow my head. I’m findin’ more and more truth. In the words written in red, they tell me that there’s more to life than just what I can see.’”

In the end, the man ended up processing his own relationship with his faith. He revealed that he is starting to find more meaning in his faith, and ended the song by declaring “I believe.”

In 2011, R&B singer and actress Jennifer Hudson covered the song on her album, I Remember Me. She revealed to Entertainment Weekly why she decided to do her version of this timeless tune: “It has a gospel inspirational feel,” she said. “It made the album feel complete. I sang it for Brooks & Dunn at their farewell concert, and I fell in love with the song that night. I had to have it on the album, and I sent my whole team on a mission to get it. Luckily, we were successful, and I was able to record it and really put the Jennifer Hudson spin on it.”

A few years later, Brooks & Dunn recorded a new version of the song featuring Kane Brown for their Reboot album in 2019. The album contains the duo’s performance of some of their biggest hits with a selection of contemporary country stars.

The touching song resonated with the majority of Brooks & Dunn’s fans. Today, the message behind “Believe” continues to inspire all who listen to it. Check out its official music video below and let it fill your heart with hope.