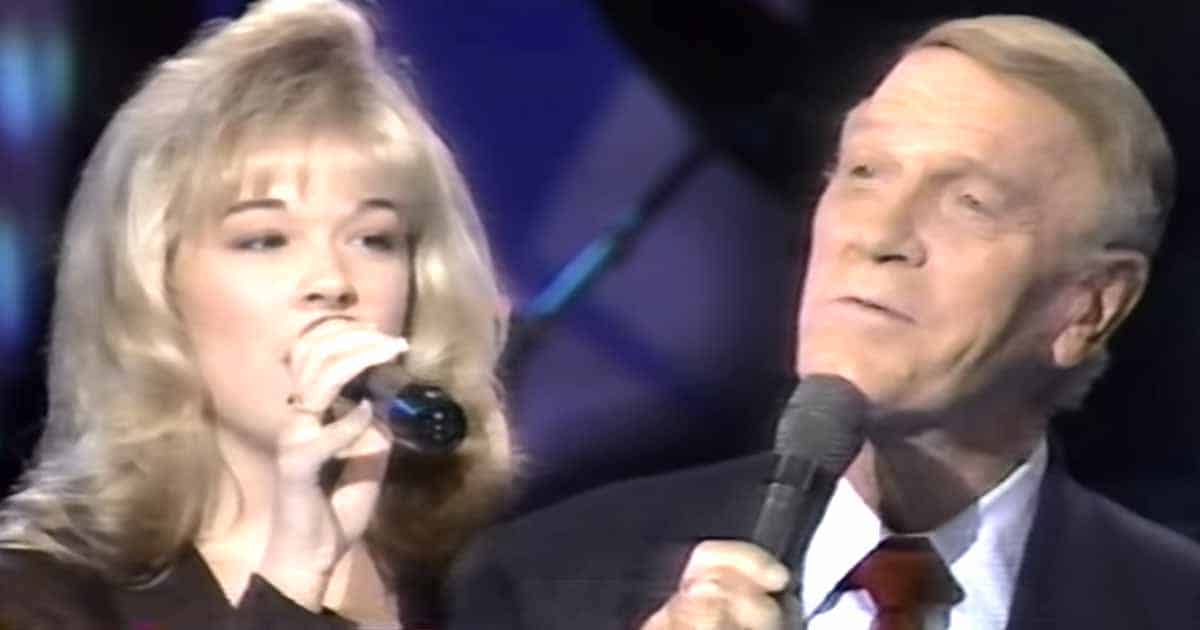 Remember when Eddy Arnold joined LeAnn Rimes on a version of “Cattle Call?” Rimes was only thirteen then, while Arnold was an 81-year-old accomplished country music star with a career spanning six decades.

The thrilling collaboration appeared on Rimes’ 1996 debut album, Blue. While it was not released as an official single, the duet still managed to reach No. 18 on Billboard’s Hot Country Songs chart.

Indeed, the song quickly became a fan favorite, and that’s almost certainly to the yodeling from both talented artists throughout. It’s an element that others might find old-fashioned or dated – well, it was, if it wasn’t for the duo’s skillful approach.

The Song Dates Back A Long Way In Time

Country music singer-songwriter Tex Owens wrote “Cattle Call” in 1934. As he was enjoying the view of the snow falling down in Kansas City, Owens suddenly thought of the cattle everywhere and felt sorry for the hostile weather they were in.

He mused to himself, if only they could take shelter with him, he’d definitely break them some corn and feed them. With that thought in mind, Owens picked up his guitar, and the lyrics of the song came rushing to him. In fact, he wrote the song’s four verses within just thirty minutes.

Owens wrote more than a hundred songs; however, “Cattle Call” was far and away from his biggest achievement. Eddy Arnold released the song twice, in 1944 and 1955, wherein both recordings were chart-topping hits. It has since then become one of Arnold’s signature tunes.

Anyway, make sure to watch Arnold and LeAnn Rimes‘ performance of “Cattle Call” by playing the video below.

Ashley McBryde Will Be Off the Road for ‘A Few Weeks’
Reba McEntire, Boyfriend Rex Linn to Co-Star in New Movie
Willie Nelson Details His ‘Wild’ Friendship With Drummer Paul English in New Book
The Boot’s Weekly Picks: Kyshona, Chris Housman + More
Ryan Hurd Shows Off Skating Skills in ‘Pass It On’ Video