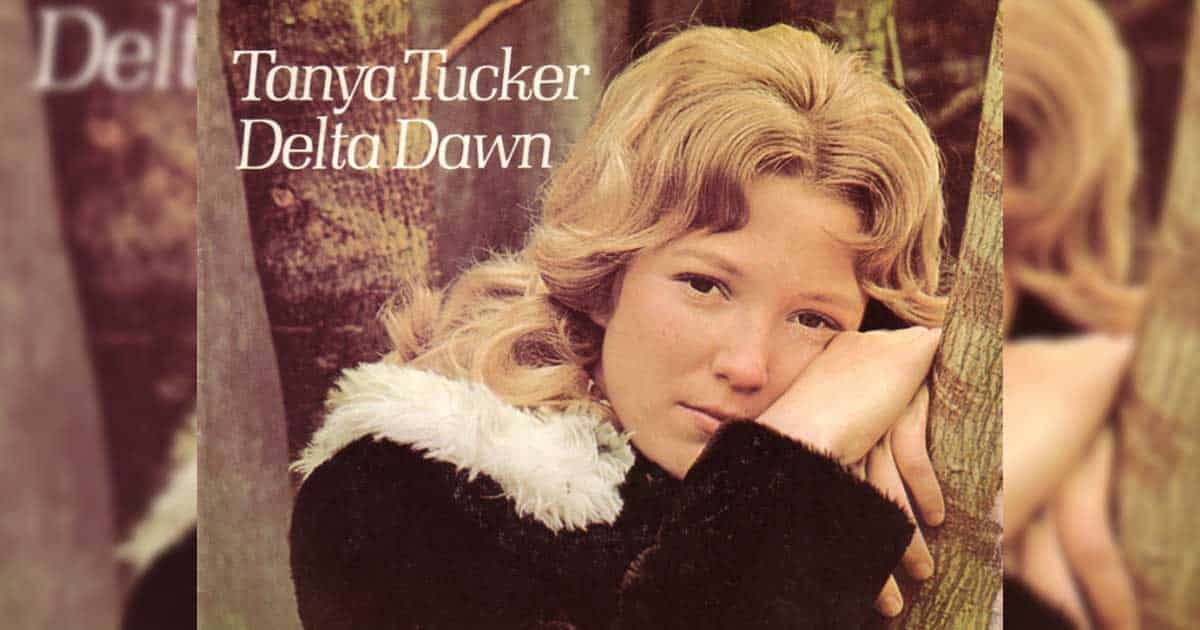 Tanya Tucker was only thirteen years old when she recorded her husky rendition of “Delta Dawn” – yet she proved she’s capable of handling mature subject matter despite being at such a young age.

Singing “Delta Dawn” with distinctive vibrato, country listeners were swiftly drawn to this confident and charismatic youngster. The Seminole, Texas native released the nostalgic ballad in 1972 as her debut single off her album of the same name. Her version instantly ranked No. 6 on Billboard’s Hot Country Songs chart. It even helped her score her first Grammy nomination in the category of Best Female Country Vocal Performance.

Indeed, “Delta Dawn” turned out to be her golden ticket to country stardom.

Over the next decades, Tucker became one of the few young artists to reach middle age without losing her audience. Throughout her career, Tanya Tucker songs dominated the country radio charts – notching a series of top-10 and top-40 hits.

RELATED: The Story Behind “Delta Dawn,” Written and First Recorded by Alex Harvey

The song first appeared on Harvey’s eponymous album, released in 1971. Since then, a number of country acts have recorded “Delta Dawn” – this includes Bette Midler, whose soulful rendition at The Tonight Show prompted Nashville-based producer Billy Sherrill to cut the song with Tanya Tucker.

Half a century later, the classic ballad remains to be one of the most essential tracks in Tucker’s setlist. In fact, she credits it as the song that “started everything off for me and has kept me going ever since.”

“My life would have been so different without the iconic ‘Delta Dawn,’” Tucker said.

Make sure to listen to “Delta Dawn” by Tanya Tucker in the video below.

Reba McEntire, Boyfriend Rex Linn to Co-Star in New Movie
Mel Tillis Sings “Ruby, Don’t Take Your Love to Town,” the Hit Song He Conceived for Kenny Rogers
LISTEN: Little Big Town’s ‘All Summer’ Is, Well, a Summer Dream
Luke Combs Is Determined to Lose Weight for His Son
Remembering The Death of Lynn Anderson, Whose Powerful, Husky Voice Brought Her Atop The Charts