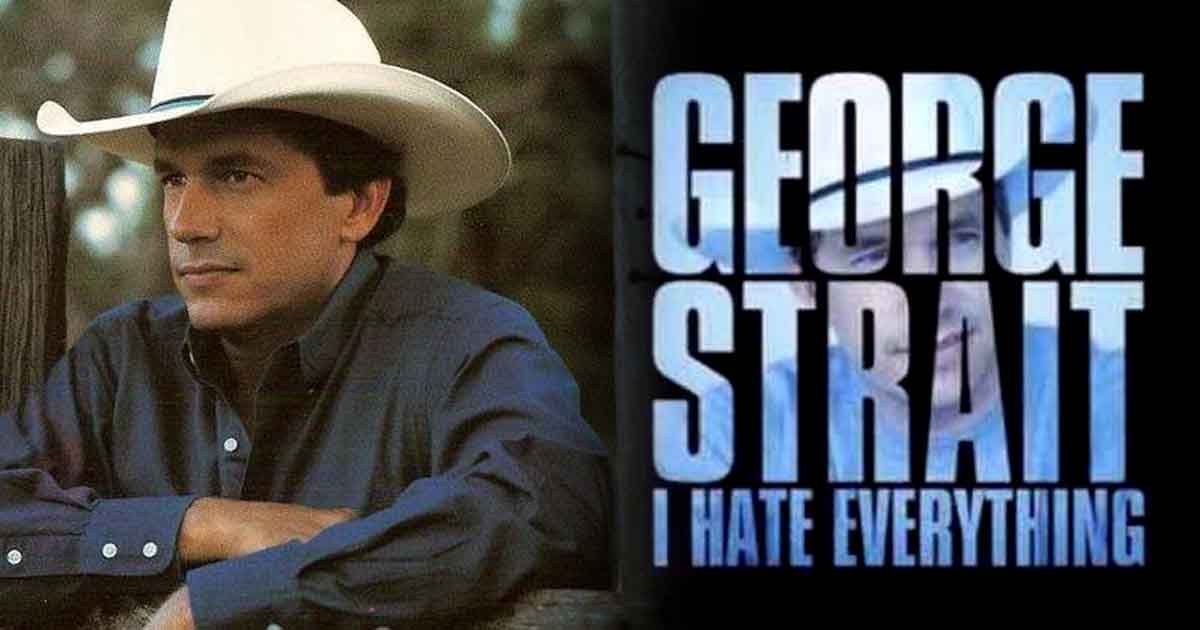 In 2004, George Strait released “I Hate Everything” as the lead single off his compilation album, 50 Number Ones. The song easily ranked atop Billboard’s Hot Country Songs chart and was a crossover success, peaking at No. 35 on Billboard Hot 100.

Written by Garry Harrison and Keith Stegall, “I Hate Everything” tells the story of a man who met a guy in a bar who greatly dislikes everything in his life because of his then-wife. Their separation makes him hate everything – from his job to the bar he’s at and to the drink he’s drinking. He hates even the smallest things, including the four seasons in a year. He feels so miserable that his one-bedroom apartment now feels more like a jail to him.

RELATED: Ten Things About George Strait Many Of You Might Not Know

If it weren’t for his two kids, he’d hate his then-wife as well. But that’s not stopping him from throwing away her faded photograph that’s long been in his wallet – after all, she’s the reason he is feeling this way.

While he knows he should move on and try to start again, he’s having a hard time getting over the fact that she has left him for another man.

Someone’s Despair Can Sometimes Help Add A Sense Of Purpose To Your Own Life.

It turns out the song’s narrator also paid the bar a visit after a fight with his own wife.

However, after hearing the guy’s story, he realized he didn’t want to be like him. So, he gave his wife a call and told her he was coming home to straighten things out. He paid for the guy’s drink and thanked him for everything.

Indeed, this is one of George Strait songs that will make you realize a thing or two. You can listen to “I Hate Everything” by George Strait in the video below.