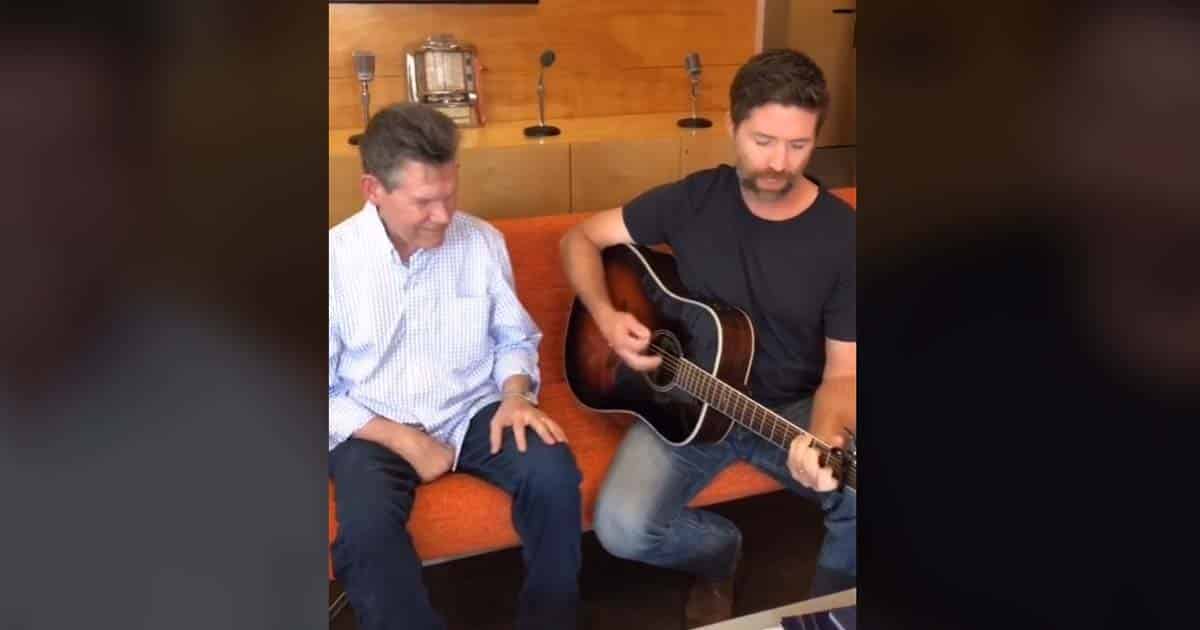 Country Music Hall of Famer Randy Travis has joined TikTok and began posting on the addictive video platform. And one of his early uploads has truly blown away millions of country fans – it was none other than his duet with Josh Turner for the romantic ballad “Forever and Ever, Amen.”

In the short clip, Travis was smiling from ear to ear as he sat beside Josh Turner, singing the country classic’s last chorus. Travis then concluded the live performance with the final “Amen” – just like he does in their recording together.

RELATED: Randy Travis’ “Forever And Ever, Amen” Is One of The Most Romantic Love Songs Out There

The video was uploaded during the release of Turner’s album Country State of Mind, which is composed entirely of cover songs. In addition to Travis’ “Forever and Ever, Amen,” it also features songs by Hank Williams, Patty Loveless, Kris Kristofferson, and more.

“Brand new music out from my friend @joshturnermusic today! I’m proud to guest on his version of #ForeverandEverAmen,” Travis writes in the caption.

Earlier, Turner stopped by The Bobby Bones Show to share details of his new album. Of course, he made sure to bring with him Travis to perform “Forever And Ever, Amen” together.

It Looks Like Randy Travis Is Still Keeping Up With The Social Media Trend!

Randy Travis debuted on TikTok in August 2020 to promote “Fool’s Love Affair.” This is his first single since a destructive stroke robbed him of his unique, influential voice in 2013. And just like most of Randy Travis’ songs from the 1980s, it was a definite hit.

In just a few days, the song helped Travis earn hundreds of followers. As of writing, the country legend now has 2.5 million followers and over 18 million likes.

We’re absolutely excited to see more uploads from Travis. Meanwhile, you can watch his duet with Josh Turner for “Forever and Ever, Amen” in the video below.

@randy.travis Brand new music out from my friend @joshturnermusic today! I’m proud to guest on his version of #ForeverandEverAmen #countrymusic #randytravis #legend ♬ Forever And Ever, Amen – Josh Turner

If Everything Comes To An End, Where Will Our Last Resort Be?

Josh Turner’s “The Answer” Will Guide You Through Your Struggles

Josh Turner’s “The Answer” Will Guide You Through Your Struggles

Seek the 3 Cs From Jerusalem to Jericho with Hank Williams

Seek the 3 Cs From Jerusalem to Jericho with Hank Williams

Vince Gill’s “I Still Believe In You”: Proving The Love

Vince Gill’s “I Still Believe In You”: Proving The Love

“Why Me Lord:” A Cry of Agony from Kris Kristofferson

“Why Me Lord:” A Cry of Agony from Kris Kristofferson

Watch Patsy Cline In a Breathtaking Performance of “Lovesick Blues”

Watch Patsy Cline In a Breathtaking Performance of “Lovesick Blues”