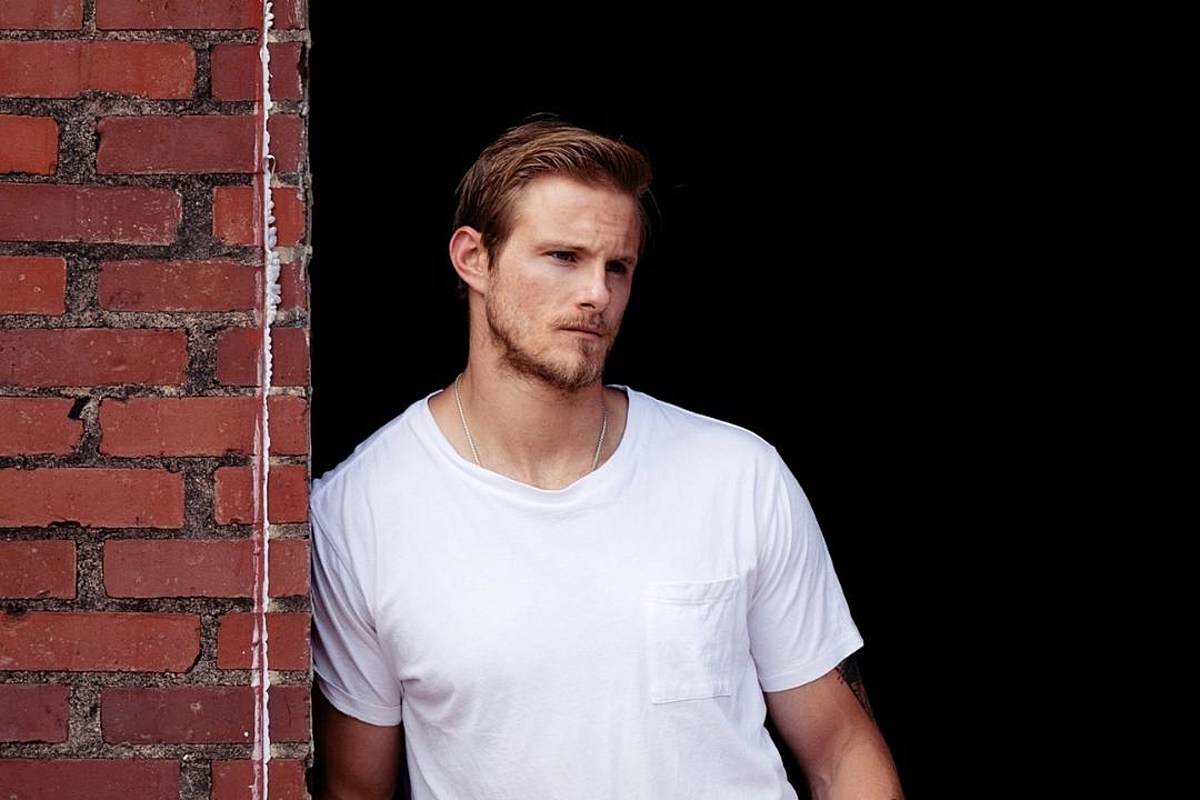 If you think Alexander Ludwig is just another Hollywood star trying to snag quick fame in country music, think again.

“Country music has always been a part of me, it’s just that nobody knew that I guess. Growing up, I’ve always been writing music and playing in little bars all over town,” Ludwig tells Taste of Country. “Once I finished Vikings, I had time on my hands and I started making trips to Nashville, getting in all the rooms and meeting all the right people.”

At 30 years old, Ludwig boasts a laudable resume on the big and small screens. Most known for playing Cato on The Hunger Games, he’s clinched lead roles on Vikings, Lone Survivor, Bad Boys for Life and the Starz TV series  Heels, which was just renewed for a second season. So with an impressive acting career, why is he making this pivot into country music?

“I think it’s the knowing that we’re all going to die one day,” he shares candidly. “As you get older, you realize that life is long, but it’s also short. I never want to look back on my life and regret.”

After inking a record deal with BBR Music Group/BMG and releasing his self-titled EP in 2021, Ludwig is finally ready to make his introductory mark in country music with his debut full-length album, Highway 99. Dropping on August 26, the project is sentimentally named after a road in the Great White North that he often traversed as a child. It was more than “just another road” — it bestowed on him his foundational musical influences.

“Highway 99 is a road in Canada that I grew up driving since I was a kid from Vancouver to Whistler Mountain. All my favorite memories as a child were spent in the mountains in Whistler in my family’s cabin. That’s where I learned to play guitar and that’s where I wrote my first songs,” shares Ludwig, who’s written songs since he was 12.

“That stretch of road is a two-lane highway the whole way up. It’s called the Sea-to-Sky Highway and I remember listening to my mom play Alan Jackson, Garth Brooks and Shania Twain. It was this stretch of road that I got my musical education,” he says, citing Kenny Chesney, George Strait and Jason Aldean as other cornerstone influences. “So similarly to this winding road overlooking the pacific ocean all the way into the snow-capped mountains of Whistler, I wanted this album to have that same roller-coaster of emotions. It’s definitely an album you can drive through. Honestly, it’s just the ride of my life. I’m extremely proud of it.”

The LP will feature real-life stories chronicling small-town life, wild nights, broken hearts and big dreams. Sonically, it will boast a holistic collection of ballads, mid-tempos and “a lot of tempos,” just like the first single, “Faded on Me.”

Out now, the ebullient, roll-your-windows-down summertime song introduces listeners to the down-home country guy that Ludwig is with narrative and stylistic elements he personally loves. In fact, the singer says it’s one that aptly encapsulates his entire record.

“I’m a man of simple means / My true north is Tennessee / A troubadour and I wear my jeans / ‘Til they’re faded on me / I parked on the cliffs way up / To see the world like a blackbird does / Talk to God til the tie-dye sun is faded on me,” goes the self-descriptive opening verse.

Although Ludwig didn’t write this song, he had no qualms or ego about recording it — a lesson he learned in part from country superstar and fellow BBR Music Group labelmate, Jason Aldean.

“‘Faded on Me’ was one of those songs that I wish I had written. When I talked to Jason or some of the great artists I’ve been blessed to know, I realized that there are so many talented writers out there. If you hear a song that’s true to you and speaks to you, there’s nothing wrong with [recording] it as well,” Ludwig says of the Jon Nite, Josh Osborne and Ross Copperman-penned track.

“That was my experience with this one, I absolutely loved it! It’s a feel-good, summer jam, but it’s also rock ‘n’ roll and fun. I didn’t want to play it safe. I think everybody could have expected me to put out a slow love song. I always think that love songs are the easiest songs to write too. Not that it’s a bad thing, but it’s probably because we experience it so much. What I liked about ‘Faded on Me’ is that it didn’t have anything to do with that,” he adds.

While Ludwig is bursting with excitement for his debut album to drop, he is aware of the challenges that lie ahead — some of which are very unique to him.

“It’s really terrifying and it’s more terrifying because I’m an actor. I think if I wasn’t an actor, I wouldn’t care and I would just be like, ‘This is my music and I hope you like it,’” he admits with unrestrained candor, alluding to the looming stereotype that exists. “It’s so cliche for actors to turn into musicians or musicians to turn into actors. The last thing I want is people to think that I’m doing this for any other reason other than the fact that I love it.”

These challenges had already surfaced last year when he was gearing up to release his self-titled EP, the first set of music he released as a country artist. Instead of approaching it with confidence and optimism, he was on tenterhooks waiting for the public’s feedback.

“That’s the sad thing. It wasn’t even ‘will people like the music?’ It was more like, ‘F—, I hope people see this for what it is,’ which is a dude who loves country music and always has. I just want to communicate from a really authentic, truthful place. This is me. I know it’s cliche, but I really love doing this and I hope to play at a bar near you. That’s really it.”

Sure, Ludwig would love to make his Grand Ole Opry debut or be inducted into the Country Music Hall of Fame one day, but he isn’t losing sight of the gift of the present and the great fortune he is to make his dreams a reality.

“Success to me in this business is right now. The fact that I can make music and put it out is amazing,” he says. “People always ask me, ‘Are you an actor or a musician?’ and I say I’m a storyteller. Country music is the greatest storytelling on the planet. It’s a different kind of storytelling than film and television, but that is what it is. There’s more to me that I want to show and contribute to the world. This is one of those outlets for me to do that and I want to do it as long as people will have me.”

Ryan Hurd Shows Off Skating Skills in ‘Pass It On’ Video
Sturgill Simpson’s Advice For Aspiring Musicians Moving To Nashville: “Don’t Come To Nashville, Get A Van & Start Playing Everywhere Else”
Miranda Lambert Reveals Her Mom Beat Breast Cancer
Luke Combs Is Determined to Lose Weight for His Son
Is Miranda Lambert The Queen Of Country Duets?